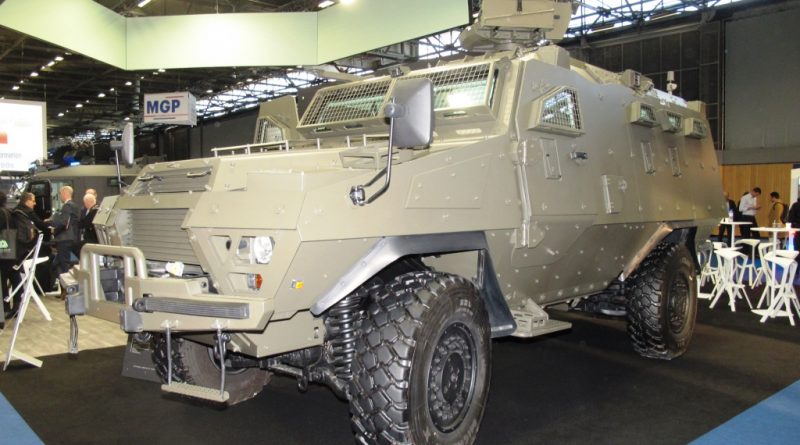 During Milipol 2019 Arquus organised a press conference that allowed having a full view on its security production, with some news also on its defence vehicles.

In its opening remarks Emmanuel Levacher, the company CEO, underlined the development trends followed by the Volvo Group, which owns Arquus, the focus being on three major issues, electro-mobility, robotisation and connectivity. On its side Arquus is also working on protection, integration, fire support and innovative architectures, all this having an impact on current and especially on future vehicles and systems.

“Coming to security vehicles, the increased terrorist risk and the higher threat in general terms is increasing the request for multirole, modular and highly protected vehicles,” the Arquus CEO stated. Threats are coming from projectiles drones, incendiary bombs, IEDs and, in some country, also military weapons; this is leading Arquus to apply military concepts to its security vehicles.

These range from 3.5 to 21 tonnes, and include support as well as special missions vehicles, ranging from lighter ones used as patrol and border security vehicles, to those used as personnel transport and public order vehicles, and finally to specialised vehicles, dedicated to Special Forces and counter terrorism duties. All public order vehicles, Sherpa APC, Fortress, Higuard and VAB, can be fitted with dozer blades capable to deal with barriers erected by demonstrators.

“Within year end we will deliver the 1,000th Sherpa and the 500th Bastion,” Jean-François Martin, senior-VP Sales at Arquus announced to the audience, the numbers including both military and security sales. He then detailed the successes obtained in the security field by the company vehicles. The 11 tonnes Sherpa Light fitted with the assault ladder has been sold not only to the French GIGN but also to various export customers, among them the Brazilian Federal Police and Indian security forces, while the Sherpa APC has obtained successes in Latin America, Asia, and in several Middle East countries. The PVP is being used by the French Police RAID and has been exported to Senegal and to Chile. The Bastion has been a best seller in Africa, both for military and security missions, the main customers being Senegal, Congo and Cameroun. As for the 14.5 tonnes Fortress, this has been sold to some Western countries but the interest for such type of vehicle is increasing. As for the MIDS, 2019 saw several vehicles heading towards Africa and the Middle East, the total number of vehicles being over 150, most of them exported in the Middle East and in Colombia. Finally the Higuard was sold mostly to Singapore, which is the main Asian customer with around 80 vehicles, Middle East countries being also among customers.

One of the current customers is the G5 Sahel group of nations, made of Burkina Faso, Chad, Mali, Mauritania, and Niger. Around 50 Bastions, mostly APCs with some PATSAS for Special Forces, are being delivered, while 200 more were ordered in different contracts by those nations and by neighbouring nations.

“As for support, Arquus is offering the same schemes that were offered to the military,” Arquus CEO explained, underlining that the RAID’s vehicles maintained a 97% availability, thanks to the maintenance network and its capability to quickly act where needed. The French Gendarmerie has the need to update its vehicles’ fleet, and Arquus is ready to support it, Levacher said. Apparently however the process might take some time, as the Ministry of the Interior procedures are less structured than those adopted by the Ministry of Defence, the other major customer for Arquus, 80% of the French Armed Forces vehicles being from the company, or better say from those companies that now are part of Arquus.

Asked about the Griffon programme, the 6×6 vehicle for the French Army part of the Scorpion programme, Mr. Levacher said that all chassis for the 92 vehicles to be delivered before year end have been handed over. In fact Arquus delivered 120 kits for assembly.

Anticipating 2019 financial results, he also said that the turnover should exceed 600 million Euro, inviting the audience to the March results press conference for more precise data. 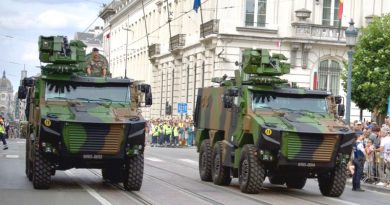 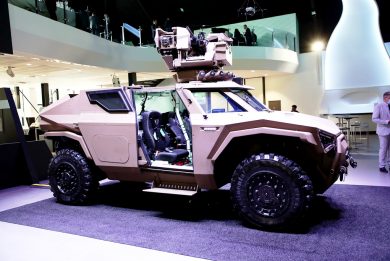 21/07/2021 Paolo Valpolini Comments Off on Arquus Technodays: looking at the future