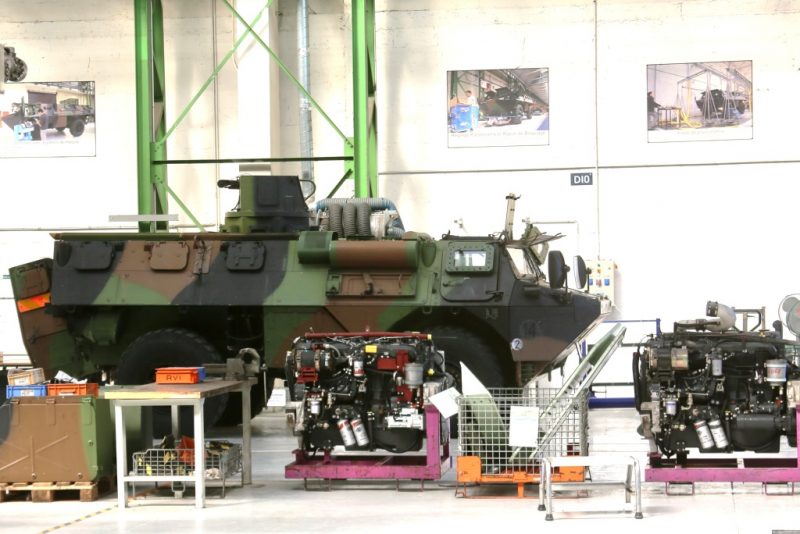 Visiting the Arquus facility in Garchizy, some 200 km south of Paris, means witnessing the renovation and modernisation effort done by the company both in the production area as well as in the after-sales support, considerable investments having been made in cutting-edge robots for armour welding as well as in the development of Arquus logistics hub.

Following the presentation by the site director, Mr. Thierry Bitschnau, the first step took EDR On-Line to visit the group’s innovation, the so-called AIP (Autonomie Initiale de Projection), for initial projection autonomy, a concept developed together with the French Army, which is by far the main single customer of the company. The AIP comes in the form of containers organized and loaded as an independent workshop, consisting of a storage of basic spare parts intended and dedicated to each vehicle in the Arquus range. In agreement with its main customer, the container can also be composed of specific orders optimized and easy to ship in record time, to any theater of operation.

The rapid projection of these AIPs allows efficient logistic support to meet both customer’s demand and the need for repairs and replacement of mechanical parts in the field by Army maintenance teams.

The Garchizy site of excellence has also developed an impressive 20,000 m2 logistics platform, 15,000 m2 of which are reserved for the storage of just over 35,000 part numbers. Thanks to an investment of 10 million Euro, the platform is in full expansion, with 5,000 order lines per month, which enabled it to ship more than one million spare parts worldwide between 2018 and September 2020. With a new investment of 2.5 million Euro, the area is still growing both in storage capacity and in reactive response, since today it is capable of dispatching a specific request in less than 24 hours. At the same time, shipping and delivery docks accommodate a daily ballet of 50 trucks, to ensure the constant flow of the logistics platform.

The other investment of 1 million Euro is in advanced robotics that are increasingly widespread in the production of ​​armored cabins. The pieces arrive already folded and cut before being assembled on a marble and then welded by a robot. The cabins are mounted on rotators, which facilitate perfect accessibility of the robot arm that can easily reach the outer periphery as well as penetrate inside armored cabins. Many vehicles of the Arquus range are assembled at Garchizy, such as Sherpa, Bastion, Scout, the site also manufacturing the add-on armour kits for the VAB and the VBL Ultima.

As part of its MCO (Maintenance in Operational Conditions) mission, Garchizy also provides storage for propulsion components, transmissions and suspensions and various parts, for the repair and maintenance of Arquus vehicles, including VABs, CBH and TRM2000, the latter having now been transferred to the St Nazaire site.

Finally, the VAB Service chain upgrades all those light armored vehicles with successive phases of on-track testing, diagnostics, dismantling, add-on armour, repairs and replacement of mechanical components before delivering them back again to the French Army. These operation, ordered by the service, fall within the framework of the MCO.

The Garchizy facility already turned towards the future thanks to the numerous investments, constantly improving the processes of reception times and delivery of spares, storage capacities, with innovations facilitating maintenance by projection to respond in very short deadlines to cuostomers’ needs. The manufacturing and upgrading chains are optimized while respecting the cardinal axes of safety, quality, deadlines and costs without in any way neglecting the environment and the competent teams, including a very human management. 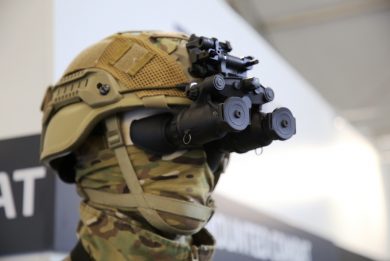 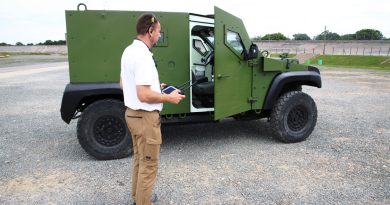 30/05/2019 Paolo Valpolini Comments Off on Step by step, towards autonomous vehicles