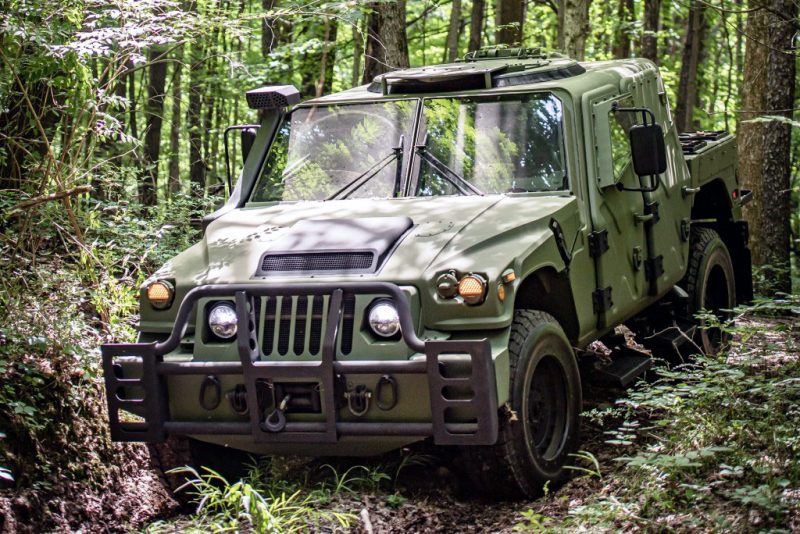 What we saw over two years ago in Paris during Eurosatory 2018 was quite misleading; the final look of the latest evolution of AM General’s HMMWV, the NXT 360, is pretty different. “We redefined survivability,” Nguyen Trinh, the company Executive Vice President, International Defense said during the presentation webinar. Although protection levels remain undisclosed, he stated that the new vehicle ensures “MRAP-type protection on 360° against kinetic energy threat and against blast.” The latter is provided by 437 mm ground clearance, the underbelly protection, by a floating floor and by energy absorption seats. The vehicle virtually exhibited was in the four-seats version. One feature that could be immediately seen was that passengers seating in the rear could not have a direct view on the sides and at the back: “we considered how the soldiers sit in the back, and we came up with a solution that includes two wide-angle cameras on the rear doors, their images being shown on two high-definition low-latency screens that are installed where transparent armour would be, providing a much better situational awareness, both day and night,” Nguyen Trihn explained. Considering that at the same protection level transparent armour weighs roughly four times opaque armour, this was also a key element in reducing weight.

The NXT 360 has a gross vehicle weight of 6,400 kg and is powered by a 205 hp 6.5V V8 turbocharged diesel engine, which gives a power-to-weight ratio of 32 hp/t; the engine is linked to a 4 speed electronically controlled transmission, a 2-speed transfer case being fitted for improving cross country mobility at very low speeds. The 95 litres fuel tank ensures a 400 km range. Although no numbers were given on commonality with the current HMWWV models, Mr. Trinh stated that the automotive elements of the NXT 360 are based on those of current production vehicles, with some of them adequately strengthened to cope with the higher GVW. The new vehicle is fitted with heavy-duty suspensions, electronic stability control and traction control, while the ABS (Anti-block Brake System) is provided as optional. The dimensions are similar to those of existing HMMWVs, “The NXT 360 being transportable by transport means that can transport current vehicles,” Nguyen Trinh said, the new 4×4 being transportable under slung by Army and Navy helicopters, as well as by C-130 and bigger fixed wing aircraft in their cargo bays.

This is true also for the up-armoured version, known as NXT 360 ES, which GVW climbs up to 7,000 kg. To cope with the higher weight while maintaining mobility it is equipped with a 250 hp engine, coupled to a 6-speed transmission, which increases power-to-weight ration at nearly 36 hp/t, long travel suspensions ensuring smooth aired to its occupants. The NXT 360 ES is also equipped with a news digital backbone that allows easy integration of add-on systems, among which HUMS that will make maintenance easier. Beside the four-seats configuration “seen” at the presentation both models will be available in six- and two-seats versions, the latter with a rear flatbed that will allow to load systems of different kinds, to give birth to a series of versions ranging from CASEVAC to weaponised vehicles.

None of the two NXT 360 versions is in production yet: “the vehicle is production-ready and production will start very soon,” Mr. Trihn said. The US Army has shown interest in the vehicle, while on the export market the first nations targeted are those that already deploy the AM General 4×4 vehicle of the older types. Looking ahead AM General Executive Vice President, International Defense confirmed that the company is looking with interest at possible technology insertions, the most obvious being hybrid and electric propulsion, as well as unmanned solutions. But for what concerns technology AM General will provide a specific briefing on Day 3 of AUSA Now. 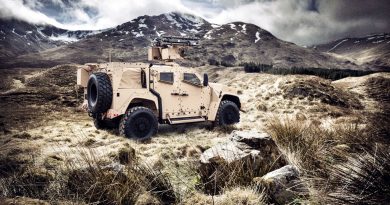 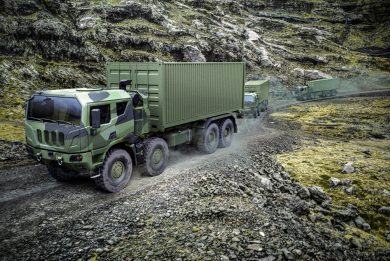 AM General Teams with IDV in Pursuit of The U.S. Army’s Common Tactical Truck Program

10/10/2022 Paolo Valpolini Comments Off on AM General Teams with IDV in Pursuit of The U.S. Army’s Common Tactical Truck Program