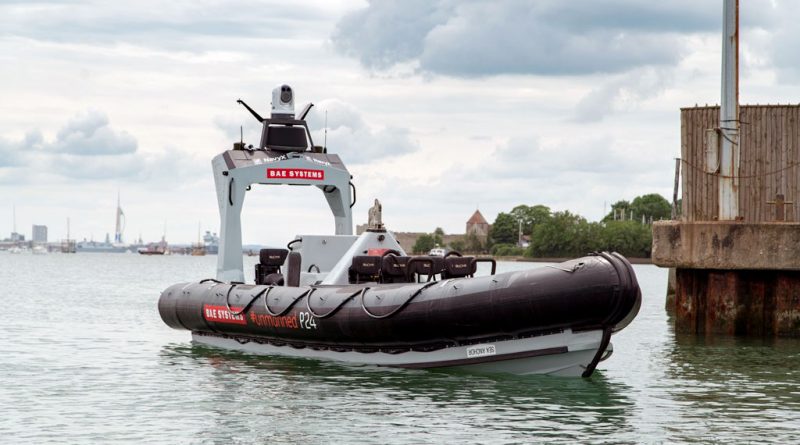 Autonomous Pacific 24 Rigid Inflatable Boat is crewless so has potential for dangerous small boat missions such as force protection and anti-piracy.

Will be stowed and operated from Royal Navy warships and could roll out across the future naval surface fleet.

The autonomous capabilities of BAE Systems’ Pacific 24 (P24) Rigid Inflatable Boat (RIB), a staple in the Royal Navy surface fleet, could significantly enhance the Royal Navy’s ability to protect its sailors at reach, as the upgraded sea boat is able to execute its own missions without crew and be run from a warship.

Such missions could include anti-piracy operations, border control, persistent intelligence gathering, maritime security and force protection, all while keeping a sailor safe from harm.

The autonomous P24 has been procured under the Royal Navy’s autonomy and lethality accelerator programme, Navy X, which aims to deliver new technology into the hands of sailors and marines at pace.

Minister for Defence Procurement Jeremy Quin said: “Commencing the trials of the crewless Pacific 24 boat is an important stepping stone in the Royal Navy’s development of its autonomous capability to ensure our fleet remains at the forefront of military innovation and technology, ready to meet the evolving threats of modern warfare.”

Brooke Hoskins, Products & Training Services Director at BAE Systems, said: “It’s fantastic to see the Royal Navy’s first autonomous Pacific 24 enter the water during this challenging time. This milestone has been a goal since we demonstrated the autonomous capabilities of this sea boat last year.

“It is a key step in supporting Navy X, turning what was originally an innovative research and development experiment into a fielded capability for the Royal Navy.

“This contract is one of the first autonomous boat contracts for Navy X. We are proud to support the Royal Navy’s autonomous requirements, which includes increasing its operational effectiveness while reducing the burden on, or threat to, its sailors.”

Lt Cdr Rob Manson, Navy X Requirements Manager, said: “The autonomous P24 is not just a step-change for the Royal Navy in unmanned operations, it also ensures we remain at the forefront of technological improvement and innovation.

“While initial tasks are likely to be familiar to our Royal Navy crews who already operate manned P24 RIBs, the autonomous nature of this craft adds huge capability and flexibility.

“Additionally, this capability can be constantly improved, allowing continuous updates and capability upgrades, resulting in regular additions to the toolbox of our sailors and ships.”

The successful launch of the sea boat took place at Trafalgar Wharf, Portsmouth, earlier this month, in spite of the challenges posed by the current COVID-19 pandemic.

BAE Systems and Navy X will continue to collaborate on the development of its first autonomous P24 which is carrying out a series of acceptance trials throughout 2020.

The success of these trials could determine whether the Royal Navy decides to upgrade or procure an entire fleet of such craft. This could include their adoption on future classes of warships, such as the Type 26 or Type 31 frigate. 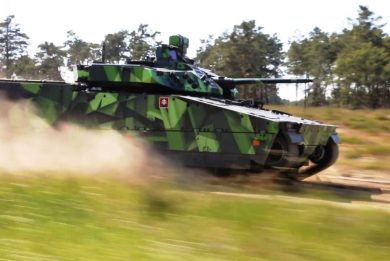