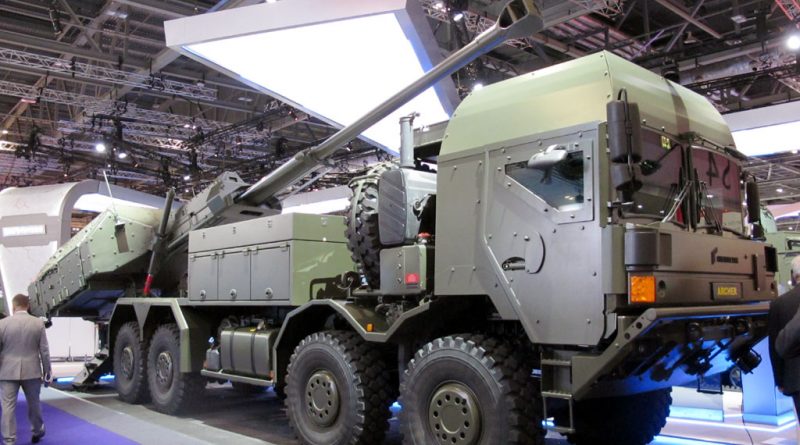 On March 5, 2019 the first Request for Information (RfI) to industry was released by the Mobile Fires Platform (MFP) project team, the aim being to field a new fleet of 155mm self-propelled guns that will support the armoured infantry as well as future Strike Brigades, replacing the ageing AS90 155/39 mm SP tracked howitzer, in service with the British Army since the early 1990s. The aim is to increase the indirect fire capability delivering a much wider range of effects at a much greater range compared to what can be obtained with the AS90. Although the calibre will not change, the system will include not only a new gun but also a new charge system and a suite of new ammunition. Mobility is stressed however no choice between wheels and tracks seems to have yet being made. That said, numerous wheeled vehicles were present at DSEI, the only one in real being BAE Systems Archer in a new configuration, based on a Rheinmetall MAN Military Vehicles (RMMV) 8×8 chassis.

While the 24 Archer delivered to Sweden are based on a Volvo articulated chassis, six more being delivered before year end with the delivery of 18 more planned for 2020, the system shown at DSEI is the result of the work carried out with RMMV, the aim being of obtaining a modularised system that can be installed on any 8×8 truck. The system was defined as a test bed/technology demonstrator by Ulf Einefors, director of marketing and sales for BAE Weapon Systems Sweden, who made it clear that full calculation and dimensioning has still to be done, “so we will start firing with low charges,” he said. “We will improve the truck rigidity next year,” he told EDR On-Line, the aim being to test the gun with full charge. Modularisation does not aim only at an easy adaptation of the gun system onto a chassis, but also at that of modules dedicated to operators, ammunition and charges, minimum protection required by the British Army being Level 3. Such a solution might be adopted also by Sweden, should this country decide to increase its artillery; while indirect support in the northern regions will be ensured by the Archer systems currently in service, in southern regions a truck-based solution provides sufficient mobility, such a solution also allowing to reduce acquisition costs.

The Archer is fitted with an autoloader containing 21 indexed rounds of different types and 18 equivalent full charges. When travelling the gun length is reduced, the barrel being retracted to the maximum recoil position and locked. In and out position time is under 30 seconds, rate of fire being 6-8 rounds per minute, with 3 rounds in 15/17 seconds (depending on charges). The single gun is fitted with positioning and command and control systems, so once the target grids are received it does not need the presence of a battery or battalion fire command post, if not for coordination. Archers being currently delivered to Sweden are not capable of Multiple Round Simultaneous Impact capability, as this was not among the requirements of the current customer. “We are however ready to implement that capability, as it is only a software issue,” Ulf Einefors said, underlining that it is something foreseen for the international market.

Reloading the autoloader takes between 5 and 8 minutes; an ISO 20 container is used, a crane being used while a bar code system is available for indexing the rounds. The current Archer configuration allows a +85° maximum elevation and a 170° azimuth arc of fire, BAE Systems aiming at maintaining those figures also in the international configuration, specifying that top charges cannot be fired at all angles.

The MFP programme is being managed by the Artillery Systems team in the Land Equipment Operating Centre, and aims at fielding five regiments, the maximum number of systems to be acquired being 98. A first unit should be operational by late 2020s, a decision being foreseen for mid-2020s. 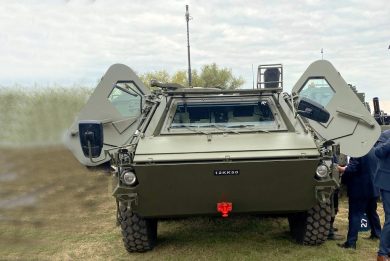 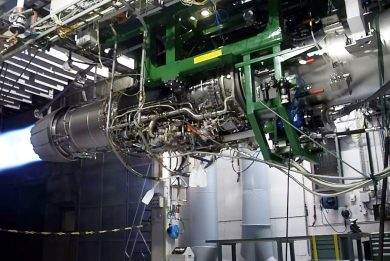