Schiebel and the Netherlands Aerospace Centre (NLR), the Netherlands Coastguard and the Royal Netherlands Air Force conducted a series of successful flights with a newly developed airborne Detect and Avoid System at the airport of Den Helder in December 2015. The AIRICA (ATM Innovative RPAS Integration for Coastguard Applications) project marks a major step forward in the process of safe integration of RPAS (Remotely Piloted Aircraft Systems) into all classes of airspace. 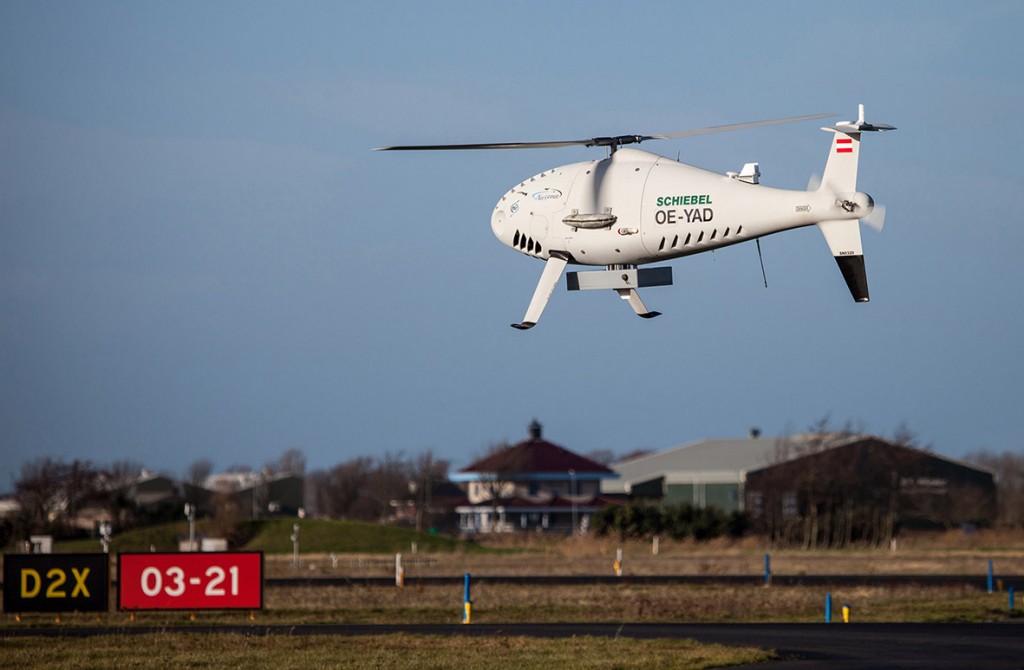 During a special demonstration held at De Kooy Airfield in Den Helder, Schiebel provided it´s unmanned helicopter, the CAMCOPTER® S-100, onto which the NLR developed AirScout Detect and Avoid System was installed. The Netherlands Coastguard provided a Dornier Do-228 as “intruder” and the Royal Netherlands Air Force contributed with an Alouette helicopter as “intruder”, and provided the Air Traffic Control services.

Several scenarios were successfully executed where the CAMCOPTER® S-100 “unexpectedly” encountered an intruder aircraft. The system then determined in real time the corrective action to ensure the necessary separation from the intruder aircraft.

The AIRICA project is funded through the European SESAR programme (part of the Single European Sky initiative) and the key focus – integration of an RPAS into the airspace for Netherlands Coast Guard´s applications – was effectively demonstrated during the flights.

Edwin van der Pol, Head of Operations Kustwacht: ”In the future we hope to use unmanned systems for our search and rescue operations. These trials are important to achieve regulations for bringing RPAS into non-segregated airspace.”

Chris Day, Head of Capability Engineering at Schiebel: “This demonstration is another positive step towards unmanned air systems gaining access to a broader range of airspace.”