For the first time the Thales SEARCHMASTER® radar developed as part of France’s ATL2 maritime patrol aircraft upgrade programme, and available for export make it the first flight.

This major milestone for the ATL2 upgrade and the SEARCHMASTER® is proof of the advanced state of development and maturity of the radar, just two years after the contract was awarded. 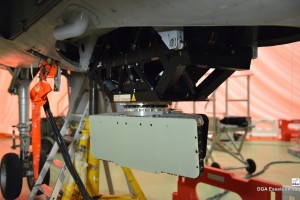 This phase started on 29th January and was prepared in partnership with Dassault Aviation. It marks the start of the 6-month flight test campaign. Flight testing will involve an integrated team, with personnel from Thales, the French defence procurement agency (DGA) flight test centre and the French Navy (“CEPA” or operational fly test and evaluation centre). During the campaign, the radar will be tested in real-life operating environments (air-to-surface, air-to-ground and air-to-air operations).

The first production radars will be delivered in the first half of 2017.