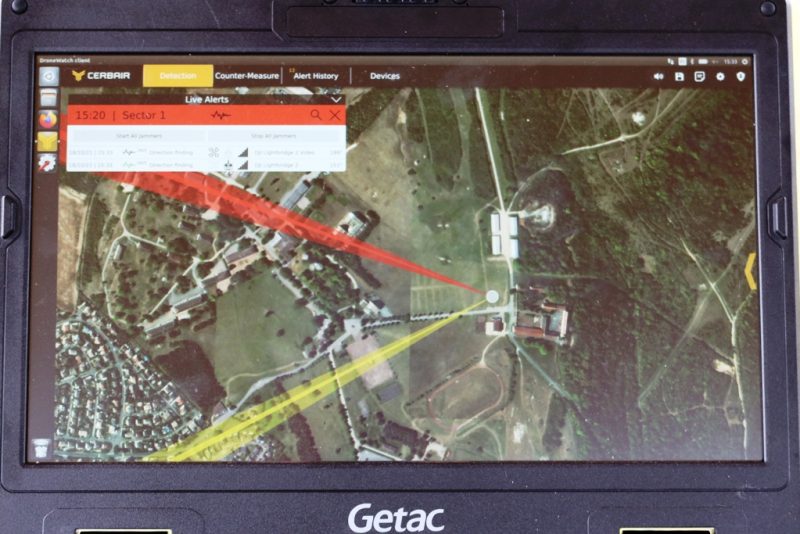 “Thousands of drone incidents happen at world level every year,” Lucas Le Bell, the CEO of Cerbair, a six-year old French company specialised in Counter-UAS technology, who together with David Morio, since 2019 the General Manager of KEAS, part of the Telio Group, presented their common solutions at the Beynes training area during a demonstration organised on the eve of the inauguration of the 22nd edition of Milipol Paris, two days before the official announcement of the global strategic partnership between the two companies which should create a French C-UAS champion that aims at becoming a key player in the hyper-competitive anti-drone industry.

The event at Beynes allowed to see in action the various products of both companies, capable to detect, identify, locate and neutralise a quadcopter. Cerbair developed systems capable to analyse the radiofrequency spectrum, compare the signal protocols emitted and pick up those that correspond with its data base, giving an alert as well as information on the potential threat; two indications can be provided, that on the air vehicle and that on the command signal origin, different actions being then carried out.

If a suspect indicator is identified among the RF noise but does not correspond to those in the data base, new algorithms based on artificial intelligence are being developed that allow to establish the identity of the incoming drone with a good degree of probability. “Our systems are effective against what NATO defines Class 1 drones,” Lucas Le Bell explains, adding that although unknown drones might use different links, nonetheless these have some rules in terms of protocol, frequency hopping and size of information packages, all those allowing identifying with good approximation if a signal is a drone data link or not.

Electronic warfare is a key element in countering drones, as well as in many other activities, and is getting more and more importance, especially considering potential confrontations with peer adversaries. Jamming is definitely part of that, and it is the specialty of KEAS. The company has developed digital as well as analog systems, both for fix installations as well as for vehicle mounted systems.

The two companies have already worked or are working together at least on three major programmes. The first led to the deployment of antidrone systems in some 15 French prisons while the second aims at protecting the sea lanes leading to the Brest naval base, which among other hosts French Navy nuclear-powered ballistic missile submarines. The third is still running; known as Parade, this programme launched by the French DGA aims at providing a 360° protection to military or civil sites in France or downrange. Each system will include at least a command and control system, a radar, a direction finding system, an optronic system and a jammer. Cerbair and KEAS are part of the Sky Warden team, led by MBDA which by the way is a minority shareholder in Cerbair. But this are only the starting points that led to the organic partnership made official at Milipol. Although this does not include any financial operation, the two companies have very clear ideas on what this operation might target. “First of all we decided common strategic development directions, which are ensuring security of prisons, that of sensitive sites, and counter-UAS both in the civil and military arena,” David Morio says. The two companies also agreed on the technological roadmap at medium and long term. Other key areas that will benefit from synergies between Cerbair and KEAS are commercial and marketing organisation, as well as communication and promotion, the two companies having already decided to participate with a common stand at Eurosatory, the Paris land and security exhibition that will take place in June 2022, the same scheme inaugurated at Milipol 2021. According to the two managers the teams of both companies already work hand in hand. The close links to major defence industrial groups, some having shares in the capital of the two companies, Cerbair and KEAS aim at aggressively compete n the international market, while remaining open for increasing the number of players in this partnership announced in mid-October 2021. 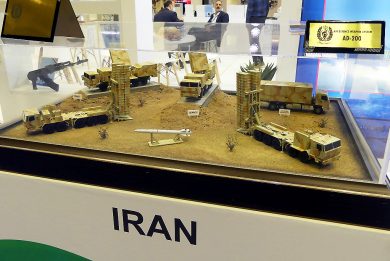