On April 16th, 2016, Farquhar Island, located in the Seychelles archipelago, has been hit by the cyclone “Fantala” which developed in a major hurricane. The eye of this hurricane, classified at the ultimate category 5 tropical cyclone, passed directly over Farquhar Island. Gusty winds of over 300km/h have been recorded, causing many damages. 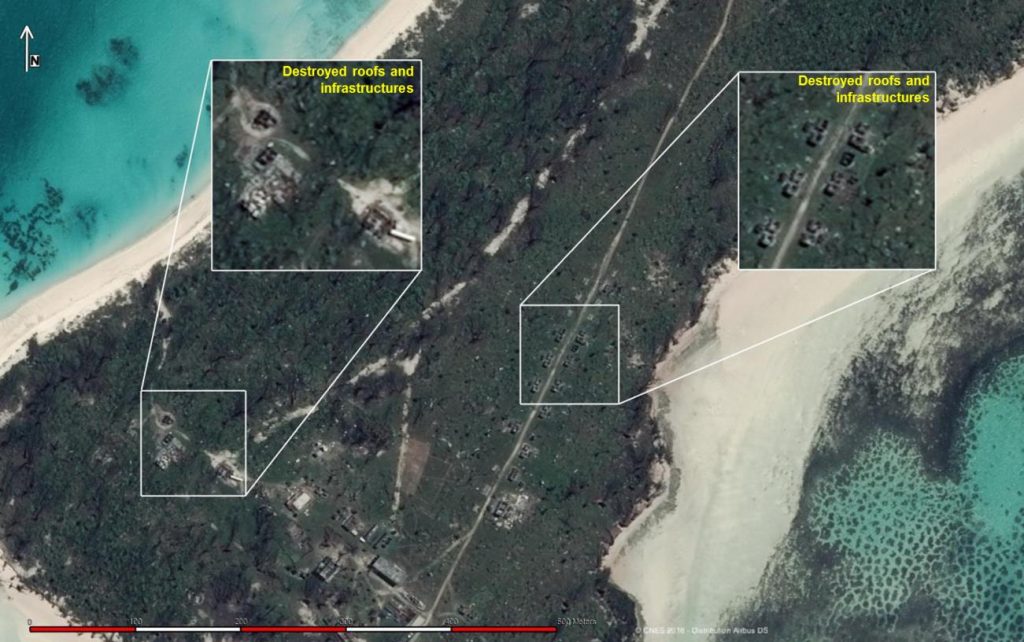 The map shows the impacts on the coastal area affected by the hurricane. It indicates the flooded regions and debris zones as well as destroyed infrastructures. This change detection analysis is based on two Pléiades and SPOT satellite images acquired on April 11th, 2016 (pre-disaster) and April 22nd, 2016 (post-disaster).

SPOT 6/7 and Pléiades 1A/1B are two optical satellite constellations – operated by Airbus Defence and Space – offering high and very high resolution of 1.5m and 0.5m. This capacity is crucial to evaluate the extent of impacted areas and their location. Detailed information provided by the images helps optimise the efficiency of the rescue operations, sometimes in remote and difficult-to-access areas.

Reactivity is also key to rapidly respond to emergency situations. When such events occur, Airbus Defence and Space can rely on its wide-range satellites fleet, which is then activated instantly, in few hours. This capacity is especially relevant for this kind of time-critical situation.