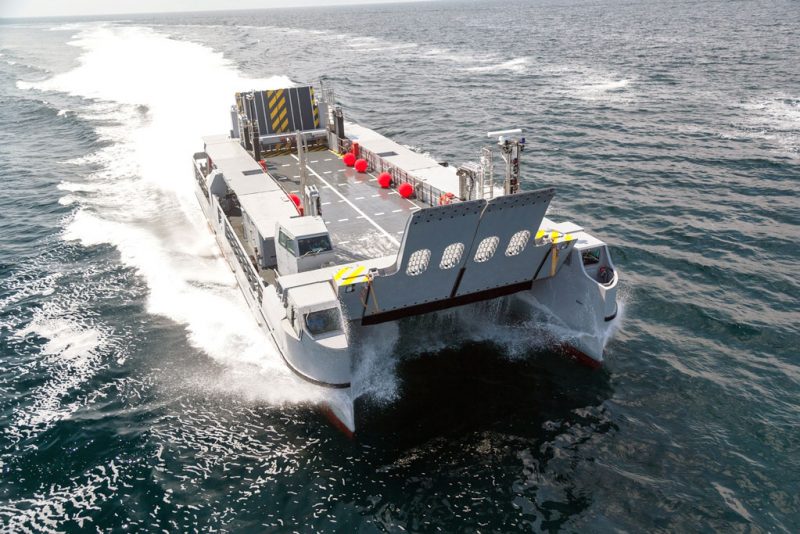 CNIM, the French industrial engineering company active in the environment, energy, defence and high technology sectors, opted since last August not to participate in Euronaval due to the pandemic that hit the world in early 2020. That said, in normal time its participation would have been aimed at promoting three of its pillars in the defence sector.

“Our intention was to promote our amphibious landing vessels, our naval equipment, and our surveillance systems, the latter being a first as we recently added them to our portfolio,” Xavier Montazel, the company Director of the Defence and Maritime Business Unit tells EDR On-Line.

Following the signing of the contract with the French Navy for the EDA-S (Engin de Débarquement Amphibie Standard) and with the EDA-R (Engin de Débarquement Amphibie Rapide) already in service, respectively the standard and the high speed amphibious landing craft, which are known commercially as LCA (Landing Craft Assault) and L-CAT, CNIM is now turning to the export market to exploit the label provided by the use with the national armed forces.

The four EDA-R were delivered to the French Navy in February 2013 while the EDA-S should start replacing the CTM (Chaland de Transport Matériel) landing crafts next year.

“The delivery of the first two EDA-S was scheduled for September-October 2020, however due to the lockdown impact on the activities at the SOCARENAM shipyard in Saint-Malo the French Navy will get them in March 2021, to start a six-month trial period,” Xavier Montazel explains. These two craft represent the first batch, and will be used for qualification. Seagoing behaviour and performances will be verified, as well as embarkation and disembarkation issues. We must remember that the EDA-S has been designed to transport, among others, the new vehicles developed within the French Army Scorpion programme, which were not available when the craft was designed, well before the January 2019 contract signature date, thus it is now time to verify in real what was designed based on virtual models. Operations will be carried out both on beaches and on quays, as the EDA-S has been designed to operate in both situations. “The six-month trials will allow to identify any possible minor adjustment needed, and will also provide the Navy with the opportunity to require the integration of further capabilities and systems,” Montazel adds. Compared to the older CTM the new craft can reach the beach at double speed, 11 knots at full load, while carrying more equipment, normal payload being 60 tonnes with an 80 tonnes maximum payload, the available load surface increasing from 70 to 115 m2, those data being referred to the 29 meters long version, the one ordered by France, a shorter 23 meters long LCA being also available. Another key feature is its roll-on/roll-off capability, which makes loading/unloading operations much easier and quicker. Once the qualification will be completed CNIM will start producing the remaining four craft included in the contract, eight more being considered as option. “Looking at the export market, the LCA is definitely the key product in our naval inventory, as many nations need to replace their ageing fleet of landing craft,” Montazel tells EDR On-Line. Australia and the Netherlands are among those countries, the LCA being designed to operate from NATO well deck.

Coming to the EDA-R, the French Navy has been using this high speed catamaran ship-to-shore connector for over six years both in exercises and operations, namely in Djibouti in 2012, Saint Martin in 2017, Mozambique in 2019 and Lebanon in 2020. Two more L-CATs are in service with the Egyptian Navy. Capable to carry a payload of 80 tonnes, 100 tonnes maximum with a platform area of 127 m2, it can reach 18 knots when sailing in catamaran mode, and can operate in shallow waters in displacement mode, becoming a flat bottom barge with a draft of 1 meter at full load.

Together with the ship-to-shore version of its L-CAT, CNIM promoted a shore-to-shore version that has never been built in real. Longer, 36 versus 30 meters, with a greater beam, 14 versus 12 meters, dimensions being less critical as it did not needed to be hosted in a well deck, its payload was the same, albeit the platform area was bigger, 145 m2. Capable to sail on longer distances, 800 versus 500 Nautical Miles, and at higher speed, 25 knots at full load, it was to be armed with medium calibre weapons and could transport 42 seated passengers plus the crew. “The shore-to-shore version is mostly aimed at the export market, the Middle East being currently our main target region,” Xavier Montazel tells us.

“Based on the experience achieved with LCAT in France and Egypt, we are now developing the L-CAT Mk2, which targets NATO countries”. No data sheet was available, however dimensions will remain those of the EDA-R; compared to the 36 meters long shore-to-shore version it has no passengers transport capability. Displacement will be higher, the structure being reinforced to accept two 20 mm automatic guns on the bow and one 12.7 mm machine gun at the rear, a higher ballistic protection level to protect the crew. Two hydrofoils instead of the single one available on the in-service LCAT will be fitted to each hull, one at the front and one at the rear; according to CNIM , this is one of the key upgrades of the Mk2,as it not only improves performances but also provides a better comfort at sea. As forpropulsion, this will be increased by 20% to allow the craft to reach 25 knots at full load and 35 knots at light displacement; the current powerplant is based on two engines providing 1,340 kW each, activating two water-jets per hull. The full project will be unveiled at DSEI 2021 in London next September, COVID permitting.

For the time being, the third element of CNIM’s naval portfolio, the LCX, remains at the design stage. “The LCX is a faster version of the LCA, the bow increasing the speed up to 20 knots at full load,” Montazel explains. Besides landing operations, carried out from the rear ramp, the LCX can be used for supporting special operations, mine warfare and antisubmarine warfare. Compatible with NATO well decks, it is 29.5 meters long with a 6.4 meters beam, it carries 40 tonnes as standard load, 60 tonnes maximum, on a 95 m2 platform area, and has a 500 NM range. According to Xavier Montazel the design has generated interest among potential customers, and two proposals are ongoing, although it is far too early to detail them as they are in the very preliminary phase.

CNIM involvement in the naval world is not limited to amphibious vessels, the company being a key subcontractor to Naval Group, the leading French shipyard, in different areas such as weapons transfer and handling systems, sealing systems, opening and closing systems, shock absorption systems and weapon containment systems. “An increasing interesting sector is that of deploying and recovery systems for surface or submerged unmanned vehicles,” Xavier Montaziel says, “these being more an more common, some of the surface unmanned vessels reaching now 20 tonnes thus requiring high capacity recovery systems,” he adds. CNIM is aiming at widening its footprint on the export market, and is already talking to Fincantieri of Italy, and looks at Damen in the Netherlands, Navantia in Spain and thyssenkrupp Marine Systems in Germany as potential new partners.

In March 2019 CNIM acquired Airstar Aerospace, a company specialised in tethered aerostats and drone airship, this business being now named CNIM Air Space. The company currently offers three aerostats of different dimensions, in ascending order the White Hawk, the Eagle Owl and the Condor, covering respectively the tactical, operative and strategic needs. The Eagle Owl is proposed as a flying semaphore, carrying a high-definition optronic gimbal and a radar, fitted with the AIS (Automatic Identification System), providing detection, reconnaissance and identification data to the command and control system on the ground, also ensuring moving target tracking. Compared to a sensor package installed on a 30 meters high mast, a radar sensor operating at 230 meters height provides a much greater coverage, 37 km versus 15 km against 5m2 RCS small boats. Capable to stay airborne for one week, the Eagle Owl has a bigger brother, the Condor, which persistence is of 15 days. The whole system can be transported on a semi-trailer and deployed in four hours by a team of six-eight operators. With a volume of 1,600 m3, it can fly up to 1,000 meters above ground, withstand a 130 km/h wind and carry a 250 kg payload. CNIM is proposing its newly acquired capabilities to the military, homeland security and maritime markets, and Euronaval would have been the first appearance of those systems within the company portfolio.

5 – Experimentation, doctrine and training; the role of the FECS

11/12/2020 Olga Ruzhelnyk Comments Off on 5 – Experimentation, doctrine and training; the role of the FECS 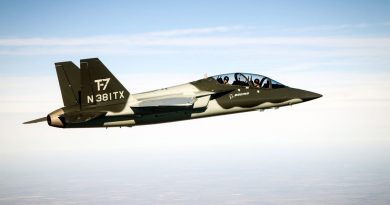 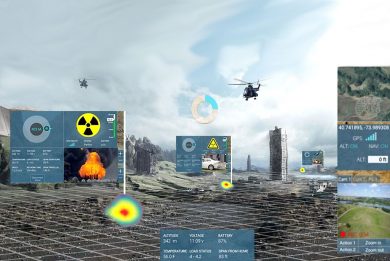