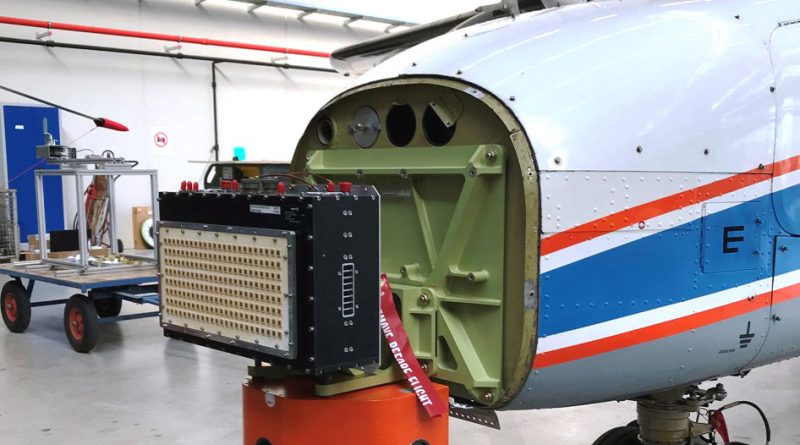 Ulm, Germany, 20 February 2020 – As part of a study for the German procurement authority BAAINBw, the companies HENSOLDT and Diehl have developed the demonstrator of a sensor system for avoiding collisions between aircraft. At the same time, the partners, together with the German Aerospace Center (DLR), have demonstrated in practice that such a sensor system consisting of a radar and a camera can reliably detect objects in the flight path of UAVs. The recognition of such situations is one of the essential requirements for deploying unmanned aerial vehicles in controlled airspace.

As part of the research project known as ‘Programme Sense-and-Avoid – national’ (ProSA-n), HENSOLDT has designed a so-called detect-and-avoid radar system and flight tested it onboard the DLR test aircraft Do-228 D-CODE in real scenarios (https://www.dlr.de/content/de/artikel/news/2019/03/20190930_sensoren-ersetzen-piloten.html). The radar reliably detected flying objects within a range of 220 degrees in front of the UAV at a distance of more than 10 kilometres by day and by night and in all weather conditions. Thanks to the precise measurement of the flight direction, collisions can be avoided at an early stage. Furthermore, the sensor also assumes all the functions of a weather radar system.

HENSOLDT’s detect-and-avoid radar uses state-of-the-art AESA technology (Active Electronically Scanned Array), which allows several detection tasks to be carried out at the same time and enables objects to be detected very fast. The components and technologies of this radar system are also used in other HENSOLDT products, such as the new PrecISR airborne surveillance radar and the SPEXER ground surveillance radar.

HENSOLDT is one of Europe’s leading radar manufacturers and operates one of Europe’s largest cleanroom production facilities at its Ulm site in order to produce the radio-frequency components required for AESA equipment. The company’s radar systems and radar components are used on board aircraft, satellites, ships and in ground stations. The platforms equipped with HENSOLDT devices include the Eurofighter combat aircraft, the TanDEM-X satellites, the US Navy’s littoral combat ships and the German Navy’s frigates. Furthermore, HENSOLDT supplies air traffic control (ATC) authorities and armed forces all over the world with ATC radar systems and transponders.

The electro-optical camera module demonstrator developed by Diehl Defence during the research project consists of a series of high-resolution cameras that scan the space directly in front of and to the sides of the aircraft. The flight tests that were carried out showed that the camera module with its advanced real-time signal processing is capable of detecting other aircraft reliably, tracking and evaluating them precisely as well as passing on information on collision candidates for subsequent processing. The camera module works at long distances and in bad light and can therefore replace the pilots’ eyes. Moreover, it can also contribute to improving the UAV pilots’ situational awareness by means of a detailed panoramic image. The module is light, compact and flexible enough to be adapted to the requirements of various aircraft.

Diehl’s electro-optical sensor systems have already proven their worth as they are used by the Navy to monitor their ships’ surroundings and detect immediate threats. 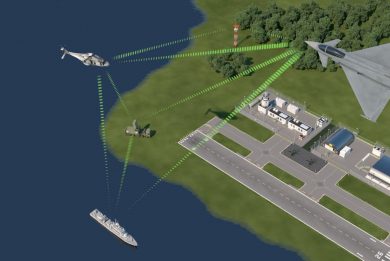 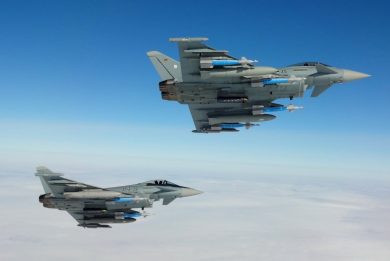