On 16 March 2016, DCNS delivered the FREMM frigate Languedoc intended for the French Navy, on the occasion of the acceptance ceremony by OCCAR (Organisation for Joint Armament Cooperation) on behalf of the French DGA (Direction Générale de l’Armement). This event once again demonstrates the industrial success of the largest European naval defence programme. The FREMM frigates are amongst some of the highest-performance latest-generation combat vessels on the market and have already won over three client Navies. 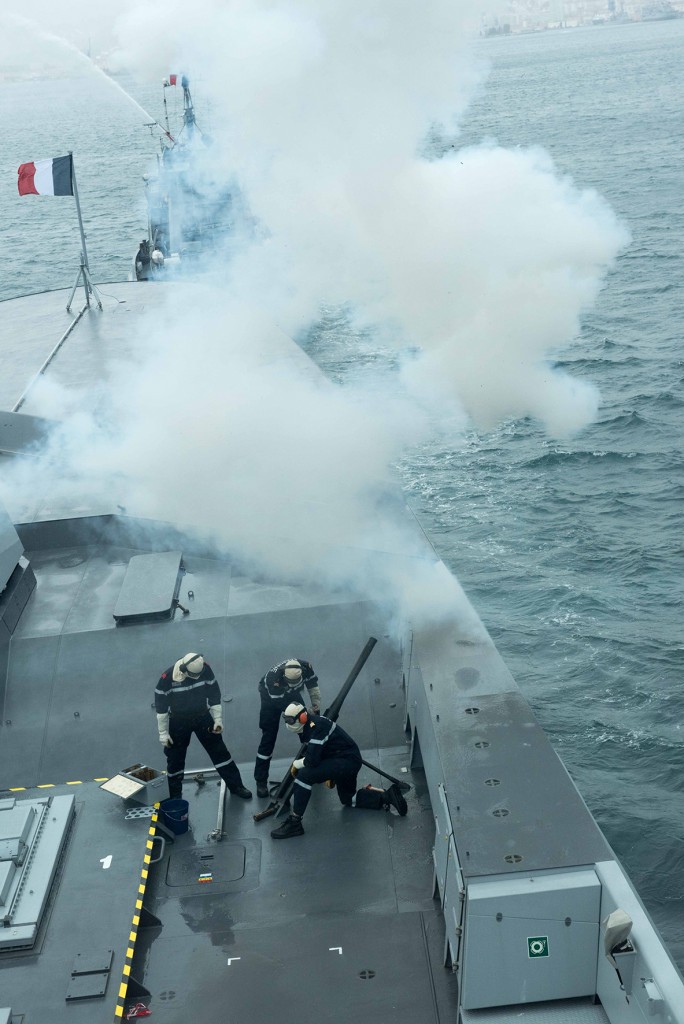 FREMM Languedoc is the fifth unit to be built by DCNS and the third intended for the French Navy. The frigate was officially accepted by OCCAR (Organisation for Joint Armament Cooperation), an international organisation for the through-life management of cooperative defence equipment programmes, which has the role of contracting authority for FREMMs intended for France and Italy. The ceremony was presided over by the Director of OCCAR, Timothy Rowntree, and the Armaments Engineer-General, Laurent Sellier, Director of the DGA’s “Armaments Naval Operations” management unit, and in the presence of Pierre Legros, Director of Programmes at DCNS.

The official acceptance of the FREMM Languedoc is a demonstration of the satisfaction of the operational personnel that had the opportunity to test its exceptional military qualities in multiple operations theatres. At the start of the year, the Aquitaine and Provence FREMMs participated in the Task Force 50 actions in the Persian-Arabian Gulf, at the sides of the Charles de Gaulle aircraft carrier, designed, built and maintained by DCNS.

The operational deployments and international successes of this latest-generation frigate demonstrate the capacity of DCNS to design, build and maintain competitive, high-tech vessels, which are perfectly suited to the needs of its clients.

The FREMMs are the first vessels in Europe to deploy the naval cruise missile (MdCN) for which the first firing took place on 19 May 2015 from the FREMM Aquitaine.

“The delivery of the FREMM Languedoc represents an opportunity to highlight the serial effects of a programme that DCNS clients can take advantage of”, notes Anne Bianchi, Director of the FREMM programme at DCNS. “With this fifth unit, DCNS has again improved its industrial and economic performance. It was possible to reduce the duration of the sea acceptance trials for the Languedoc frigate to five weeks, thanks to the experience acquired for the FREMMs already delivered. The DCNS teams and our partners have, in effect, attained an unprecedented level of vessel completion even before its first sea outing”, she underlines.

The FREMM programme represents today the construction of ten vessels, of which eight for the French Navy. Six FREMMs will have been delivered to the French Navy before mid-2019, in accordance with the 2015-2019 military programming law. DCNS is currently completing the FREMM Auvergne, which was floated on 2 September 2015, and is pursuing the assembly of the FREMM Bretagne. Work has started on the eighth FREMM in the series, the Normandie. Last but not least, DCNS is finalising the design of two FREMMs with strengthened anti-aircraft capacities, the delivery of which is slated for 2022.