On the occasion of the Euronaval Exhibition in Paris-Le Bourget, DCNS unveils the belh@rra®1, the new front-line digital frigate dedicated to the international market and which renews the heavily-armed 4,000-tonne frigate segment.

The new heavily-armed frigate made for the international market

With the belh@rra® frigate, DCNS intends to continue the success enjoyed by La Fayette-class frigates, a reference on the naval defence market with over twenty units sold to four navies around the world.

DCNS completes its product line by positioning a latest-generation vessel between the 6,000-tonne FREMM multi-mission frigate segment and that of the 2,500- to 3,000-tonne gowind® corvettes.

With the belh@rra® frigate, DCNS responds to the expectations of navies looking for a compact frigate, capable of ensuring long-range missions, operating alone or embedded in a naval force, on the high seas or as part of coastal surveillance missions in a dense and hostile environment.

The new belh@rra® frigate offers operational intelligence that is unequalled on the market, in addition to a modular design, robustness and simplified use, which are all the fruit of the technological evolutions of the last few years. Ten years after the first design studies for the FREMM multi-mission frigate, DCNS’s latest frigate also capitalises on the experience of the French Navy with this vessel across a large number of operational theatres. 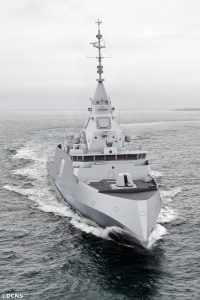 Thanks to the architecture and versatility of DCNS’s setis® combat-management system, proven on the FREMM frigates and gowind® corvettes, the belh@rra ® frigate will respond to the specific needs of client navies in all areas of warfare, whilst at the same time offering significant platform modularity to increase vessel payload or autonomy. The new frigate will offer cutting-edge performance for submarine warfare, an unprecedented aircraft detection capability and strengthened air-surface warfare capacities; a multi-mission foundation to which capacities responding to new threats such as asymmetric warfare or cyber-defence will also be added.

The first frigate for “digital natives”

Resolutely oriented towards future operators in command of vessels beyond 2020, the belh@rra® frigate benefits from digital technologies. These endow it with greater performance for data processing and threat detection whilst at the same time allowing the crew to concentrate on tasks with the most added value. 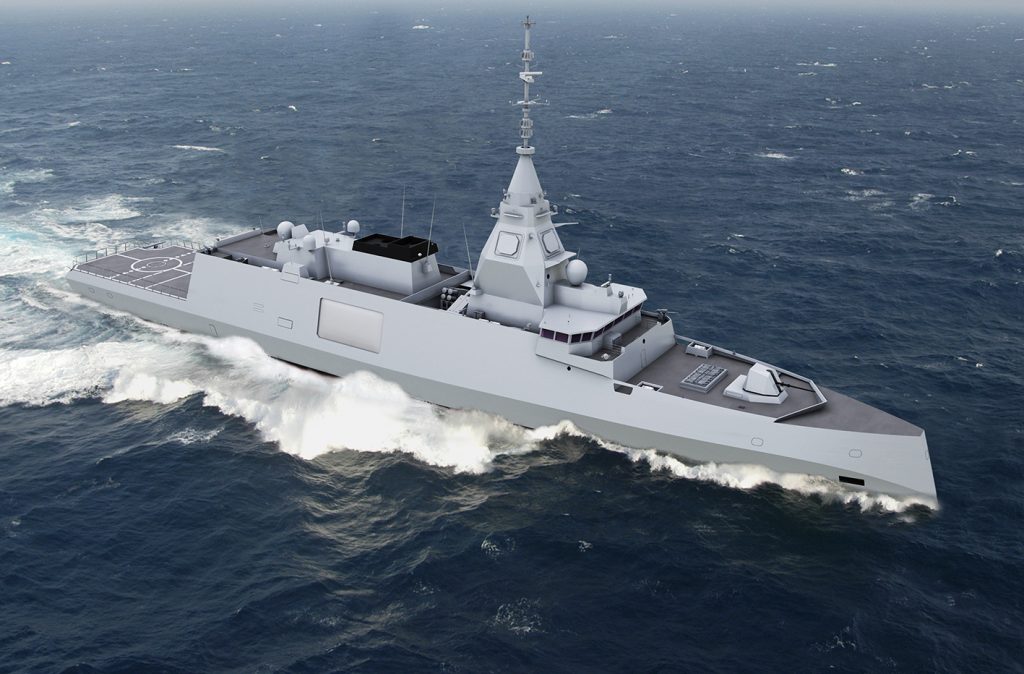 The development of digital technologies guarantees the upgradeability of the vessel throughout its life-cycle. For a period of almost forty years, the equipment and systems will be incrementally modernised to adapt to evolutions in the operational context, future threats and the arrival of new technologies.

The belh@rra® in its French-Navy version, a programme that is already underway

DCNS already offers a French-Navy version of the new belh@rra ® frigate in the frame of the FTI (intermediate-size frigate) programme conducted by the French Procurement Agency (DGA) on behalf of the French Navy. For the French-Navy version, the belh@rra ® frigate is designed to satisfy France’s needs as defined by the French Ministry of Defence: a front-line frigate for anti-submarine warfare of a displacement of 4,000 tonnes equipped with widened self-defence and commando-projection capacities. Last but not least, it integrates the Thales Sea Fire® four flat antenna radar and is equipped with aster® 30 missiles from MBDA.

1 DCNS has named its new frigate belh@rra® in reference to Europe’s only giant wave: the Belharra The first “a” transformed into an @ makes reference to the highly digital nature of the frigate proposed by DCNS