In the frame of the OPV L’Adroit’s stopovers conducted by the French Navy in Cameroon, Ivory Coast and Senegal in May and June this year, DCNS successfully conducted three demonstrations of its POLARIS mission system, in conjunction with the interoperable NIDL tactical data link solution. These tests took place in the coastal waters of the Gulf of Guinea, an area in which over one quarter of worldwide acts of piracy are concentrated. 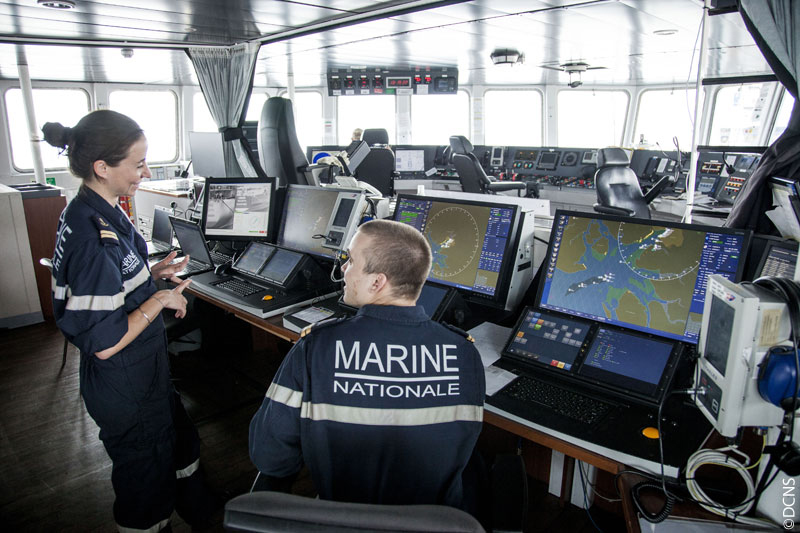 DCNS conducted three demonstration operations for POLARIS and NIDL on 28 May in Douala, (Cameroon), 10 June in Abidjan (Ivory Coast) and 22 June in Dakar (Senegal). The simulation of a POLARIS mission system in a land-based centre as well as on board L’Adroit, an OPV built by DCNS on its own funds and loaned, free of charge, to the French navy. The representatives of the Cameroonian, Ivory Coast and Senegalese Navies each provided their support to the real-time deployment of data-transmission capacities between the land-based operations centre and the OPV deployed at sea.

Xavier Mesnet, Marketing and Development Director at DCNS, stated: “Working together with the French Navy, DCNS participates in numerous support operations to strengthen the maritime security system and Government action at sea. Faced with an increase in criminal (piracy, drugs trafficking) and illicit (illegal fishing, illegal immigration, pollution) activities, the Group is developing open-architecture and modular maritime surveillance and intervention solutions to provide a response to the sovereignty needs of States, including within the context of coalition operations.”

POLARIS is an on-board mission system covering all surveillance needs for the aero-maritime sea-rescue and offender interception scenario under real conditions required the deployment of the space by making use of a wide variety of sensors and the automatic detection and analysis of suspicious behaviours. DCNS integrates the NIDL tactical data link module within this naval system, allowing States, including non-NATO members, to take advantage of an interoperable intelligence-gathering system, facilitating the exchange of files and data concerning tactical situations.

From 24 to 26 June 2015, at the Brest maritime prefecture in France, DCNS also participated in an inter-governmental seminar dedicated to cooperation in the area of maritime security and safety in the presence of sixteen chiefs of staff from the Navies of Gulf of Guinea neighbouring states and four European states, on the invitation of the Chief of Staff of the French Navy.

Through the Corymbe mission implemented since 1990 by the French Navy in the Gulf of Guinea, DCNS ships have been demonstrating the interoperability of their systems in the area of the fight against piracy, in support of the States of the Economic Community of Central African States (ECCAS) and West African States (ECOWAS).

For maritime surveillance and intervention, DCNS offers a complete range of 40 to 90-metre ships and associated systems, in collaboration with its subsidiary Kership, from offshore patrol vessels (OPV) to multipurpose vessels (MPV).