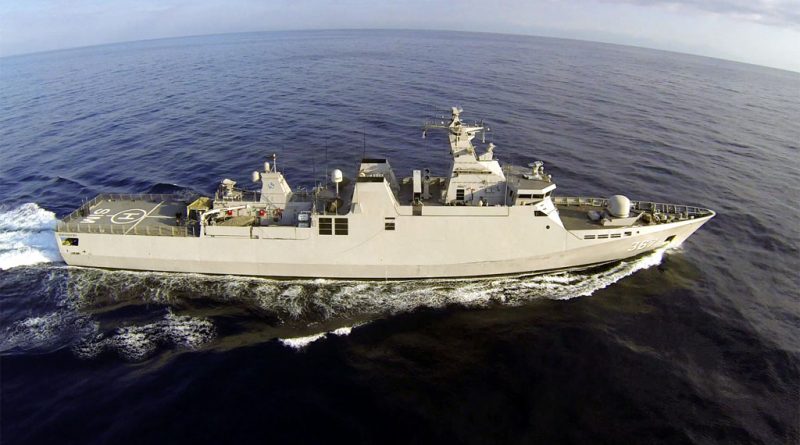 For the first time, a drone has been used to check the magnetic signature of a vessel in order to assess its vulnerability against underwater mines and other unfriendly detectors. STERNA is the first UAV based portable aerial magnetic range used by a navy in operational conditions. The UAV based solution STERNA, has been deployed by the Indonesian Navy in July 2018.

STERNA is based on ECA Group’s airborne drone IT180, a compact, high-performance mini-UAV VTOL (complementary to the VTOL UAVs of the higher categories) embedding a magnetometer and its digitizer. This system is a part of set-up degaussing systems in compliance with NATO standards. 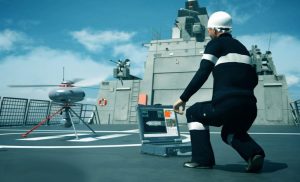 Developed by ECA Group in 2016, STERNA is a portable aerial ranging solution able to measure the magnetic signature of vessels. This solution is an innovative patented system rewarded with the innovation award by the French Minister of Defence in 2016. The first contract for this innovative ship protection system was awarded in early 2017. Today, ECA Group announces a first successful mission at sea for Indonesian Navy.

To perform a magnetic measurement using a drone the key points are to:

The last two points are ensured through a performing algorithm and a calibration figure which have proven their efficiency on real vessel’s measurements. Consistent magnetic signatures have been computed from these measurements applying sensor data optimisation and carrier effects compensation and by recalculating the components thanks to a multi-dipolar model (plane of dipoles at the sea surface). ECA Group’s solution was also able to measure coils effects of a degaussing system.

Thus, STERNA can be used for different type of magnetic measurements performing several runs along the longitudinal axis:

⇒ Evaluation of MAD risk, escape scenario and mine risk, checking of the magnetic signature and of the degaussing system efficiency on operation theatre 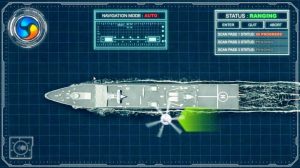 The use of a moving disturbing carrier is made feasible thanks to an innovative system performing algorithm to compensate the carrier disturbances and model the vessel.

Using the IT180 UAV, the measurement of vessel’s magnetic signature was completed in less than one hour in operational conditions, while traditional methods require an immobilisation of the vessel during several days.

“Using the latest technology certainly has an impact on effectiveness and efficiency without reducing the purpose and the objective of the test, so using STERNA will be much faster than the old method and will provide us with more accurate results.” says Colonel Anis Kelaikan, MOD inspector for HAT and SAT

Benefits from IT180 UAV’s outstanding performances for sea operations

The STERNA™ system benefits from a unique design and outstanding performances of IT180 UAV. This combat proven versatile mini-helicopter drone is already in mission within the French Armed Forces in Mali and integrated within several other world’s Armies. It is easy to use, even in harsh weather conditions or in hostile environments such as the desert, mountain or Polar Regions.

“Further developments have been done and will be continued in order to optimize its performances for operations at sea”, says Guénaël Guillerme, CEO of ECA Group.“The IT180 UAV mini-drone navalisation project is in ECA Group R&D roadmap for Naval Forces. It should bring a new carrier called IT200N by 2020”.

With an autonomy of up to four hours giving it a range of 40 nautical miles, ECA Group’s IT200N aerial drone will:

Beyond aerial applications, ECA Group has already delivered its UMIS™ naval systems based on its surface robots (USVs INSPECTOR), submersibles (AUVs such as A9 or A18 and MIDS ROVs such as SEASCAN or K-STER) to several MODs or civil operators in 2016. UMIS integrates a complete multi-drones mission control and command (C2) system, as well as a performant data processing suite. The magnetic risk management solution STERNA can be included in a drone system as an additional option.