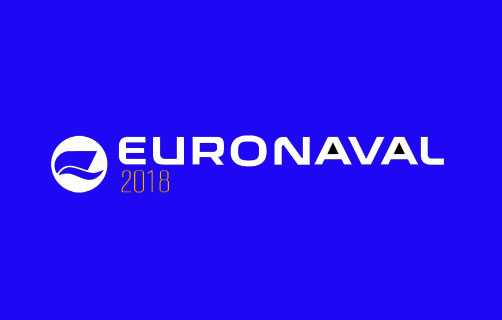 A mere few weeks before this coming Euronaval at Le Bourget, the organisers GICAN and SOGENA held a press conference on 16 September 2018 at the « Cercle National des Armées » in Paris ready to come up with first hand news.

Being away on travel in Australia, along with the French Minister of Defense Mrs Florence Parly, Hervé Guillou, the President of the Euroval show, sent an audio message to thank the journalists and the assistants, in which he recalled that 2018 will be the 50th year Euronaval will take place. This 26th edition of Euronaval will open its doors on 23 October and will last until 26 October 2018 at Paris le Bourget, highlighting the issues at stake for the French naval industry and furthermore for the naval industry on a global scale.

According to Guillou, today’s naval market represents 45 billion euros of turnover in the world and increasing: “This increase is due to the diversification of threats. The diversity of new threats and the need to secure free access to open seas as well as coastal waters, and the rise of new navies, are driving sales in defence and security equipment. Likewise, the growth of the marine sector in the global economy implies a closer surveillance of shipping routes and exclusive economic zones”.

Guillou also said “that this market has undergone for fifteen years an emergence of new disruptive technologies but also that of a new and increasingly aggressive competition. This double movement requires an increased effort on research and development and innovation in general”. This is why Euronaval is launching this year SEAnnovation, a dedicated space for start-ups developing solutions for the future.  In closing his speech, President Guillou thanked the DGA for its presence next to the industrialists and for its support. He recalled that “GICAN is our French industry association, representing 180 companies, a 9,5 billion euros turnover and 42,000 direct jobs. Furthermore GICAN organises Euronaval every other year along with SOGENA. Close to 50% of the French naval industry is dedicated to export, and Euronaval is therefore a fundamental meeting place for our industry as well as for all industrialists from the 33 countries that exhibit here” Guillou added.

Hugues du Plessis d’Argentré, President of SOGENA, the official organizer of the biennial show, announced that the show is in its 26th venue and will include 470 exhibitors hailing from 33 countries and 90 official delegations are expected with some 20,000 visitors. He added, “Euronaval has decided to shorten its format and dedicate its Monday, which traditionally marked the opening of the exhibition, to an international conference. It will bring together high-level speakers from the industry, ministries, navies and think-tanks, to address current and prospective important topics of naval defence”. For his 50th anniversary, Euronaval will exhibit a retrospective of the main innovations which have marked naval defence and maritime safety over five decades. Entitled “50 years of naval innovations”, this retrospective will take the form of a thematic fresco illustrating the main technological breakthroughs of these last fifty years, giving visitors the opportunity to relive this industrial and technological adventure, d’Argentré said. This year the exhibition will be organising a series of thematic workshops that will allow industrial entrepreneurs and institutions to exchange on technological and operational subjects. Seven themes have been chosen and will be discussed during these workshops, d’Argentré said. Euronaval will include also, Network and business Meetings, to establish privileged relations with hundreds of high level international authorities, participants, buyers, programme leaders, coastguard managers, customs, maritime police, international organisation, research centres.

Another novelty of the show is its SEAnnovation, a 200 m2 space that will put the spotlight on 34 start-up companies representing the diversity of activities in the sector. Covering vehicles of the future, predictive maintenance, communication, connectivity and cybersecurity as well as artificial intelligence at the service of navies, in partnership with Starburst Accelerator. It should be mentioned also that during Euronaval, the French Naval Sector will be launching its “Navire des Métiers”, or trade vessel. It is the first phase of a vast project to promote trades and careers in naval construction. This launch phase will mobilise industrialists, who are recruiting, training organisation, local youth centres, job centres, regions and State to work together to promote the sector and stimulate new career interest. 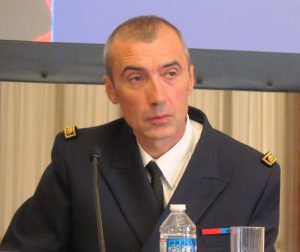 Summing up current French defence reality, Ingénieur Général Laurent Sellier, responsible of the Naval Armaments Management Unit at the DGA, the French procurement agency, gave a detailed account of the French LPM procurement law for 2019-2025. This aims at the renewal of the French Navy operational capabilities and should include: