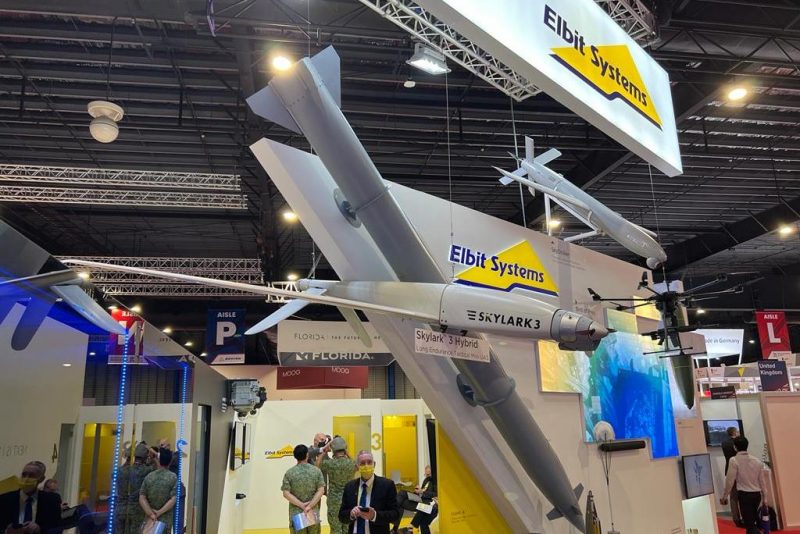 When talking about persistent surveillance endurance is definitely a key factor. Electric driven UAS have their endurance limited by their battery pack capacity, and even if the battery technology has made further steps forward, no real revolution has yet materialised that allows a quantum jump in power density.

In order to further increase the performances of the Skylark UAS, which had come to its third iteration, Skylark I, Skylark II and finally Skylark 3, Elbit Systems of Israel developed a hybrid propulsion version of the latter, which is being unveiled at the Singapore Airshow.

The Skylark 3 air vehicle architecture features a low wing with a 4.7 meters span and an inverted “V” tail. The Skylark 3 has a pushing two-blade propeller located at the rear, which is activated by an electric motor, powered by a series of five Lithium-Ion batteries that ensured five hours autonomy in standard conditions. The UAS is launched using a pneumatic catapult, usually installed on a vehicle, while smooth landing is ensured by a parachute in the lower part of the aircraft and by an airbag located on the top of it. The recovery procedure sees the aircraft stopping the propulsion, extracting the chute which makes it turning upside down, and inflating the airbag in order to smooth the impact with the ground; in that way the V-tail, the wing and the payload are kept away from the ground reducing the risks of damages. The launch and recovery system makes it fully independent from any infrastructure.

Coming to the Skylark 3 Hybrid this maintains exactly the same airframe of the electric-powered one. “When we designed the Skylark 3 the whole airframe was made sufficiently strong to accept an internal combustion [IC] engine,” BG (ret.) Benny Mehr, Senior Director STUAS Business Line, tells EDR On-Line. In the case of the Elbit Systems UAS, the hybrid propulsion is obtained adding a two-stroke internal combustion engine at the front of the vehicle, which is connected to a pulling two-blade propeller. A normal mission profile would see the Skylark 3 Hybrid flying towards the area of interest using its internal combustion engine, switching on its electric motor and putting the IC engine on idle, in order to strongly reduce its thermal and acoustic signatures. This allows to dramatically increasing the system endurance, which steps up from 5 hours to 18 hours, allowing the Skylark 3 Hybrid to carry out more than one mission in a generic area, saving the electric power available in its batteries for those flight segments where stealthness is a priority. Although no exact data were provided, EDR On-Line understood that the split between IC and electric endurance should be around 4:1. “This can obviously be modified at customer will,” Benny Mehr explained, “the hybrid version has less batteries than the full-electric Skylark 3, however should the customer want a greater endurance in electric mode it is possible to carry less fuel and add one battery,” which adds considerable flexibility to the hybrid version of Elbit Systems’ UAS. Such type of hybrid propulsion also increases reliability, as should one of the propulsion systems fail the other one is capable to bring the airframe back to the deployment area, should the battery charge allow it in case of failure of the IC engine.

This flexibility goes well beyond operational one. “As said, the original airframe was designed to be able to be developed into a hybrid configuration, therefore we can provide our customers who acquired the original Skylark 3 with a hybrid kit, which includes the engine, the fuel tank and some electric wiring, in order to transform their UAS into the Skylark 3 Hybrid,” the former Artillery officer explains.

In terms of versatility the latest version of the Skylark family maintains exactly the same payload “plug and play” interface capacity for a quick and easy replacement of sensors in the field. As for the electric version, it can carry a dual payload, which might include high-resolution EO/IR gimbaled sensors, as well ELINT, COMINT, laser designators and other packages.

The take-off weight of the latest electric powered version with the full five batteries package is 48 kg, the design MTOW of the airframe. “The hybrid version maintains the same MTOW as we reduced the number of batteries to two, the weight saving allowing to install the hybrid kit that weighs 8 kg including fuel,” the Elbit Systems representatives explained. The fuel tank and battery location was carefully studied in order to keep the centre of gravity within the limits, which allowed to maintain a very similar avionic and control laws, making the aircraft nearly identical to operate, allowing considerable saving on logistic as well as on training costs.

As said, the launch system is identical to that used for the electric version, which is also true for the ground control station and the communication system, although the hybrid system has a 20% more range, 120 versus 100 km. Maximum and cruise speed remain the same, respectively 70 and 50 knots.

“We have finished the development and testing”, Benny Mehr concludes, “and we have already talked to several customers, and we already did trials with some of them.” EDR On-Line understood that Elbit Systems already bagged a form order for its new Skylark 3 Hybrid, which remains undisclosed.

07/09/2019 Paolo Valpolini Comments Off on ► Steadicopter Will Present its Next Generation Black Eagle 50, an Advanced Lightweight Unmanned Robotic Helicopter 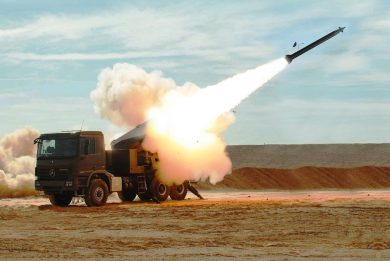 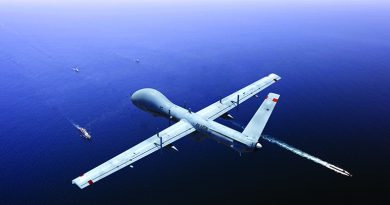