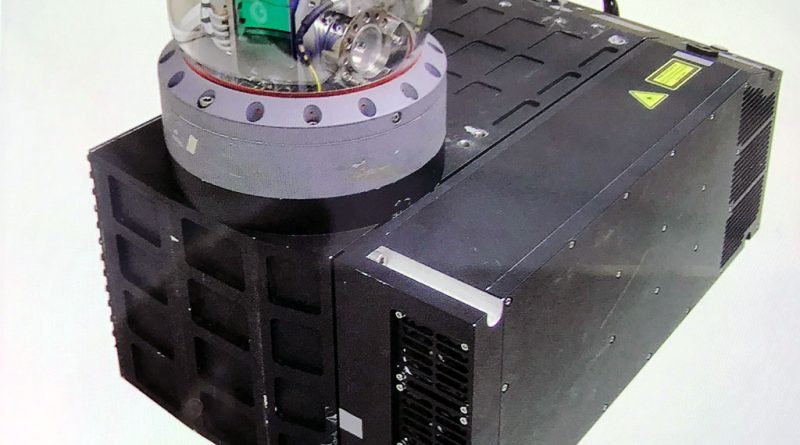 The next-generation QCL laser-based DIRCM under development by Elettronica and Indra is pushed for transport and widebody platforms in addition to medium-large helicopters.

After having joined forces and their respective technological expertise to co-develop and market the EuroDIRQM, the next-generation Quantum Cascade Laser (QCL)-based DIRCM, Elettronica and Indra are marketing the system for transport and widebody platforms in addition to medium-large helicopters. “The EuroDIRQM is the first fully-European, ITAR-free application of latest QCL technology for DIRCM purposes”, said Manuel Rodriguez Cerezo, director business development platforms & Europe Defence and Security during the system presentation at Farnborough air show. The new system has been conceived as an “all-in-one” equipment for multi-platform and multi-mission applications, capable to provide self-protection capabilities against latest IR-guided weapon systems from helicopters to transport/tanker to jet aircraft.

Unveiling for the first time at AOC EW Europe 2018 conference and exhibition in Lausanne last April, and being developed under a memorandum of understanding (MoU) agreement signed in February 2017 between Indra and Elettronica, with system shared co-designed authority, joint development, production and future marketing, “the two companies have already completed the development of a first EuroDIRQM prototype system, with QCL operational ground tests successfully performed last March, with the effective cooperation of the Italian Air Force”, said Alessandro Ercolani, Chief Sales Officer Global Sales & Business Development. The system is expected to complete integration activities within this month and start airborne trials from autumn to completed full-system qualification and be ready by spring 2019.

The new EURODIRQM is currently targeted for the A-400M fleet in a multi-turrets configuration as it is fully compatible with the Indra InShield system, which was contracted by European OCCAR agency to equip Spanish A400M fleet and its effectiveness operationally demonstrated during the NATO EMBOW trails on a CH-47 Chinook in 2017. The Spanish MoD has decided to acquire the CH-47F version under an FMS program and the Italian-Spanish industrial team is proposing the EURODIRQM as the self-protection system of choice.

The new system shares Elettronica’s and Indra’s respective latest developments in the QCL technology and point trackers to offer a new-generation open-architecture system based on a reduced-size laser jamming turret incorporating QCL laser generation, and a central processing unit, capable to manage a multi-turrets solution for wide-body applications. The baseline system with a jamming turret and processing unit weighs less than 25 kg and can work with a wide range of missile warning systems.

Thanks to Elettronica customized laser generation package based on the company’s MWIR quantum cascade laser technology, the system can operate on three bands, while the company’s patented DIRCM/flares combination and tailored algorithms have demonstrated effectiveness against fourth-generation imaging infrared seeker-guided missiles.

The new system is based on the experience developed by Indra with the InShield and Elettronica with QCL technology and ELT/572 system. Procured by Italian Air Force, the latter is already operational on-board Italian air force’s C-130J transport aircraft and will soon be available on board the same service’s AW101 CSAR and later on C-27J tactical transport platform.

18/06/2018 Olga Ruzhelnyk Comments Off on Gilboa Snake: two barrels better than one 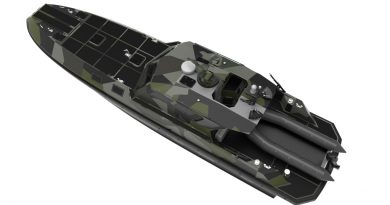 Ferretti unveils the latest evolution of its FSD150