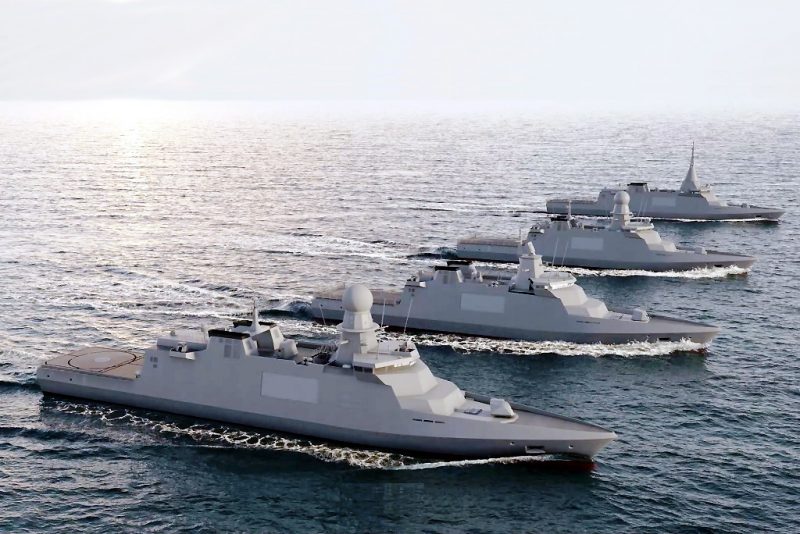 A key milestone in the European Commission Modular and Multirole Patrol Corvette (MMPC) also known as European Patrol Corvette (EPC), part of the PESCO (Permanent Structured Cooperation) projects, was achieved in the opening day of Euronaval 2022.

The CEOs of the four companies involved in the same programme, namely Naviris the joint venture between Fincantieri and Naval Group, as coordinating industry, Fincantieri, Naval Group and Navantia, signed a preliminary consortium agreement, which main objective is the development of the initial design of a new vessel, maximizing innovations, synergies, and collaboration among European shipbuilding industry.

The EPC programme is aimed at the jointly development of a 2nd rank surface combatant of about 110 meters long and 3,000 tonnes displacement, able to replace in the near future several series of ships, from patrol vessels to light frigates. Thanks to its modular approach, the new platform will be able to adapt to the variety of operational requirements and missions specified by different Navies. The EPC will be equipped with a large flexible area enabling the ship to reconfigure from one mission to another thanks to the capability to change some equipment or on-board systems between missions.

In July 2022, the European Commission selected the proposal submitted by the consortium led by Naviris together with the three European shipbuilders and a group of Greek, Norwegian and Danish companies, responding to the Modular and Multirole Patrol Corvette (MMPC) call.

“The initial phase of the programme will last two years from early 2023,with the scope to define a basic common ship design and different requested configurations, in parallel to the development of technological bricks and the definition of common working methodologies, rules and standards,” said Enrico Bonetti, COO of Naviris joint venture to EDR On-Line, adding that the company is supporting the Commission services for the grant agreement preparation activities that will lead to the Commission award decision and agreement signature with the industry, currently planned for late 2022.

“The programme sees the participation of four countries (Italy as leading nation, France, Spain and Greece) under the banner of the PESCO (Permanent Structured Cooperation) project, with the participation of Portugal as observer, and the co-funding of six countries which, in addition to the four already mentioned, also include Denmark and Norway,” he continued. The European Commission (EC) will contribute with € 60 million to which the six nations adds € 28 million, equaling to a total of €88 million for this programme phase. The elaboration of the proposal saw also the polling together and involvement of 40 companies from 12 countries.

In mid-October 2022, the six member states (Belgium, Germany, Spain, France, Italy and UK) of OCCAR (Organisation Conjointe de Coopération en matière d’Armement / Organisation for Joint Armament Co-operation) entrusted the Agency to manage the MMPC/EPC Programme. Following the approval of the Programme Management Authorisation by OCCAR member states the integration phase is ongoing and will include the establishment of a dedicated Programme Division, as well as the negotiation of the contribution agreement with the EC.

“Further development funding for the follow-on programme phases it’s likely to arrive from European Defence Funding (EDF) calls to be issued in 2023,” he highlighted. According to Naviris documentation provided by the company to EDR On-Line after the interview, the next design and production phase will allow the first platform being available in the first undisclosed configuration and to a non-specified customer by 2027. However EDR On-Line understood this milestone will depend on the Navies agreement on the ship design and configurations, the availability of funding, and the timing of acquisitions.

The baseline vessel design is expected to evolve in two main platforms, propulsion and combat system configurations; one will be mainly devoted to patrolling activities, and aimed to French and Spanish Navies, the second focusing more on combat operations, therefore with higher maximum speed, these being aimed at  Italy and Greece.

In addition to studying and developing a new generation of flexible second line vessels for the EU navies, taking into account the different requirements from the participating nations, “the innovative MMPC programme is aimed to define a shared and common set of rules, standards and interfaces applicable to naval architecture and associated systems to improve industrial cooperation and integration among European main groups, small and medium enterprises and promote common European supply chains,” said the Naviris representative.

“Based on innovative and disruptive technologies, this program will strongly contribute to the European sovereignty in the naval domain, by strengthening the European industry, increasing cooperation, efficiency and lowering duplication in defense spending,” he continued, highlighting that the programme first phase is also aimed to incorporate innovative solutions aiming to increase the overall efficiency of the vessel during her life-span and reduce the adverse effects on environment, as well as integrate new technological bricks. According to the EU call proposal, the list of topics to be studied and demonstrated could include, but is not limited to, the following: active signature management, innovative green systems for propulsion, electrical production, waste management and innovative refrigerating gas, capability to deploy multiple UxV, flex zone preparation and handling system, ship data management (secured data centre, virtualization, remote treatment, data analytics…), smart damage management system (innovative detection/fighting system, remote/automated system, crew localization…), with a design oriented to circular economy such as the use of materials facilitating green recycling at end of life, and solutions to contribute to climate objectives with a target to significantly and globally reduce the ship’s gas emissions when compared to a year 2020 state-of- the-art equivalent ship. 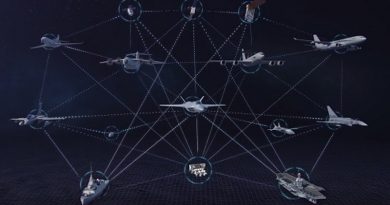 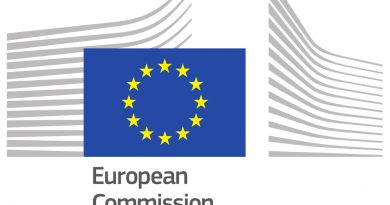