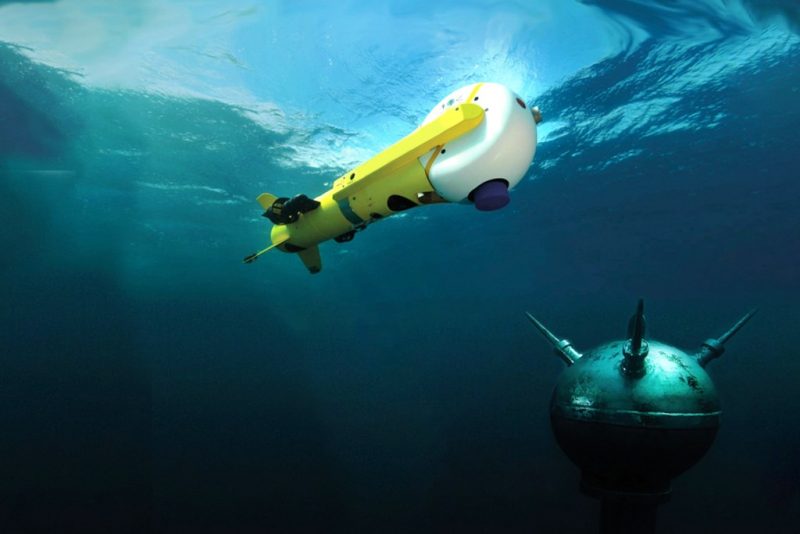 Toulon – 09/11/2022 – Exail, formerly ECA Group, has signed a Memorandum of Understanding (MoU) with Australian company Solutions from Silicon to collaborate on providing advanced data management capabilities, enabling naval crews to prepare, conduct and manage their Mine Countermeasures (MCM) missions more efficiently.
Solutions from Silicon (SfS) develops MINTACS, the Mine Warfare Tactical Command Software engineered to increase the effectiveness of the capabilities of a naval Mine Warfare and Clearance Diving (MCD) Force. MINTACS increases the scope of mine warfare intervention areas and manages previous campaign history.

Under this MoU, Exail teams will integrate and interface SfS’s MINTACS software with Exail’s MCM solutions. Modules of the MINTACS software will also be integrated with Exail’s UMISOFTTM Mission Management System (MMS). The combination of the two software will allow crews to compare data between missions, detect changes between surveys and prepare future MCM missions. MINTACS is currently in service with navies around the world including Australia, the UK, Sweden, New Zealand and Thailand. Exail recently integrated MINTACS with UMISOFTTM as part of the Mine countermeasures vessel modernisation programme for the Latvian Navy.

“We’re very pleased to be collaborating with Exail on the integration of our MINTACS software with their solutions, which will give navies an advanced solution and extended capabilities to manage and conduct their mine countermeasures missions.” Russell Norman, Technical Director, Solutions from Silicon Pty Ltd.

“Teaming with SfS enables Exail to integrate MINTACS, a worldwide recognised Mine Warfare Data Center (MWDC), into Exail’s UMISTM (Unmanned MCM Integrated Solution). In addition to MINTACS, Exail will also integrate SfS-developed modules into UMISOFTTM MMS, increasing its interoperability with other MWDC’s and third-party systems by offering military, hydrographic and environmental interfaces. The integration of MINTACS in our solution for the Latvian Navy was a first step towards a long term collaboration with SfS”, says Daniel Scourzic, VP for Strategic Programmes, Exail.

SfS and Exail are considering further joint R&D activities in Australia and the agreement is testimony to Exail’s desire to nurture lasting partnerships with Australian industry. Exail recently signed an MoU with Mission Systems Pty, and announced a major partnership with UGL, the Australian engineering giant in September this year, as well as with Acacia Systems and Total Marine Technology. These collaborations illustrate Exail’s commitment to establishing a sovereign capability locally to meet and support Australian defence requirements on a long-term basis, one of which being the SEA 1905 program for the Royal Australian Navy. 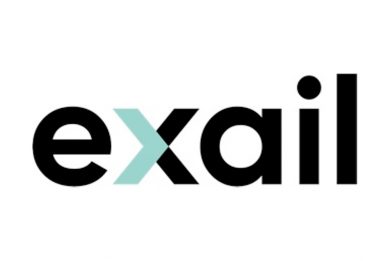 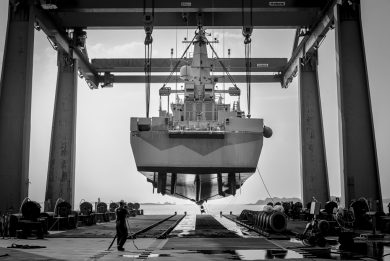 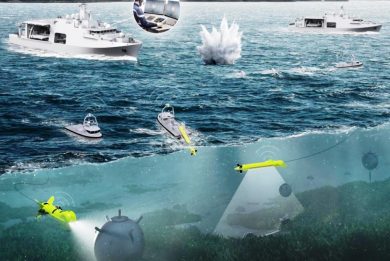