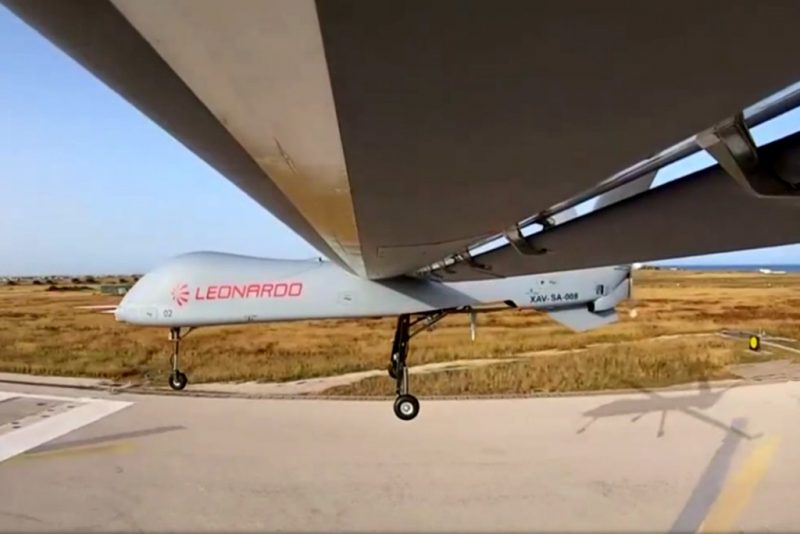 Roma, 22 December 2022- Leonardo has successfully completed the first phase of flight testing for its Falco Xplorer drone. The system is now ready for the second phase of the campaign, which will lead to the certification of the largest uncrewed aircraft ever built by the company.

In the uncrewed sector, the company’s “Be Tomorrow 2030” plan lays out its aim to consolidate a leading position in Europe, with Leonardo owning the domain technology and expertise required to offer a complete uncrewed system including the platform, sensors, mission system and ground control station. Moreover, Leonardo continues to reinforce its position in this market through participation in a number of major international collaborative programmes.

The Falco Xplorer is the first MALE (Medium Altitude Long Endurance)-class uncrewed system to exclusively use European technology. It is designed to deliver persistent surveillance over wide areas of interest and can carry multiple sensors weighing up to a total 350kg. The Xplorer is the latest entry in Leonardo’s Falco family of uncrewed systems, which also includes the Falco Evo. The tactical-class Evo is operated by a number of international customers and has accumulated thousands of flight hours around the world, including in civil airspace.

The recent flight testing and certification activities of the Falco Xplorer took place at the Trapani Birgi military airport in Sicily with the support of the Italian Air Force’s 37°Stormo wing. During the flight tests, 37°Stormo provided all essential airport services including air traffic assistance, fire prevention and flight safety. This ensured that the flight campaign was conducted in complete safety and in accordance with sector regulations. The Falco Xplorer performed all planned flights on schedule and completed a range of complex functional tests, confirming the maturity of the platform. The behaviour of the aircraft in a number of phases of the flight envelope was also validated.

Leonardo will now move forward with a second test campaign which will take place under the supervision of the Directorate for Aeronautical Armaments and Airworthiness (DAAA). This will certify the Falco Xplorer’s ‘fitness to fly’ according to NATO standard STANAG 4671 and involve a series of increasingly complex flights. The system’s most advanced capabilities will be validated, together with the military authority, including automatic take-off and landing and satellite communications for beyond-line-of-sight operations. The Xplorer’s sensor suite will also be assessed. Made entirely in-house, the baseline suite consists of the company’s LEOSS electro-optical turret, Gabbiano TS-80 UL multimode radar, an Automatic Identification System for the monitoring of maritime traffic and the SAGE electronic intelligence system. The Falco Xplorer utilises Leonardo’s flexible ATOS mission system, which has an open architecture to allow for the integration of additional sensors, including from third parties.

Certification will enable the Falco Xplorer to fly over populated areas, significantly expanding its scope and allowing it to operate in support of public safety and civil protection missions.

The Falco Xplorer is readily exportable. It is not subject to the restrictions of the International Traffic in Arms Regulations (ITAR) and meets the criteria for Missile Technology Control Regime (MTCR) class II. It has been designed to deliver strategic surveillance capabilities for military and civilian customers and can be provided either as an integrated system or as a service, managed and operated by Leonardo. 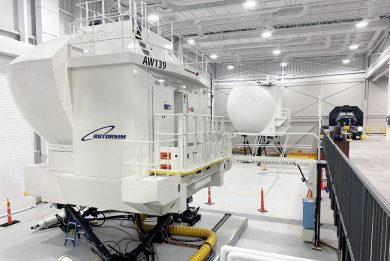 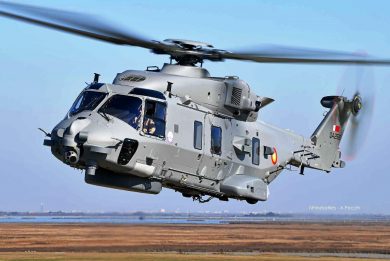 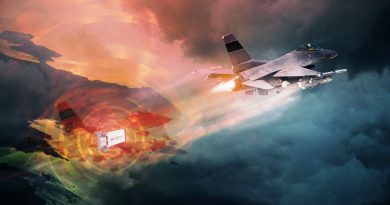