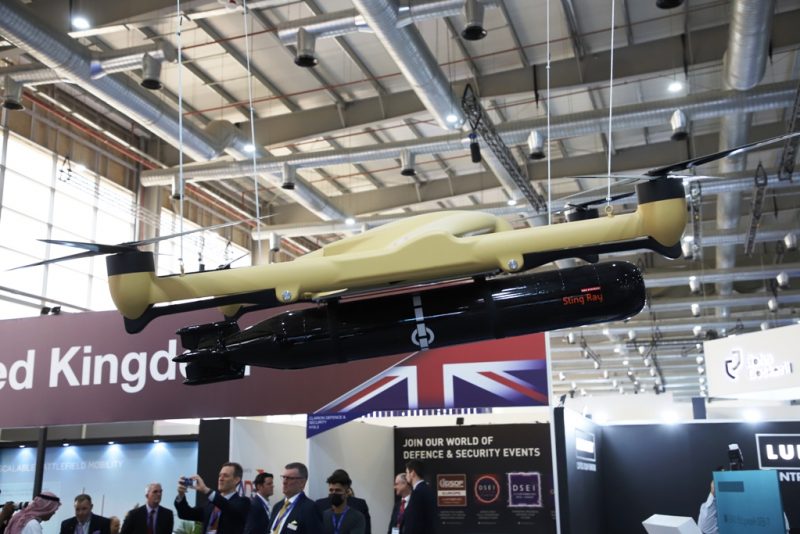 Unveiled at DSEI in September 2021, BAE Systems’ T-650 Electric UAS was exhibited at the World Defense Show in Riyadh. The T-650 is definitely not a product but rather a concept study launched by BAE Systems and Malloy Aeronautics, the two companies intending to explore the development of an all-electric heavy lift UAS that might find applications in various areas. One of those is definitely defence world; here the T-650 can fulfil missions such as automated logistics and resupply, both on land and at sea, CASEVAC (casualty evacuation), anti-submarine warfare carrying i.e. the Sting Ray advanced lightweight torpedo, the system was exhibited in this configuration, maritime mine countermeasures carrying the Archerfish expendable mine neutraliser, maritime Search and Rescue, surveillance and monitoring, and finally Close Air Support in a weaponised version. The full-scale T-650 will have a maximum payload of 300 kg (the weight of the Stingray is around 270 kg) and can reach a maximum speed of 140 km/h. Range with and without payload varies considerably, from 30 to 80 km. According to BAE sources the concept should reduce the cost-per-flight-hour by three orders of magnitude comparing that of the T-650 to that of a medium helicopter.

The T-650 has two lateral booms, each hosting at its extremities the electric motors and the rotors that provide the lift and the speed. The two booms are linked by a structure that at its centre carries the fuselage, which hosts batteries, electro-optic sensors and so on, and also carries the payload, in this case the Stingray torpedo.

Currently BAE Systems and Malloy Aeronautics are building a reduced size prototype that should fly in the second half of 2022. It will have a reduced payload capacity, between 200 and 250 kg, and will be exploited to see how to integrate more technologies on board. How much the final product will eventually look like the current concept model remains to be seen, testing and lessons learned during the latter being purposely made to shape the final layout. 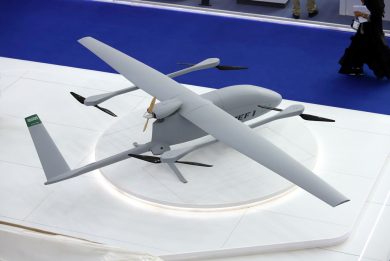