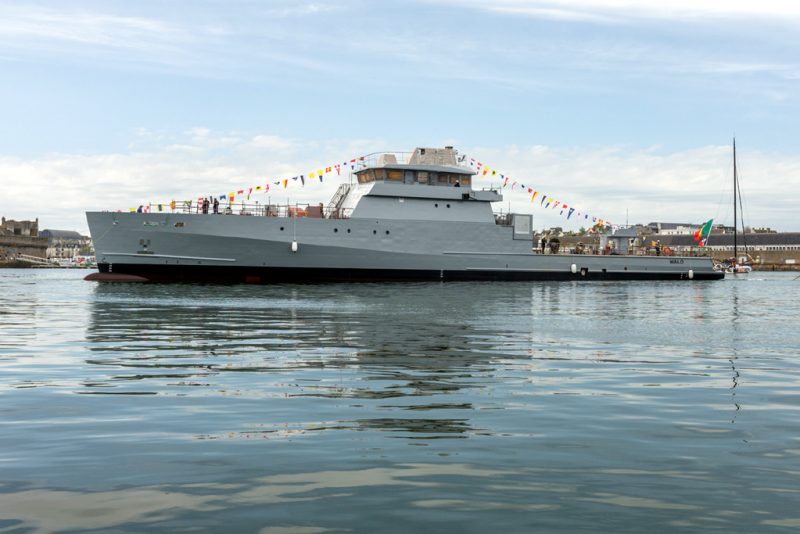 11 April 2022 – The launch of the ‘WALO’, the first ocean patrol boat for the National Senegalese Navy, was carried out today in Concarneau (29), in the presence of Admiral Oumar WADE, Chief of Staff of the Senegalese Navy. This new step symbolizes the continuation of the programme which involves the supply of three ocean patrol boats.

In parallel, the second unit is being fitted and the hull of the third one is in the last phase of assembly.

As a reminder, this contract was signed in November 2019 by the Ministry of the Armed Forces of Senegal and the PIRIOU group.

Carried out with the support and expertise of its subsidiary company KERSHIP, the construction of these three patrol boats, will be spread over a period of 44 months, until the summer of 2024. It also provides for a support period of several years in Senegal.

Vincent Faujour, President of the PIRIOU Group declares: “I am happy to have attended this symbolic stage which fits perfectly into the schedule initially planned in the programme and demonstrates the commitment of the Group and of his teams”

The OPV 58 S (Offshore Patrol Vessel) is a 62 m patrol vessel that features an outstanding versatility. Robust and enduring, it is dedicated to surveillance, identification and intervention missions, perfectly responding to the variety of missions related to State Action at sea. In addition to its projection capabilities (commando boats), it has a first-class deterrent capacity thanks to its anti-surface and anti-aircraft weapon systems Among the ship’s major innovations and capabilities, the following should be noted:

These OPVs will be equipped with MARTE MK2/N anti-ship missiles with a range of more than 30 kilometers and their fire-and-forget capability will allow the Senegalese Navy to ensure its maritime superiority. The immediate protection of the patrollers will be ensured by the SIMBAD-RC system that carries two MISTRAL missiles, the whole guaranteeing excellent protection against anti-ship missiles, combat aircraft, drones, helicopters and fast craft such as FIACs. All these missiles are produced by MBDA. 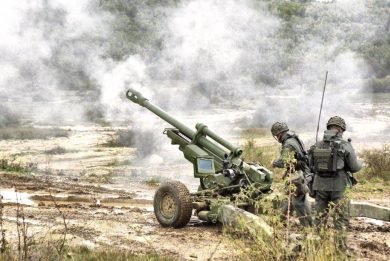 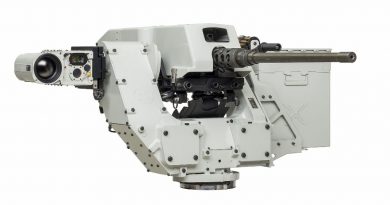 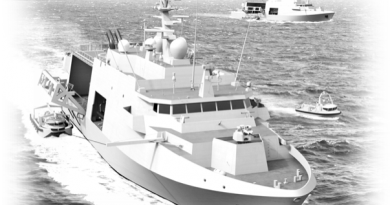