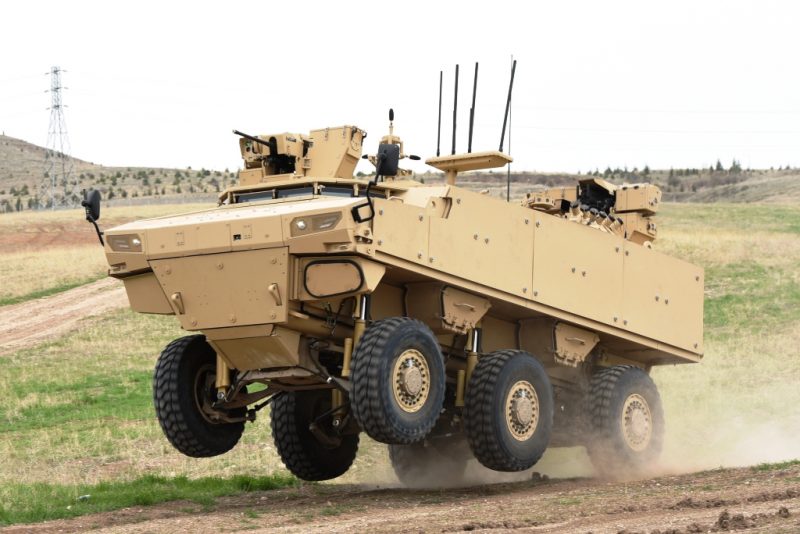 Sometimes lessons are learned the hard way. This is what should have happened to Turkish Special Forces units operating in homeland security missions in the last years. Casualties caused by IEDs as well as by ballistic and mine threats, especially when going through urban areas, led SF operators to ask for heavier protection, something quite unusual as those type of soldier tends to privilege mobility and quick reaction capability.

The first hints of a requirement for a heavy protected vehicle started to emerge in 2015, and when the first meetings with FNSS’ engineers took place, it was obvious that their needs in terms of protection and mobility could not be met by a 4×4 vehicle. “When we proposed a 6×6, they were pretty worried the possible lack of mobility in urban areas, however we showed them that our PARS 6×6 thanks to its front and rear steering axles and its length of less than 7 meters could turn in the same radius, therefore this was the basis from which we started the programme,” Haldun Olgun, FNSS’ Business Development Manager explains to EDR On-Line in the company business lounge at the IDEF 2021 exhibition.

Since then the programme has been run hand in hand with SF operators, details being continuously refined in order to cope with their requirements which are very specific, as they tend to operate in areas with a much different situation compared to what conventional units face on the battlefield. “Their mission consists usually to reach the target, release the dismounts who carry out the job, reload them on board and carry them back safely to base, and these guys need to reach the objective area in fresh conditions and with the best possible situational awareness,” Mr. Olgun adds.

Compared to the PARS III, the new vehicle is 2 tonnes heavier up to 26 tonnes, and slightly wider, less than 3 meters compared to the 2.9 meters of the previous iteration of the PARS 6×6, and marginally higher. Height is however variable, as the double wishbone independent hydro-pneumatic suspensions were replaced by independent hydro-pneumatic suspensions with ride height control. As usual FNSS does not communicate on the powerpack, however to increase mobility it is quite probable that the engine has been rated at a higher output. As for protection data also remain obviously classified; however EDR On-Line understood that compared to the Level 3 ballistic protection available on the PARS 6×6 III, that of the PARS 6×6 IV, the generic name of the vehicle of which one variant is the PARS 6×6 Special Operations Vehicle (SOV), is well over Level 4. Even more important, a full IED/mine protection kit has been installed, “We build a prototype with dummy equipment inside, energy absorbing seats and instrumented blast test dummies, and it survived four explosions. The first was underbelly,” FNSS’ BD manager tells us without giving any detail about the amount of TNT as this would give away the level, “then a second explosion was made under the front-left wheel, without relevant damages and no injuries to occupants, followed by a third underbelly blast, and finally an IED blast on the side (here too details were not revealed), the hull well proving its robustness.” All protection packages are developed in-house, and consist of hybrid solutions involving different material.

As said, SF tend to appreciate quick reaction, so initially one of the requirements was to have side windows with firing ports. FNSS engineers underlined that this would have hampered resistance against blasts, and proposed instead to install two remotely controlled weapon stations (RCWS), in the form of the Sancak, which can be armed either with a 7.62mm, 12.7 mm machine gun or a 40 mm automatic grenade launcher. These are installed respectively forward right and rear left, in order to provide 360° coverage. Derived from the RCWS installed on Qatari PARS, the Sancak was qualified by the SSB and the SF one week prior the show. Two control stations are installed inside the vehicle, however one operator can use the RCWS one at a time should the other one have left the vehicle. The images provided by the two electro-optic packages installed on the RCWS add medium-range situational to the close-range SA provided by the 360° observation system. Those images are not shown only on the commander screen, but also appear on a screen installed at the rear of the engine compartment, which can be seen by all personnel seated in the rear compartment.

The PARS 6×6 SOV has been fitted with an upgraded vetronic system, better capable to accept the integration of new subsystems. Beside the two RCWS the vehicle is fitted with a number of communication equipment, 4G modem, encrypted communication and it is also capable to fit into local telephone landlines and into mobile telephone nets while a SATCOM capability will be added later on, as well as acoustic gunshot detection system with RC-IED jammers. This considerably increase power consumption, hence FNSS engineers split batteries in two packs, one devoted to the vehicle and one to mission systems, the alternator having also been replaced by a more powerful one, EDR On-Line understood.

No details were revealed on the internal layout and on the number of operators hosted by the PARS 6×6 SOV, which will definitely be lower than that allowed in a standard troop transport configuration. This also because SF operators tend to carry more equipment. “We had some hard time finding out how to store all what they have, which beside heavy rucksacks include RPGs, shotguns, sniper rifles, etc, but in the end we managed to fit all that equipment in the vehicle,” Mr. Olgun says.

Another request by SF operators was related to protection when disembarking and embarking from and on the vehicle. The PARS 6×6 SOV has one side door, on the right, and one rear door, the ramp was not considered as it takes too long to open and close. Exiting and entering by the side doors provides protection when potential enemy fire comes from the left; should the SF team need recovering personnel from inside a building, the door would provide a degree of protection against small arms fire coming from the front. As for the rear door, this is hinged on the right, ensuring some protection when fire is coming from that same side.

To increase protection against RPGs the PARS 6×6 SOV shown at IDEF was fitted with QinetiQ Q-NET, a fully combat-proven solution which adds some width but definitely protects against one of the most widely spread threats on asymmetric battlefields.

The PARS 6×6 SOV configuration is now practically frozen, although that term does not go well when referring to Special Forces, and further evolutions might well be required in the future. For the time being the Ankara-based company has started producing the vehicle, first deliveries being expected in October 2021.

When in 2019 the Turkish Land Forces came up with a requirement for a New Generation wheeled vehicles, FNSS noticed that those were pretty much similar to those of the PARS 6×6 SOV. Leveraging the development work done for that variant, FNSS started working on a new upgraded version of its PARS 8×8, which is now the PARS IV 8×8 and is being unveiled at IDEF 2021. But this will be the subject of another article.

The DCI’s CIF-PM: A Training Centre of Excellence for underwater and special operations

27/05/2017 EDR Comments Off on The DCI’s CIF-PM: A Training Centre of Excellence for underwater and special operations 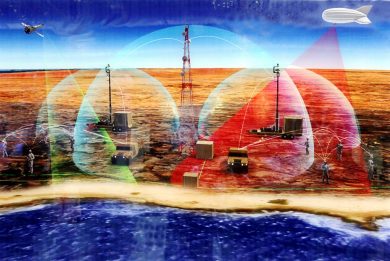 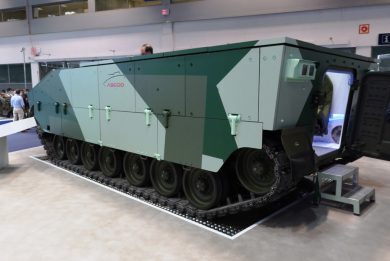