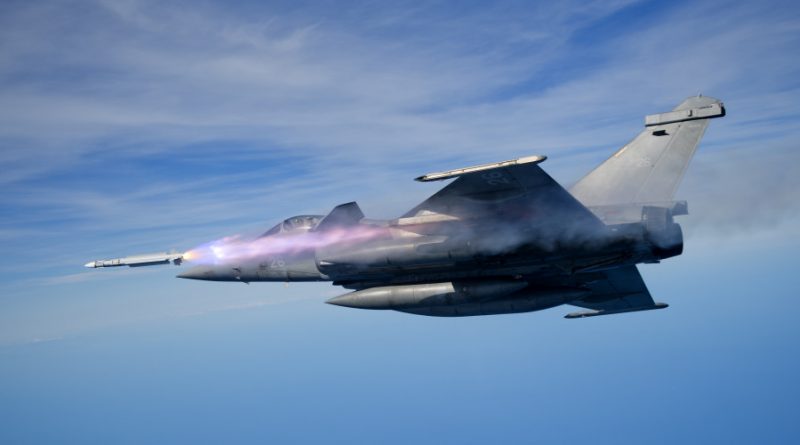 In 24 July the French Ministry for Armed Forces, Florence Parly, announced the launch of the MICA New Generation programme that will allow improving the mid-range interception capability, close combat and self protection of Mirage 2000 and Rafale aircraft of the French Armée de l’Air and Marine Nationale.

The missile will be developed in two versions, with IR or RF seeker, deliveries being expected between 2026 and 2031. This will allow them to replace current MICA missiles, which will be gradually phased out between 2018 and 2030. The French Government considers the export capability of the new missiles, not only in the air-to-air but also in the ground-to-air version, following the example of the VL MICA, export being an integral part of the national strategy and one of the aims of the DGA reform. The MICA NG is the first programme that will be launched within the 2019-25 military program law.

Developed and produced by MBDA the European missile company, together with Safran and Thales, the current MICA is in service with over 12 countries both in the airborne and in the GBAD versions. Propulsed by a solid-propellant rocket motor, the air-to-air version has an operational range of 50 km, and a maximum speed of Mach 4, the GBAD version reaching a 9,000 meters altitude with a maximum speed of Mach 3. The EM version features an active radar homing seeker while the IR version is fitted with an IR seeker.