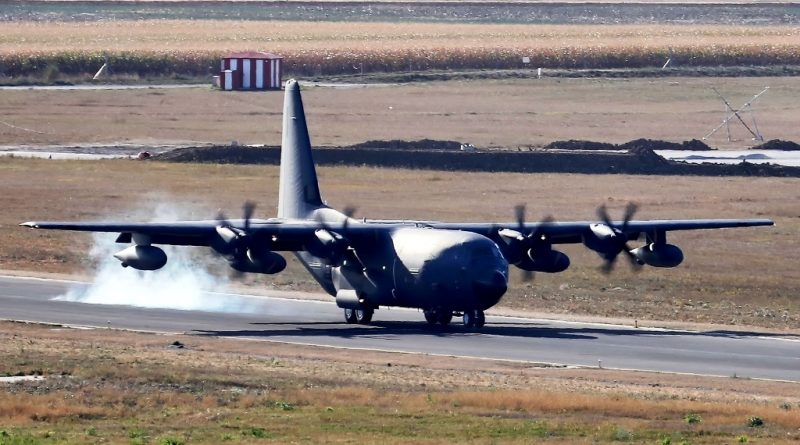 At 17:45 local time on 19 September 2019, the French Air Force (Armee del Air) received its first KC-130J tanker airplane at the Orléans Air Base (BA123) increasing number of the Hercules medium-size transport airplanes of the air force to 17. Its delivery enables the French Air Force to provide aerial refuelling support for EC725R2 Caracal helicopters of EH 01/067 Pyrénées during their missions in support of the Combat Search and Rescue missions. Delivery of the two C-130J-30s and two KC-130Js to the French Air Force is the start of a programme during which the France and Germany will form a joint C-130J/KC-130J Hercules fleet at BA105 Evreux/ Fauville in 2024.

In 2006, the French Air Force’s Helicopter squadron 1/67 Pyrenees received its first Eurocopter EC.725R2 Combat Search and Rescue helicopter. The squadron received a total of nine such helicopters, and one of them was lost in an accident on 29 November 2014. In 2007 the EC725R2 was qualified for air-to-air refuelling after it successfully passed trials with a KC-130J tanker of the Italian Air Force between 8 and 25 October 2007. But their air-to-air refuelling capability was never used in Combat until 2013, when a Caracal of the squadron was refuelled by a USMC’s KC-130J Super Hercules over the Sahel Desert during Operation Barkhane in late October 2015. Before that, the Caracal pilots of the Squadron had performed tens of aerial refuelling trainings with Italian Air Force’s KC-130Js and USAF’s MC-130Js during various exercises since 12 November 2012.

Not only France, rather Germany has plan to procure KC-130J, said Colonel Michel Stanislas, commander of BA123 told EDR On-Line. He also detailed the international plan to form a French-German squadron in which the two C-130J-30s and KC-130Js of BA123’s ET 02/061 Franche-Comté will be used together with three C-130J-30s and three KC-130Js which Germany intends receiving between 2021 and 2024. The French and German KC-130Js will provide aerial refuelling support not only to EC725R2 combat search and rescue helicopters but also to fighter jets such as Mirage 2000s and Rafales of French Air Force according to Maj. Romain, the first KC-130J pilot of French Air Force.

Thanks to the KC-130Js of ET 02/061, the French Air Force will soon be independent and self-sufficient in aerial refuelling support for its EC725R2 helicopters deployed in operations Barkhane and Chammal, in Africa and Middle East respectively. During the handover ceremony of the first French Air Force’s KC-130J with 61-PQ tail code and 5874 serial number, Edward A. Arner, the International director of Lockheed Martin also explained how the shorter length of the KC-130J (in comparison with C-130J-30) enables it to have an extended range which is crucial during the missions in support of the Caracals of EH 01/067 Pyrénées.

France has now become the fifth nation after Italy, Kuwait, Saudi Arabia and United States to operate KC-130J Super Hercules tanker airplane. The 5874, which was handed over to its squadron at BA123 on 19 September, is the 70th KC-130J manufactured by the Lockheed Martin and is the first of two ordered by France through a $132.6 million USD contract. The sale of these airplanes together with a pair of C-130J-30s under a $650 million FMS (Foreign Military Sale) agreement was approved by the US State Department in November 2015. The French Air Force now deploys a fleet of five C-130Hs, nine C-130H-30s, two C-130J-30s and one KC-130J all in service with the ET 02/061 at BA123. The C-130H-30s of the squadron have been frequently deployed in support of French Special Forces operations in Africa by the GAM 00/056 Vaucluse, based at BA105 Evreux. 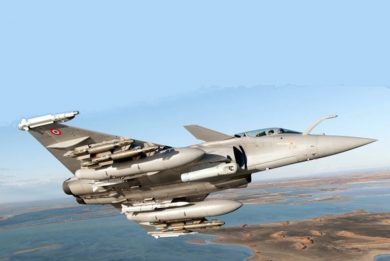 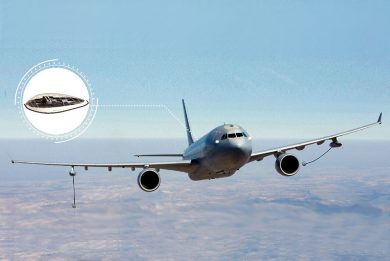 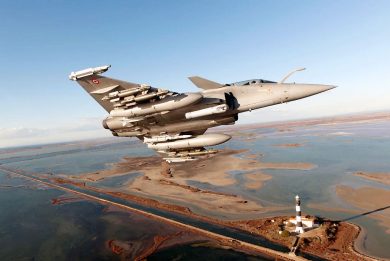