Although the air-to-air Meteor missile is considered the best weapon of its category, international potential user having repeatedly stated that during the Paris Air Show, MBDA is already looking at the future also in that segment, as evolution never stops. Here too not much information was available, the plan being still in the early stages, a Meteor Mid-Life Update being planned in the near future. The future missile replacing Meteor will have an increased range, a better data link, and will probably feature a multimode seeker.

When aircraft operate inside the GBAD threat bubble, the risk to be confronted by an incoming missile is quite real, and not always soft kill defensive solutions, such as chaff, flares, RF decoys and potentially in the future also DIRCM, are effective. To cope with that threat, which includes also air-to-air missiles, MBDA is studying a hard kill anti-missile system. The aim is to install those small missiles, less than 1 meter long and with a weight of less than 10 kg, in a conformal configuration within the air platform, MBDA having already started talking to some aircraft manufacturers as their aircraft under development should consider this possible solution from inception. This would avoid disrupting the stealth characteristics as well as aerodynamic performances. Advanced warning will be provided by adequate sensors distributed and networked, MBDA looking at the development of future generation multispectral infrared and radiofrequency active and passive  systems. The minimum number of missiles considered for an air platform is four, however a six-eight missiles solution would guarantee a much higher protection. This system is also considered at the 2040+ horizon. 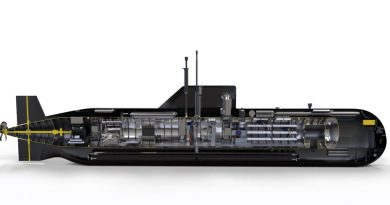 Midget submarines made in Italy, tailored to the Gulf needs

31/10/2019 Olga Ruzhelnyk Comments Off on Midget submarines made in Italy, tailored to the Gulf needs 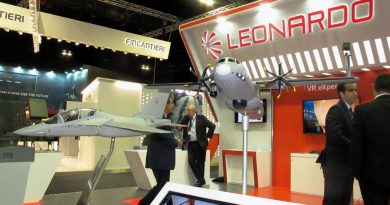 Leonardo looks at increasing its presence in Malaysia 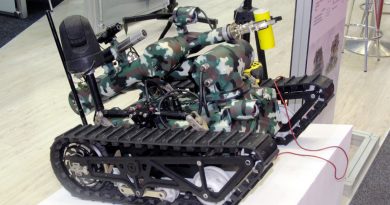