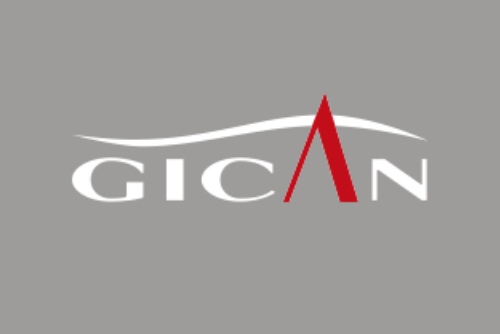 After underlining the importance of maintaining the Euronaval 2020 exhibition alive, albeit virtually, and after congratulating the organisers for the quick shift from the actual show to the online one, Hervé Guillou, Chairman of the GICAN (Groupement des Industries de Construction et Activités Navales) the French Marine Industry Group that gathers the French companies involved in military and civil activities related to naval and marine systems, analysed the situation of the French naval industry in the COVID-19 era.

“This reflects the dynamism, of the resilience and of the challenges that expect the French naval industry in the coming months. The GICAN is obviously beside its 200 members to try those challenges,” Guillou said. Of those 200 companies 65% are small enterprises, 15% medium and 10% are major industrial groups, these having been joined by start-ups since November 2019, when the SEAstart accelerator was launched; most of the companies are involved both in military and civil businesses.

“The exit from the crisis situation is misleading, as it confirms the constant growth trend of our industry that started in 2016. At the end of 2019 we had a turnover worth 12.3 billion Euro versus 11.4 billion in 2018, which means a 9% organic growth. Of that sum 6.5 billion were coming from military activities while the civilian market accounted for 5.8 billion,” the GICAN Chairman said. For military activities the export market represented slightly more than 50%, while 95% of the civil turnover came from export. “In early 2020 the French naval industry confirmed those trends, with a workforce of 48,100 direct employments, that is 1,000 more than at the end of 2018, and recruitment perspectives for 30,000 more personnel in the coming years, of which 10,000 of new working places,” Guillou told the virtual audience explaining that three main factors allowed this forecast, a robust and credible LPM (Loi de Programmation Militaire, the Military Programming Law) that ensures a satisfactory workload in the military domain for French shipyards, numerous export major successes with allied nations, such as Australia, Belgium, the Netherlands, Egypt, the UAE, Brazil, India and Malaysia, and the growth of the activity for an industrial complex that is mostly dual. “In 2019 the naval industry represented half of the French defence export, with orders for over 25 ship acquired during that year,” Guillou added.

The COVID-19 crisis obviously questions the projections made in early 2020: “The crisis marked a brutal stop of the production for many industries as well as in commercial contacts, however at the height of the crisis French industrialist proved their solidarity and their resilience, which allowed the French Navy as well as all its foreign partners to continue their missions on the five seas around the globe,” the GICAN Chairman underlines. “However we are afraid that this resilience might be only an illusion, as it will certainly put to test in the coming months for a number of reasons,” he continued. Among those travelling problems, which might remain for a long time, hampering commercial activities, the risk of delays or cancellation of foreign programmes on which the French industry was well positioned, the recognised risk of a decrease of civil activities, especially the strong uncertainties on the cruise market, and the lack of cash. “The latter mostly hit small and medium enterprises, despite the massif support of the French Government, which will however last only for a limited period of time,” Guillou affirmed. Another risk is the financial weakening of some companies, which can become easy prey for aggressive investors.

One of the key issues is linked to small and medium enterprises. “We identified around 80 companies operating in the naval field that were in real running into true problems, and the first action taken was the reduction of payment time to less than one week,” the GICAN President explains, adding that his organisation, in cooperation with others, also helped those companies in preparing their files for requiring the State financial support, and to allow them to get priority in accessing some programmes designed to support them during the crisis..  “It is difficult to estimate how many companies are in a real critical state, I would assume it is a single digit number, however for many others the problem they face today is uncertainty.”

Guillou marked that the naval industry works on extended times, thus it suffers less in the initial phase of the crisis compared to other industrial sectors, and this is the reason that keeps it at 100% of its activity and of its capacities. However there is a strong risk of a delayed crisis similar to the one that is hitting other industries, that might appear in a matter of months or years due to a gap in the workload caused to orders lost or delayed, “This is why 5-10% of personnel recruitment scheduled for the incoming months has been put on hold.”

In the coming months uncertainty will hit industrial planes. “This is why we decided to keep the Euronaval exhibition, even in its virtual format, in order to allow industrialists to resume commercial contacts and to take part in the full relaunch of this industrial sector,” Hervé Guillou commented.

According to the GICAN Chairman the first thing to do to solve immediate problems is to restart orders acquisitions, in the mid term thanks to the export, and in the long term thanks to new investments in Research and Development and to the start of major programmes. “On May 14th the GICAN prepared an ambitious restart plan for the main groups as well as for medium and small enterprises and equipment manufacturers, with 50 proposals around four main axis,” Mr. Guillou explained. The first was the launch of new orders both from the public and private domain, in France and on the export market, the second aimed at offer transformation and innovation, the third linked to industrial policy and finally job development. The GICAN Chairman considers that a strong help from public powers in terms of support to export is vital, due to mobility problems that will last for some time, underlining the work done in cooperation with the Délégation Générale de l’Armement and Business France to help companies to link-up again with their customers. “In France the first thing to do is to execute and fully consolidate the LPM, the reduction of export putting at risk production costs, which explains our request to accelerate already identified projects that should help companies in the short term.” To this end the GICAN made a series of proposals to the Ministry of the Armed Forces during the COVID crisis, among which an acceleration on some of the programmes. “One billion Euro of extra orders in our business area, which maintains most of the value within France, brings a two million gross domestic product increase in the matter of a couple of years and 600 million of taxes income,” Guillou says, adding that this is a much better way to fill potential export orders gaps in that way rather than financing unemployment. The industry wishes that a number of key programmes would be secured, i.e. that for 3rd Generation Nuclear Ballistic Missile Submarines, while maintenance funds must be also secured. The GICAN also asks that research funds should be increased, as they are lower compared to those destined to aviation and other industrial sectors.

“Naval innovation must be a key element of the recovery,” Mr. Guillou stated, underlining that current French naval technologies are recognised and required all over the world. The lack of cash availability, something that the crisis might cause, can affect the capacity to invest in R&D, something that according to Mr. Guillou must be absolutely preserved, the technological margin must be maintained, creating the ship of the future, more energy efficient, less polluting, more smart, and here according to the GICAN Chairman the dual-capability of the French naval industry is a asset, the constant dialogue between military and civilian activities must allow to accelerate the deployment of those innovative technologies. “This needs the support of the Government, through the project labelled by the CORIMER (Conseil d’Orientation de la Recherche des industriels de la Mer, the sea industry research orientation council), for which we aim since 2020 to ask 100 million Euro funding requests for the incoming years,” Guillou said. He also underlined that the naval industry must be involved in the recovery plan, in which for the time being the maritime aspects are mostly linked to harbours energetic transition and fishery support.

After having depicted the situation in France, Mr. Guillou shifted to Europe. “Europe must use this crisis as an opportunity, as the same problems that affect our national naval industry affect those of all our European partners, and justify more than ever a new effort to check the best consolidation opportunities at continental level, in front of growing competitors, especially in Asia, who are now present on international calls for tender.” The fragmentation and complexity of the European naval scenario leads very often to fratricide fights on the export as well as on European markets, due to the small size of domestic markets.

Hervé Guillou underlined that for the first time the European Defence Fund assigned a the SEA Defence European consortium sees for the first time all European shipyards together, showing the way for solidarity and innovative developments. “The PESCO capacity project, for the European Patrol Corvette, which gathers together the Italian, French, Spanish and Greek governments, has already found industrial answers that will have to be sustained within the European Defence Fund initiative,” he adds. Talking about consolidation, the GICAN Chairman underlined the alliance between Naval Group and Fincantieri, finalised in 2019, which opens the way in the defence area for a true European consolidation of this sector, which should be accelerated. “I always said that we must talk to everyone, I did it along all my career, then you need the alignment of  three stars, political, programmes and industrial, therefore the best strategy is to be ready when this happens, and this is what happened recently with Italy,” Guillou concludes, adding that this did not materialised yet with other nations, such as Germany, but this should happen the Franco-Italian alliance is all but closed, as also Mr. Bono, the CEO of Fincantieri said. 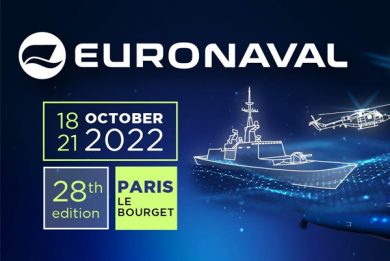 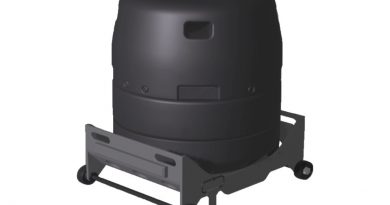 DA-Group: MM30, a new naval mine from Finland 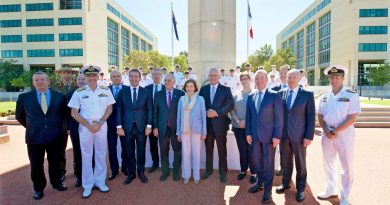