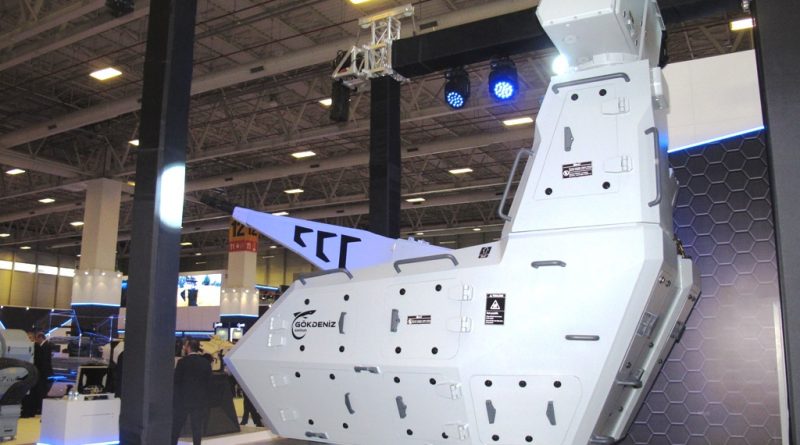 The veil fell around 11:00 AM on Day 1 of IDEF unveiling the new naval antimissile system, the Gökdeniz, developed by Aselsan leveraging the work done on the Korkut self-propelled anti-aircraft artillery system. The system has been re-engineered in order to reduce the sweep area, which has now a 3 meters radius, thus reducing the space needed for installation on board ships. 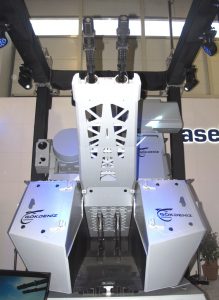 No figure about the system weight was provided, as this strongly depends on the configuration: the Gökdeniz can be fitted with a 3-D search radar, Aselsan having such system in its inventory, as well as with a tracking suite based on a radar and an electro-optical sight, however it can also do without those, when integrated in the ship sensors net. Although the prototype was unveiled in April 2019, one year earlier the single components of the Gökdeniz were tested on board a ship. The two 35 mm cannons are provided by MKEK and are fitted with an automatic linkless ammunition feed mechanism allowing to select between two different types of ammunition, each gun having a 100 rounds magazine. Elevation arc is between -15° and +85°. The Gökdeniz is designed to provide air defense against guided anti-ship missiles as well as unmanned aerial vehicles, planes and helicopters. It can also be used against fast-boats threats. The system was developed under a contract by the Presidency of Defense Industry Presidency (SSB).

While talks are underway with the national military, Aselsan is in advanced discussions with export customers and company sources said that they hope to announce a launch customer in a few months time.

07/09/2019 Olga Ruzhelnyk Comments Off on ► Steadicopter Will Present its Next Generation Black Eagle 50, an Advanced Lightweight Unmanned Robotic Helicopter