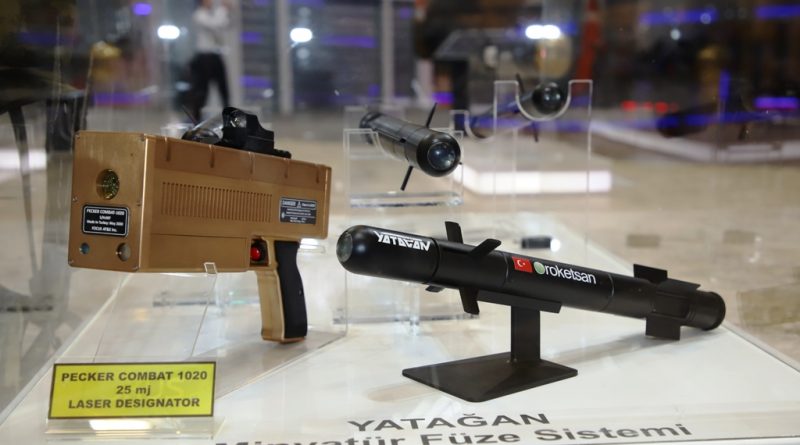 Renowned for its artillery rocket systems, and not only, being also the Turkish champion for air-to-ground and antitank missiles, as well as for bomb guidance kits and other systems, Roketsan unveiled at IDEF two very light systems aimed at providing the infantryman with increased precision firepower. 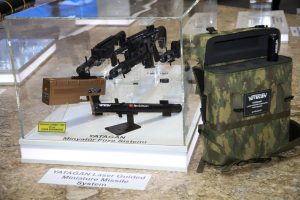 The lighter system is known as Yatağan, a type of Ottoman knife or short sabre, and comes in a form of mini-missile with a 40 mm calibre that allows it using 40 mm grenade launchers as launch tube. The round has a small charge that ejects it prior the activation of the small rocket motor. The canard wings deploy and receive the orders from the on-board guidance system based on a laser seeker that receives the laser reflection from the laser designator aimed at the target. 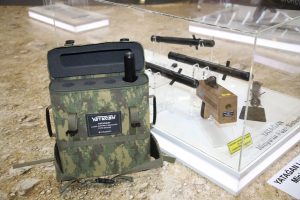 The length of the round is around 40 cm and weighs around 1 kg. The semi-active laser guidance adopted provides a CEP of around one meter, maximum range being of 1,000 meters. For infantry application Roketsan proposes a rucksack containing four missiles, however the Yatağan can also be used by unmanned systems of small dimensions, evolving on the ground, in the air and at sea. The Yatağan is still under development under company funding. 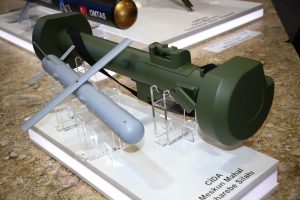 Roketsan invested its R&D money also in another infantry system, of bigger dimensions. Known as Cida, it is defined as an “enhanced smart rocket,” this because the projectile is guided only by an inertial measuring unit platform, CEP being around 5 meters. The firing sequence sees the soldier activating his sight, aiming it at the target, squeezing the locking trigger, waiting around three seconds allowing the algorithm estimating the target point to complete its task, then the firing trigger is squeezed. This activates the soft launch system, which is fitted into the expendable launching tube but is separate from the projectile. During the flight the Cida reaches a maximum speed of around 100 m/s, the IMS activating the rear cruciform wings in order to guide it towards the target, the lift being provided by the main wing that rotates after launch to become perpendicular to the missile body. 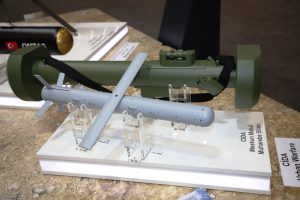 The launch tube diameter is of 90 mm, its length being 1 meter Roketsan to exploit the warheads developed for the Cirit guided rocket system, which include a multipurpose warhead (blast fragmentation, incendiary and armour piercing), a thermobaric warhead, and a high explosive blast fragmentation. The warhead takes around 40% of the total length of the Cida projectile. The current range is of 750 meters, however the final product should increase it to 1,000 meters, the type of guidance allowing using the Cida mostly against static targets. A first flight test has already been carried out, further testing being planned to confirm the system reliability and performances, a full prototype being expected for late 2019. Some upgrades are already being considered, beside the range increase a better man-machine interface is being studied. The current system does not allow firing from enclosed areas, however this is one of the next steps together with the possible adoption of a semi-active laser guidance, the latter considerably reducing the CEP.