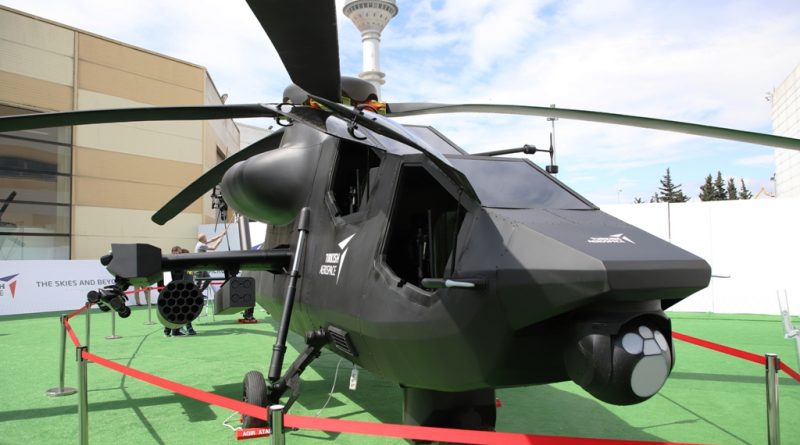 On the main Turkish Aerospace stand a Turkish Land Force     s T129 Atak was exhibited, the notional mock-up of the future Multirole Heavy Combat Helicopter being visible in the outside area, together with a Turkish Air Force Anka and other products. Calling it notional comes natural considering that the real green light for this programme was given a couple of weeks before the opening of IDEF, when the contract signed a few months earlier became effective. 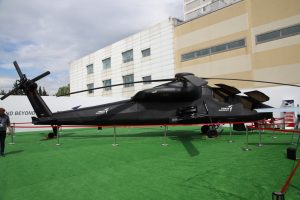 “My team of around 400 engineers has been working for over one year on four different programmes, one of them being what is often defined as the Atak 2,” Hulusi Ali Kasap, the director of the helicopter engineering division at TAI tells EDR On-Line. The mock-up was built in less than three months, and shows a conventional architecture helicopter, available data calling for a machine of over 10 tonnes MTOW, with two pilots in tandem, with a service ceiling of 20,000 ft, a maximum cruise speed of over 170 knots, and a hovering out of ground effect of 6,000 ft at 35°C. Comparing these data with those of the T129, 5 tonnes MTOW, 15,000 ft ceiling and 152 knots, shows well the difference in the requirements set by the Turkish Army Aviation, the new helicopter being aimed at a different mission, the T129 Atak being destined to remain in service alongside its bigger brother. 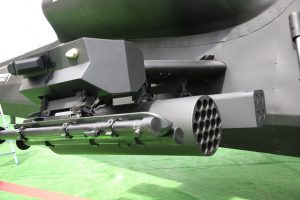 The programme launched under the auspices of the SSB, the Presidency of Defence Industries, is based on a preliminary requirement, many details having not yet been expressed, the company thus currently working on a technology demonstrator. The two clear requirements that led to the dimensioning of the new aircraft were a greater payload, the new helicopter will carry 1,200 kg excluding launchers (1,500 kg with launchers), and an increased protection. 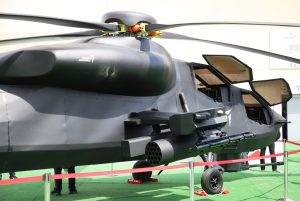 The MHCH or Atak 2 will have three weapon stations per wing instead of two, and will be able to carry either the current 20 mm three-barrel cannon or a 30 mm one, while under its wings it will carry 70 mm rockets, either unguided or guided, air-to-ground missiles, air-to-air missiles, and free fall bombs. The cockpit will have to be fully protected, TAI having now 18 months to take its decisions on how to cope with this requirement, especially as far as transparent surfaces are concerned, and will propose alternative design solutions to the customer. 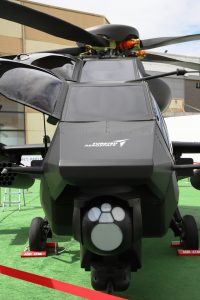 “However we are actually concentrating on the dynamic system,” Hulusi Ali Kasap explains, “as moving from a 6 tonnes to an over 10 tonnes machine is not easy task, as things are far from being linear.” The TAI helicopter engineering division is working on two possible main rotor designs, one with four and one with five blades, while the tail rotor should have four blades with a 90° angle between each of them. “We have also started working on the main rotor blades,” the engineering director says, “and we are developing some know how, so quite probably the blades will be different from those of the mock-up.” As for the turbines, these will be in the 2,800-3,000 shp range; more than one solution is available on the international market, however Turkey seems more and more willing to get away from ITAR or BAFA regimes, this narrowing considerably the possible choice. As it was done with the T625 Gökbey, also for the new combat helicopter the dynamic system development will see first a pre-Iron Bird, then the actual Iron Bird, and possibly a post-Iron Bird, a procedure that allowed speeding up the process in the development of the 6 tonnes helicopter. 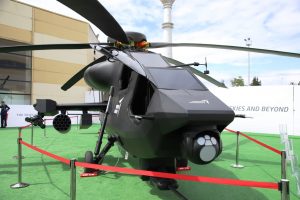 Once the dynamic system well underway the team led by Mr. Kasap will start dealing with all the other issues, ranging from avionics, for which Turkish companies can provide more than one solution, to the payload. A microwave radar will definitely be fitted, that should be mounted as in the Tiger attack helicopter. As for the electro-optic sensor suite, which will also include a laser illuminator for missiles, Aselsan is developing a new generation suite. 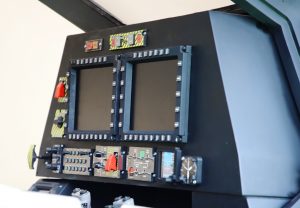 The new Multirole Heavy Combat Helicopter will have to fulfil numerous roles such as attack, air-to-ground and air-to-air combat, armed reconnaissance and observation, close air support, armed escort and joint air attack team operations. To see the Atak 2 at IDEF we will have however to wait some time: by contract its maiden flight should happen within 60 months from T0, which means before April 2024. 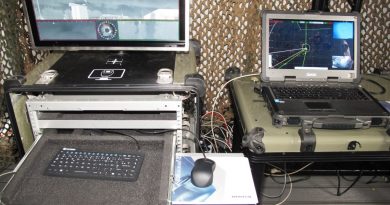 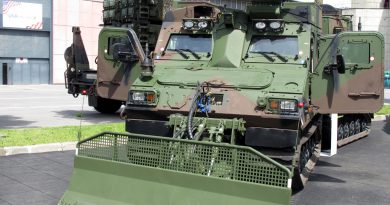