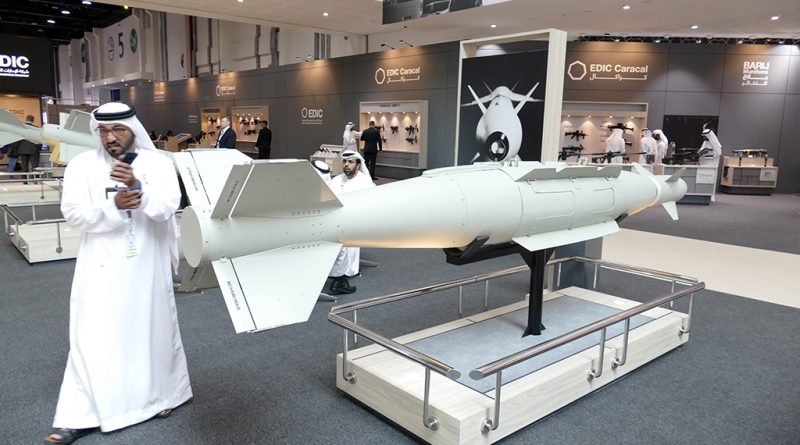 Over the successives venues of the IDEX show, the name EDIC (Emirates Defense Industry Company) has gained in surface and importance at the biannual event, as much via corporate growth than numerous purpose-full business takeovers allowed by the generous sovereign funds of the UAE, namely in order to create in country a modern and autonomous defence industry.

Not long ago, under the auspices of its CEO Luc Vigneron, EDIC took over the French MHR (Manufacture du Haut-Rhin) concern based in Mulhouse. A 100-year old company which specializes in small and medium caliber ammunition line manufacturing from 4,6mm to 14,5mm caliber including all variants such as ball, armour piercing, tracer and blank to name but a few, covering NATO, Eastern, Sports and Hunting rounds. MHR capabilities include the ability to support existing manufactures with additional machinery, conversions and new lines as well as new customers with complete green-field projects to establish ammunition production capabilities with all associated ongoing maintenance.

It should be noted that MHR has delivered in excess of 13,000 machines in it century old history in over 60 countries with 5,000 of these still in service today, some even dating back to the 1920s with continued maintenance and support from MHR (!) — as witnessed by this reporter last year when visiting the Indumil ammunition factory in Colombia. Recently, EDIC secured a new market for MHR in Oman, thus providing continuous growth for its ammunition support business.

At the opposite tip of the range, EDIC’s Barij Dynamics (formerly part of Tawazun industry) is producing guidance kits for large guided bombs specifically used by the UAE Air Force’s Mirage 2000-9s and F-16E Fighting Falcons. After starting production of the Al Tariq dual mode (GNSS/INS) guided bomb kit based on that of the South African Denel Umbani and producing a fold-out wing kit that extends the bomb range to over 100 km (from 40 km), either grafted to the nose of Mk.81 or Mk.82 explosive bodies.

More recently, Barij Dynamics has initiated production of the low-cost Sejeel guidance kit for Mk.80 series bombs which turns these dumb bombs into guided ammunition that can be programmed with differing attack profiles, including off-axis and moving target capability. Most interesting on show was the strap-on kit for the 1-ton Mk.84 weapon used on the centerline pylon by the UAE Air Force Mirage 2000-9, just like the French Air Force does today on its Mirage 2000 D fighter-bombers flying over Syria and bombing Daesh outposts from their Jordanian secret H4 base.

The UAE stay at the EDGE