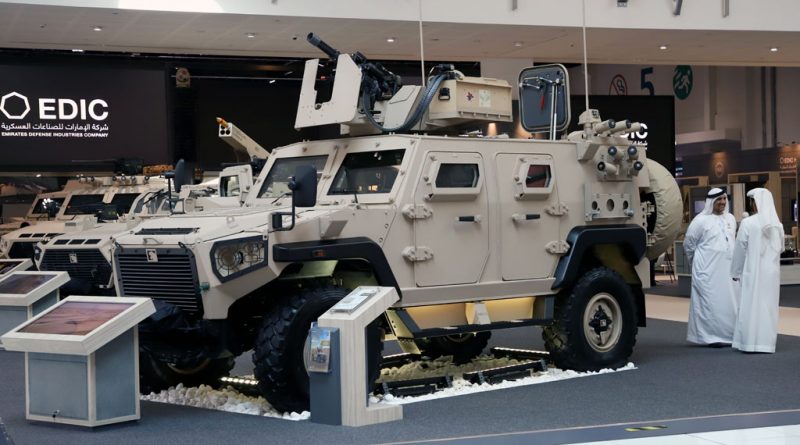 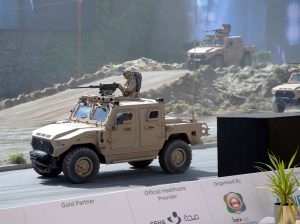 A good part of the Nimr portfolio could be seen during the demonstration taking place daily at IDEX, as most of its vehicles are already in service with the UAE Army; in the stand we could however discover the latest born of the Nimr Ajban family, the 447A MRAV (Multi-Role Armoured Vehicle). Compared to the Ajban 440A, unveiled at IDEX 2015, the new vehicle has similar dimensions but provides a higher protection to the two crewmembers and five dismounts, no details being provided on that. What is clear is that add-on packages are available the 2-2.8 tonnes payload allowing a considerable increase of the baseline protection level. Kerb weight is at 9.7-11.1 tonnes, which makes a gross weight of 12.5-13 tonnes. To cope with this new axles, designed and produced by Nimr, have been fitted, while the engine power is not much different in the standard offer, 223 versus 221 kW, an option for a 269 kW engine being however available, the engine compartment being ballistically protected. A new transfer case has also been adopted, and has been moved to increase space in the protected cabin. 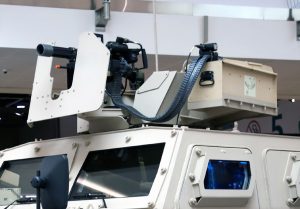 The vehicle features independent suspensions, central tire inflation system, self-sealing fuel tank, battery management system, recovery winch and air conditioning, and can be fitted with various types of weapon systems. At IDEX the Ajban 447A was equipped with a Platt MR550 armed with an M134D Dillon 7.62 mm Gatling machine gun; the UAE were the first Middle East customer for Platt’s shielded ring mount.

The Ajban 447A can reach a maximum speed of 120 km/h, climb a 60% slope, cross a 0.7 meters trench, overcome a 0.4 meters step and ford a river up to 1 meter deep. The vehicle is fitted with four side doors, the crew one being hinged at the front while the passengers one is hinged at the rear. 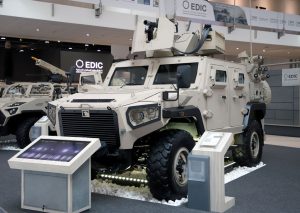 Asked about the contract announced at IDEX 2017, which included 1,500 Jais in the 4×4 and 6×6 versions, over 150 Hafeet 630A artillery support vehicles and 115 Ajban 440A vehicles fitted with an antitank missile system, Nimr representatives told EDR On-Line that this contract was never finalised, due to a “restructuring of the requirement”, which was modified towards 6×6 vehicles, a few hundreds having been provided. 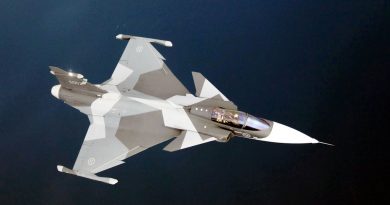