French Air Force Academy and Air Base in collaboration with DCI in support. 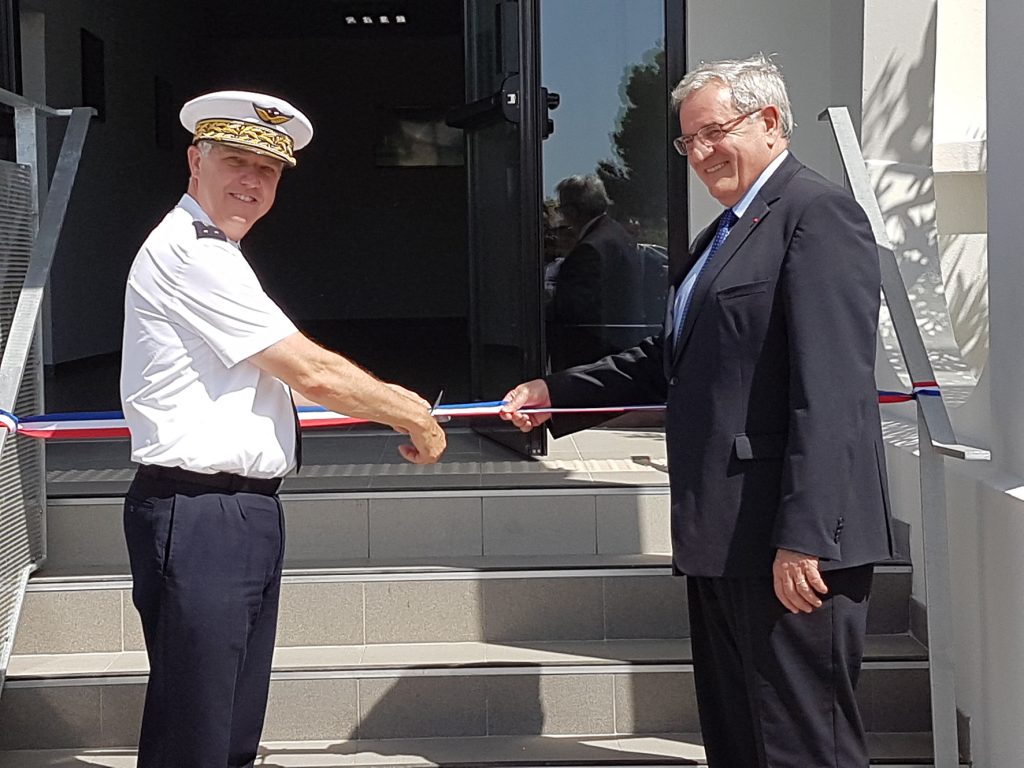 Air Commodore Francis Pollet, commanding officer of the French Air Force Academy and Air Base 701, and Jean-Michel Palagos, Chairman and CEO of Défense Conseil International (DCI), have inaugurated in the 5th of July 2016 the UAV Centre of Excellence (CED) and DCI’s International Academic and Aeronautical Training Centre (DCI-CIFAA) at Air Base 701 in Salon-de-Provence.

The French Air Force (FAF) has created the UAV Centre of Excellence at Air Base 701 in Salon-de-Provence in response to the growing need for UAV operator training and its ambition to innovate in anticipation of future trends in this sector.

The CED fills a dual role: training and innovation.

The centre, which brings together the knowledge and the competences of the FAF in this sector, will generate innovations in the surveillance of critical infrastructures.

Backed by the FAF Academy and under the aegis of the FAF general staff and French Air Force Human Resources management, the CED brings together all the competences of the FAF in the UAV sector. The centre enjoys synergies with the ONERA aeronautical research agency and the FAF research centre, both of which are present on-site. Its services are focused on research, technological innovation, system evaluation/specifications, and training.

The infrastructures of the International Academic and Aeronautical Training Centre (CIFAA), which are integrated into Air Base 701 in Salon-de-Provence, have been fully refurbished by DCI in order to extend the capacities of the CIFAA. Within the CIFAA, DCI offers foreign students training to enable them to follow the first phases of military pilot training or join the prestigious Air Force Academy.

Thus, after three years, devoted to a French foundation course, booster courses in scientific subjects and one year of specific university preparatory studies, the foreign trainees then join French student officers for two years of Air Force Academy training. Graduates who complete the full course obtain a degree through a partnership with Aix-Marseille University and the French Air Force Academy in Salon-de-Provence.

DCI also plays a major role in implementing the “Air Force Academy International Programme”, which was launched in 2015. This Bachelor’s course is identical to the Air Force Academy’s degree but is given entirely in English. It can be supplemented by four to six months of supplementary training depending on the student officer’s speciality (maintenance & logistics, intelligence officer, air commando, air defence).

DCI Chairman and CEO Jean-Michel Palagos declared: “This refurbishing responds to the centre’s need for classrooms to accommodate foreign teams and trainees in optimum conditions. The investment was possible thanks to the excellent collaboration between DCI and the French Air Force. I am very proud that DCI is offering a full range of FAF academic training courses that meet the requirements of countries friendly with France.”