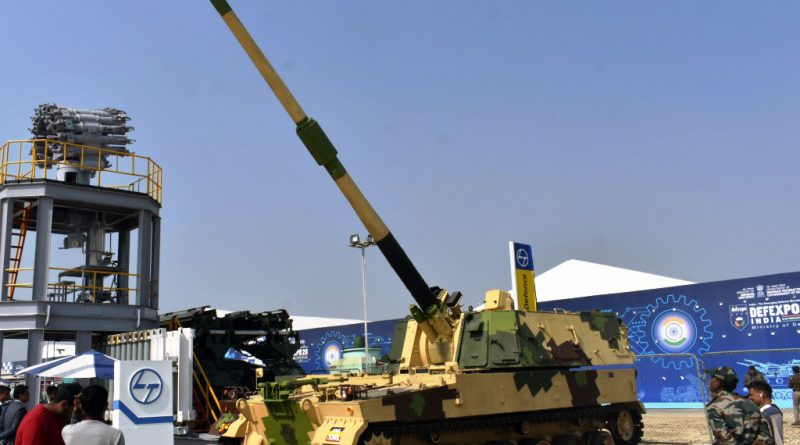 India’s company Larsen and Toubro (L&T) has presented for the first time at a public exhibition its K9 Vajra-T 155 mm self-propelled howitzer (SPH) built under license in accordance with the ‘Make in India’ initiative during DefExpo 2020, the previous appearance having been that at the Independence Day parade.

According to Indian officials, an agreement for indigenous manufacturing of K9s was signed in 2017. It stipulates local production of 100 SPHs, which are slightly modified copies of the South Korean K9 Thunder artillery system developed by the Hanwha company. L&T is reported to have already produced more than 50 guns.

L&T does not detail the specifications of the locally-built K9; however, according to Hanwha, the SPH has a firing range between 18 km (for the M107 high-explosive round) and 50 km (for the K315 high-explosive rocket-assisted round). It also fires with a rate of three rounds per 15 seconds in the Multiple Round Simultaneous Impact (MRSI) mode and features a sustained firing rate of 6 to 8 rounds per minute. The manufacturer claims the SPH’s armour protects against 14.5 mm armour-piercing cartridges and fragments of 155 mm artillery rounds.

The K9 weighs 47 tonnes and transports up to 49 155 mm rounds. According to Hanwha, the SPH has received an autoloader.

The K9 Vajra-T is believed to complement the Indian-developed 155 mm artillery systems such as the ATAGS (Advanced Towed Artillery Gun System) or wheel-mounted Salient. 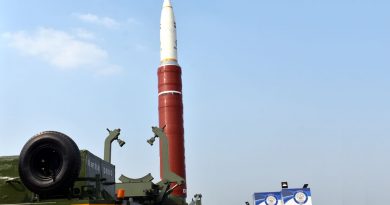 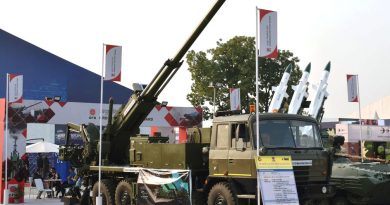