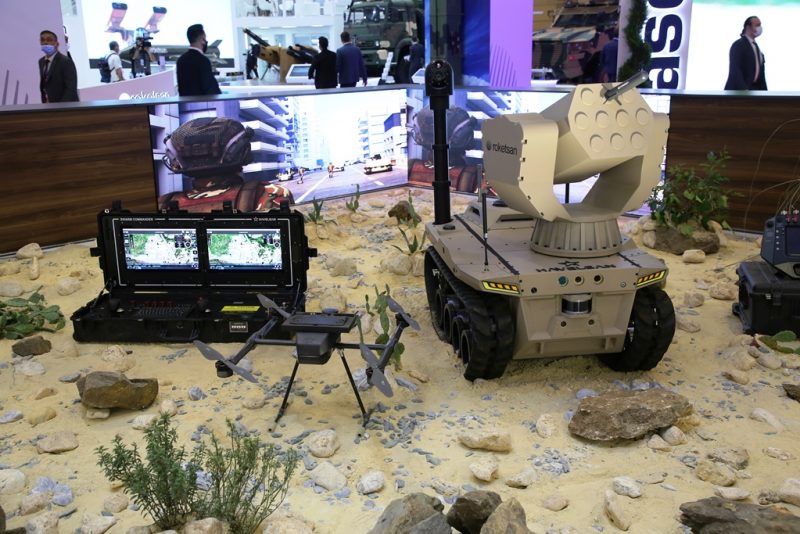 One of the leading technology companies of Turkish defence industry, Havelsan is developing a digitised system of systems that will include air, ground and naval unmanned systems and manned systems allowing to collect and combine all data available from the field, elaborate them exploiting among others artificial intelligence algorithms, in order to provide commanders and decision makers with the best suitable information.

The concept was named “Digital Troops” and was exhibited at IDEF 2021. Havelsan is not only developing the digital infrastructure of this programme, but is also designing its own unmanned systems, air and land ones being already in an advanced stage while the work on naval systems is at the beginning.

These UAVs and UGVs, and in the future USVs and UUVs, operate under the so-called Superintelligence System, the analysis tool developed by the company to increase military efficiency in the digitalized battlefield. According to Havelsan officials, the development of the architecture at joint level has started at the beginning of the current year, and is considered at TRL 5/6, software elements being tested into what was defined an “engineering field”, which EDR On-Line understood allows simulating operational scenarios.

Among the various advantages provided by Digital Troops we find the automatic mission assignment to weapon systems, the use of augmented reality through UGV sensors, as well as the creation of a smart logistic system allowing decision makers to have in real time the logistic situation of all players on the battlefield. A key element is the availability of reliable data links, which are being added also to existing manned platforms to allow full manned/unmanned teaming.

Havelsan is also working on swarm concepts, both for UAVs a UGVs, air and land swarms cooperating together, which will imply a considerable use of artificial intelligence assets.

Coming to hardware, Havelsan already developed three unmanned systems, two air and one land, which have been already tested individually, some systems being in the hand of “governmental entities” for trials; they are considered at TRL 7+ status and are ready to be produced in series as soon as a contract will come.

Starting from the bigger UAV, the Havelsan B30 is defined as a “sub-cloud” air vehicle that carries a payload up to 5 kg, with fully autonomous flight and mission control capability. The B30 has a peculiar architecture, as it features a central fuselage hosting the main gasoline engine with a rear pushing propeller, and an upper wing with a 3.7 meters wingspan fitted with winglets; under each wing a boom is fitted, each one carrying two rotors driven by electric motors, one in front and one at the rear of the wing, to allow vertical take-off and landing, the rear end of the booms being linked by an inverted-V stabiliser. The gasoline engine ensures 6 hours endurance (as option an electric motor can be fitted, endurance being reduced to 2 hours). The B30 can fly at 15,000 feet altitude and has an operational range of 80 km. It can be disassembled for ease of transport, and be readied in 30 minutes by only two operators. Should the link be lost, it is fitted with a return to home system allowing it to autonomously land vertically at the take-off spot. The B30 main role is to provide day/night intelligence, surveillance and reconnaissance.

Also the smaller UAV platform is a quadcopter VTOL; the Havelsan M6 architecture sees a central unit hosting sensors and batteries, with a transversal boom carrying two horizontal booms that at their extremities carry four rotors powered by electric motors. The M6 can carry up to 1.5 kg payload, has an endurance of over one hour, and is designed to provide day/night instant reconnaissance and surveillance mission, as it can be easily carried by a single operator in a backpack and be ready for mission in a few seconds. According to Havelsan it is also capable to move in swarms.

The ground element is the Barkan, a tracked platform powered by an electric motor with an 8 hours operating time, which can optionally be fitted with a hybrid power unit to increase endurance. It can reach a speed of over 12 km/h and is fitted with an autonomy package that allows autonomous patrol, leader tracking, obstacle avoidance, route planning and return to home.

No payload data were provided in terms of weight, but the Barkan can be fitted with a 7.62 mm machine gun, CBRN sensors, 3D mapping sensors, electro-optical reconnaissance sensors, and can also be used in the mule role to resupply troops or to carry our rescue missions. At IDEF 2021 the Barkan was exhibited fitted with a trainable launch pod for 10 Roketsan LGMMS (Laser Guided Mini Missile System) capable to reach targets at over 1 km with utmost accuracy.

Havelsan is proposing its Digital Troops concept, which is being developed entirely with company funds, first of all to the Turkish military, where no such programme exists for the time being, but it also looks to the export market.

IDEX 2017 was related to armoured vehicles 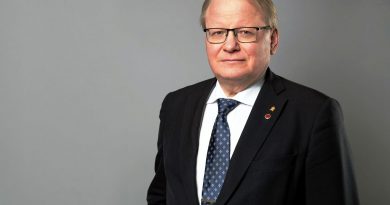 Sweden to increase its defence spending 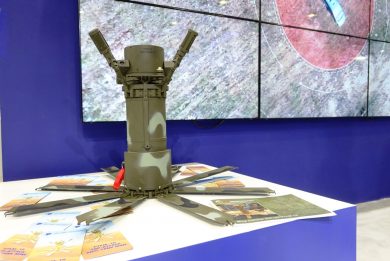