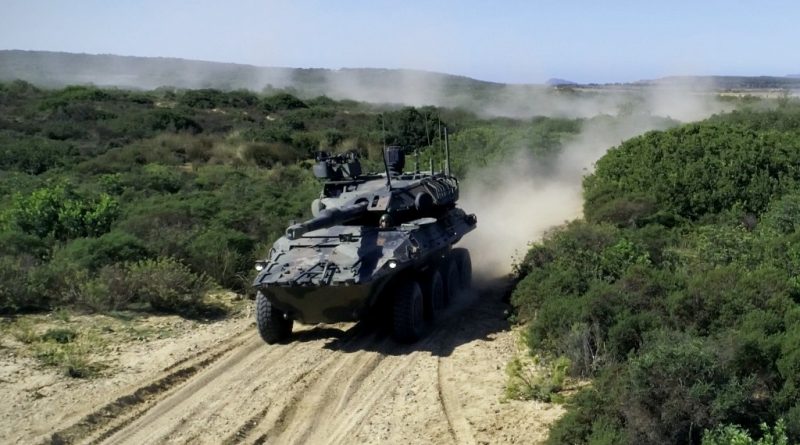 In late May the Italian General Secretariat of Defence issued a contract authorization aimed at acquiring 40 8×8 Centauro II armoured cars armed with the 120 mm gun, in the 3.0 integrated configuration. A first contract with the Consorzio Iveco Oto Melara (CIO) for 10 such vehicles was signed in July 2018, these being in the 2.0 configuration.

The prototype has been evolved along the last years being first brought to the 2.0 configuration; this involved a more powerful electric system, the addition of a manual back-up system for ammunition handling, the adoption of Leonardo’s 4-channel SDR radio that replaces a series of legacy radios, the adoption of a new omnidirectional HF antenna on the top of the turret that replaces the four conformal antennas of the RCIED located around the turret, the crew hatch rotation increased to 180°, a new episcopes suite providing a better view for the driver, the relocation of the HITROLE Light turret in order to allow a wider angle of view to the Attila D panoramic commander’s sight, and the adoption of Rheinmetall’s Rosy smoke screening system. The Italian Army decided to drop the self-recovery winch, which sounds strange enough as the service never adopted a recovery vehicle version neither for the older Centauro nor for the more recent Freccia 8×8.

The 40 vehicles batch is already financed, the industry hoping the contract might be signed within summer. It will include also four sets of maintenance equipment for the chassis and turrets, a workshop tent, two recovery tents, and a series of further support services. It also includes the extension from 3 to 10 years of the logistic support for the first batch of Centauro II, as well as the 10 years maintenance for the new vehicles. The main difference of 3.0 vehicles is the integration into the gun breach and into the fire control system of the provisions for allowing the use of Rheinmetall’s programmable 120 mm HE DM 11 round.

The vehicle prototype is currently being upgraded by the CIO to the 3.0 configuration; the modification required have already been designed and tested however they have not yet been integrated on the vehicle, thus Spetember 2020 will be dedicated to finalising the qualification before starting the production of the new batch; The first vehicles might be produced without the 3.0 upgrade but will then be retrofitted.

This will probably not be true for the 10 Centauro II of the first batch, the CIO aiming at delivering the first two within year end, the other eight following in 2021.

The contract authorisation also includes an optional package for 56 more Centauro II together with a further package of support equipment. This will be eventually signed later in 2020, should funding be available.

The Italian Army aims at acquiring 150 Centauro II that will be deployed within eight Cavalry regiments and one Tank regiment, each receiving 13 vehicles to equip one squadron/company. Their mission is to provide reconnaissance and screening capability to manoeuvre brigades, the Centauro II replacing the older Centauro, which design goes back to the early 1980s. However the Centauro was born as a mobile gun system to replace M47 MBTs deployed by Italian Army brigades operating in central and southern Italy, against possible Soviet amphibious landings or air assaults. Entering in service in 1992, they were assigned to cavalry regiments, replacing the Leopard 1A2 MBTs which were then deployed by such units. How much the Centauro II is a reconnaissance vehicle remains questionable, other European armies having selected a 40 mm weapon for their new recce vehicles and certainly not a 120 mm smoothbore gun.

The perfect role for the Centauro II would be the fire support within the two Medium Brigades being formed by the Italian Army, the “Pinerolo” in southern continental Italy, and the “Aosta” in Sicily, which infantry units are equipped with the Freccia 8×8 IFV, which has an identical mobility compared to the 8×8 MGS. Not surprisingly in its international brochures the manufacturing consortiums uses exactly the three-letter acronym to define its product. How much the Italian Army will possibly reconsider the use of its new 8×8 vehicle remains to be seen, the alternatives being by the way compatible with the numbers forecasted. 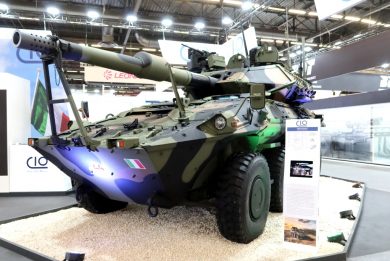 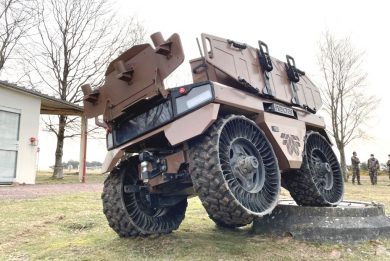 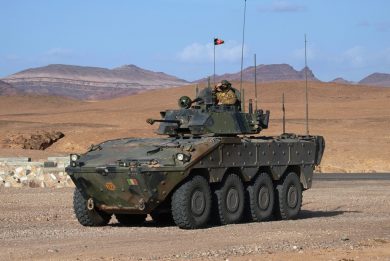