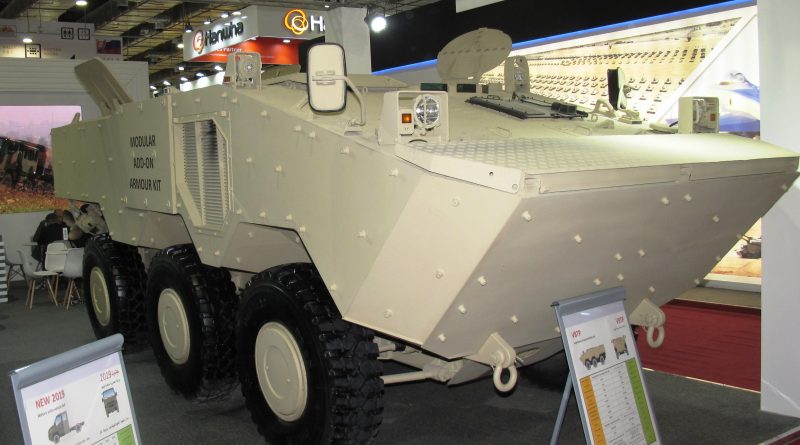 Although usually limited in its participation to exhibitions, Iveco Defence Vehicles is present at the first edition of EDEX. The company has a long history of cooperation with Egypt, and decided to participate to pay respect to the country and to open the door to the Maghreb countries, which delegations are visiting the exhibition, which marked a good start, considering the number and quality of exhibitors.

The Iveco DV view on the Middle East market is that the major countries are trying to becoming as independent as possible in terms of military acquisition, however in the vehicle segment they still have to rely on foreign providers for engines, chassis and components. Iveco DV is thus ready to provide chassis as well as engines, the company being also capable to provide design support. Iveco DV considers a huge advantage being part of CNH Industrial, which possess all vehicles technologies. 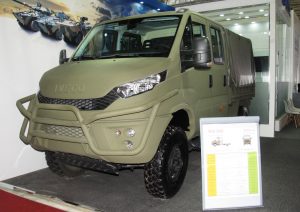 Two vehicles are being exhibited at the Egypt International Exhibition Centre, the Military Utility Vehicle (MUV) and the VBTP 6×6 amphibious armoured vehicle. The MUV is based on a fully militarised chassis derived from that of the Daily and is available in different wheelbases; with a gross vehicle weight up to 7 tons, and a maximum payload of 4 tons, it can be fitted with single and double cabin and can accommodate u to 14 personnel plus the crew of two. A Euro VI engine with a 175 hp output is available, as well as Euro III engines either with a 146 hp or a 175 hp output. Iveco DV is already delivering a Daily 4×2 to the Egyptian Armed Forces, which is used for personnel transport mostly in Cairo; here Iveco provides the chassis, the rest of the manufacturing being carried out locally. 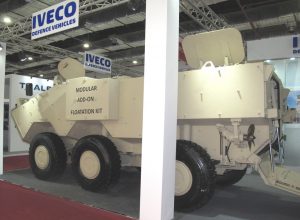 As for the VBTP, the 6×6 designed for the Brazilian Army, this vehicle might respond to some requirements in Egypt and neighbouring countries. This 20 tons vehicle fitted with a 375 hp engine and hydro-pneumatic independent suspensions is currently being produced in Brazil, where Iveco built on purpose a factory. It this constitutes a model for a possible delocalisation of production in case of a consistent acquisition by a foreign customer.

The Bolzano-based company also looks at Africa; for this market it proposes relatively simple vehicles, the MUV being an example, as post-sales service is a key issue. The company sold numerous 40.10WM, the MUV predecessor, in this geographical area, thus marketing its successor is a logical follow-up. Iveco DV has recently bagged some interesting orders in Africa, mostly for Astra trucks, among which one from a new undisclosed customer who ordered over 100 tactical trucks. Another customer in North Africa, with long tradition to Iveco DV, signed a frame contract in 2016 for 1,000 vehicles on Trakker and Eurocargo basis in 6×6 and 4×4 configuration with different bodies. Those orders show well the potential of the company in that continent. 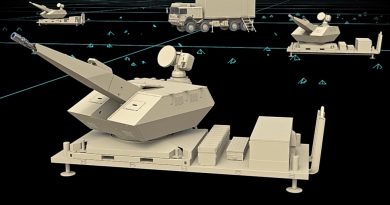 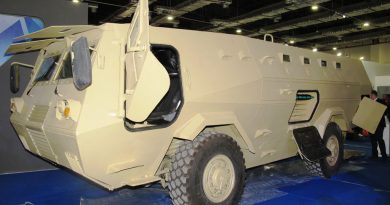