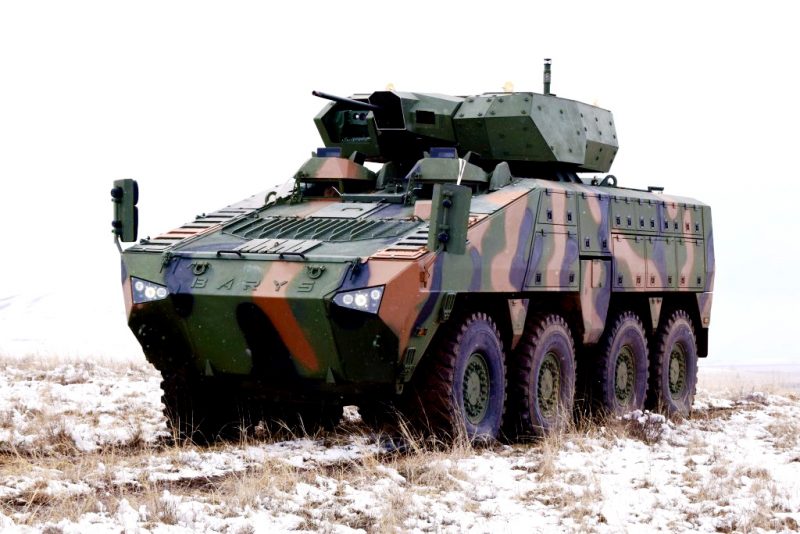 Nur-Sultan, Kazakhstan, 2 November 2021- Kazakhstan Paramount Engineering (KPE), the joint venture between the global aerospace and technology company, Paramount Group and one of Kazakhstan’s leading defence and engineering companies, Kazpetromash, has announced that its flagship and next generation 8×8 Infantry Combat Vehicle (ICV), the Barys 8×8, has successfully completed a four-year series of trials conducted by the Ministry of Defence of Kazakhstan, bringing the vehicle a step closer to its first production order.

The Barys (‘Snow Leopard’ in Kazakh) is the localised version of Paramount Group’s Mbombe 8 (ICV) and was unveiled for the first time at the KADEX Exhibition of 2016.

Over the span of four years, the Barys was tested throughout the mountainous terrains of Southern Kazakhstan, across forested and savannah-like steppe and the salt marshes of Central Kazakhstan. The campaign came to conclusion upon the sands of Mangistau, near the Caspian Sea, covering a total distance of 25,000 km.

In addition to testing the outstanding mobility and versatility of Barys, its firepower was also tested to the ultimate, with more than 5,000 rounds of 30 mm and 7,000 rounds of 7.62 calibre ammunition discharged.

The Barys 8×8 had previously undergone strenuous testing activities in adverse weather conditions across Central Asia, withstanding temperatures between +45º and -60ºC during summer and winter trials.

Proof positive of the 27-year legacy of the Paramount Group-pioneered portable manufacturing model, the Barys 8×8 ICV is manufactured in-country within Kazakhstan, at the 15,000m2 KPE armoured vehicle production facility in Nursultan. The facility is today recognised as one of the largest and most modern armoured vehicle factories in Eurasia, notably the only throughout the region capable of producing such next generation Infantry Combat Vehicles.

Operated by over two-hundred Kazakhstani employees, the facility has for years served as a hub of localised manufacture and a centralised base for the provision of modern equipment to Kazakhstan’s Special Operations Forces and its Ministry of Defense, providing the capacity to produce hundreds of armoured vehicles per year.

John Craig, Executive Chairman of Paramount Land Systems Group, stated, “The Barys 8×8 has undergone uniquely challenging and extensive testing over the course of the past four years. Its successful completion of this campaign is an important milestone in the success story of Kazakhstan Paramount Engineering (KPE). This further demonstrates the advanced potential of Kazakhstan’s defence industry, offering state-of-the-art facilities and high level skills for the development of indigenously manufactured defence technologies to the wider region”.

Barys 8×8 is a multi-purpose armoured vehicle, offering for its crew of up to 11 (including a driver, two crew members and eight infantry troops) advanced technological solutions to address regional threats in often harsh and rugged environments. The vehicle was built-for-purpose to meet the increasing demands in the region for versatility, high mobility and the need for mine-resistant platforms.

While providing a maximum speed of 110 km/hr and an operating range of 800 km, the Barys 8×8 offers a payload of up to 9 tonnes, and hosts unsurpassed STANAG 4569 Level 4B protection against mines, improvised explosive devices (IEDs) and roadside shell-less landmines, as but examples. The anti-mine flat bottom of the Barys 8 further allows its silhouette to be reduced to 2.4 meters, providing additional advantages in combat, as well as protecting against the excessive force of improvised explosive devices.

Craig added, “The Barys 8 is a breakthrough for the region and one that allows us to perpetually integrate next-generation technologies that will ensure the platform remains on the cutting-edge of the defence and security landscape, meeting the demands of regional armed forces. The Barys 8×8 is also a testament to the exceptional capabilities of our partners at Kazakhstan Paramount Engineering.”

Special ‘anti-mine’ seats have been designed and equipped within the Barys 8 to prevent injury to the crew during extreme acceleration, which can take place due to the effects of an explosion near or directly under the vehicle.

The vehicle’s retractable searching and tracking system is equipped with a television camera, thermal imager, laser rangefinder, night vision devices and a weather station. In addition, a missile guidance unit can be installed, capable of addressing low-flying aerial targets.

Craig concluded, “KPE has served as a direct proponent of high-skills job creation and for the establishment of centers of innovation and excellence in Kazakhstan and greater Eurasia; these are benchmarks which we look forward to building upon and expanding in future”. 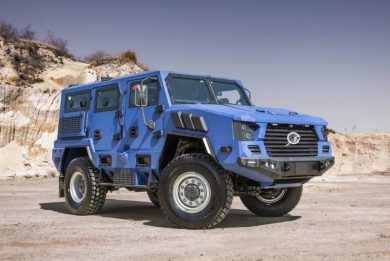 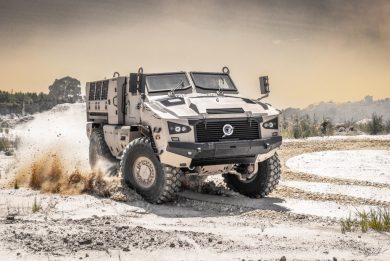 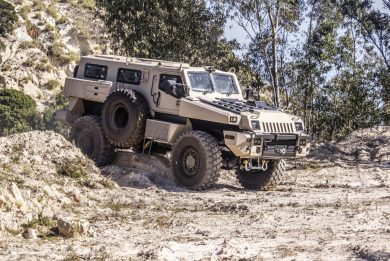