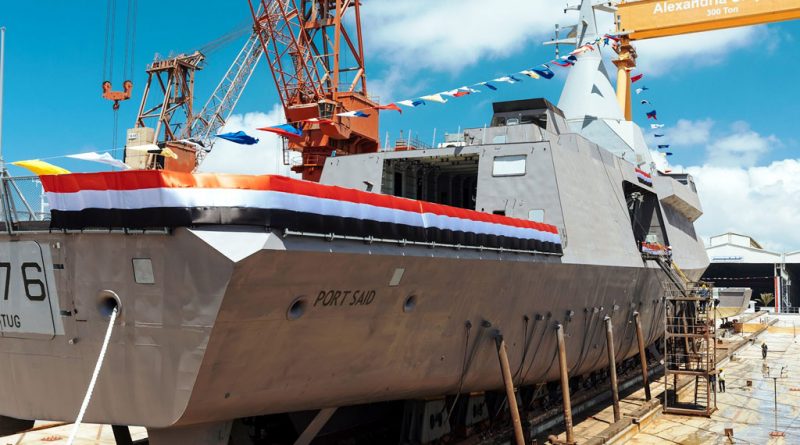 The launching ceremony of the Port-Said Gowind corvette, the first warship built in Egypt, took place on September 6th, 2018 in Alexandria. This launching constitutes a success for Alexandria Shipyard team. It also reflects the effectiveness of Naval Group’s industrial cooperation schemes.

This industrial achievement demonstrates the strength of the strategic partnership between Naval Group and Egypt.

The launching of the Port Said corvette shows the capabilities of the Alexandria shipyard, as it is   the first warship built in Egypt. This launching ceremony celebrates the rise in competences of the Alexandria Shipyard team which is now able to build civilian boats as well as state-of-art military vessels.

Along with the first ever delivered Gowind® corvette, El-fateh, already deployed by Egyptian Navy on many operational theatres, it will contribute to increase the Egyptian Navy Power. The corvette is part of a strategic and long-term partnership with Egypt. It is the fifth ship designed by Naval Group, operated by the Egyptian Navy, after the already delivered FREMM frigate Tahya Misr in 2015, the two Landing Helicopter Docks Nasser and Sadat in 2016 and the first Gowind® corvette, Elfateh, in 2017. 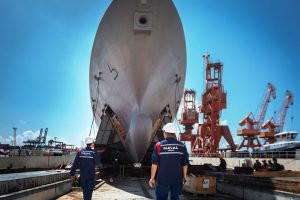 Hervé Guillou, Naval Group’s CEO declared: “Naval Group is very proud to be part of this longterm partnership with the Egyptian authorities and industry. This ceremony is an opportunity to reiterate our strong commitment to execute all the programs and to equip the Egyptian Navy with an homogeneous fleet. In addition, Naval Group is pleased to participate in the maintenance and modernisation of this fleet. Naval Group has a long-term presence in Egypt and will remain involved for many years to come in Alexandria as partner of the Egyptian Navy to secure their operations. ”

Naval Group’s commitment to support customers through transfer of technology at each stage of the construction process is reaffirmed. Port Said, the first ever Egyptian made warship, is a proof that industrial cooperation works. The corvette manufactured in Alexandria has identical features and possesses the same performance level than the sea-proven Elfateh, which was built on Naval Group’s site in Lorient and delivered to the Egyptian navy last autumn.