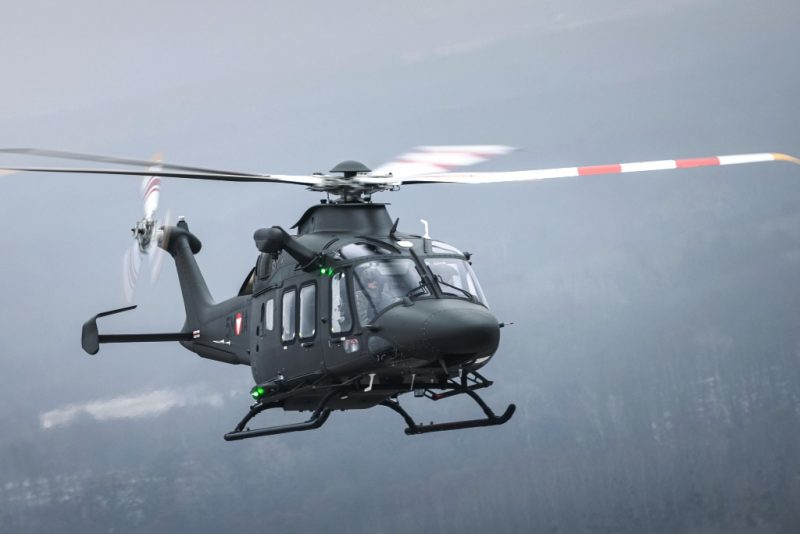 Rome, 21/12/2022 – The Austrian Ministry of Defence’s AW169M LUH helicopter programme set a major milestone today with the delivery of the first aircraft from an initial order of 18 units, based on the Italy-Austria Government-to-Government (G2G) Agreement announced by the relevant Authorities at the end of 2021. The handover of the aircraft, built at Leonardo’s Vergiate facility in Italy, achieved in line with the contractual obligations, was performed during an official ceremony held at the Tulln-Langenlebarn Brumowski Air Base, in the presence of Leonardo’s senior management. Austria and Italy also announced today a G2G Agreement amendment through which Austria is exercising options for an additional 18 helicopters, providing further evidence of its confidence in the selected platform.

The Italy-Austria G2G initiative is aimed at reinforcing the bilateral collaboration between the two countries and establishing a strategic partnership in the rotorcraft sector, with Austria looking at Italy and the AW169M LUH programme for its modernisation plan and the replacement of its ageing Alouette III aircraft fleet, which have been in service since the 1960s.

The first aircraft’s handover marks a significant leap forward for Austria, starting a new era in national defence and emergency response capabilities. Furthermore, it also represents an important milestone for Leonardo, celebrating the first delivery to the export market of the AW169M variant, under a G2G programme. Austrian crews have already been leveraging initial training supplied at Leonardo’s Training Academy in Sesto Calende (Italy) and will be supported by the Italian Army’s training capabilities as an AW169M LUH operator.

The AW169M LUH, with its superior performance and unmatched latest generation capabilities, as well as the complete support and training services to perform true multirole operations, is the most technologically advanced and cost-effective solution to meet the rigorous needs of the operator. The AW169M LUHs will be able to carry out a wide range of missions supporting Austrian defence requirements and the national community, such as troop transport, combat operations, disaster relief and emergency response, fire-fighting, mountain rescue and MEDEVAC.

Alessandro Profumo, Chief Executive Officer of Leonardo, said: “It gives us great pleasure to see the first AW169M LUH here in Austria and we welcome the decision to further expand the fleet. We look forward to providing an even greater contribution with the most technologically advanced and cost-effective solution to meet the stringent requirements set by the collaboration between the two governments. We’re committed to sustaining this important and growing programme.”

Gian Piero Cutillo, Managing Director of Leonardo Helicopters, added: “The development of this programme and the handover of the first aircraft in line with the delivery schedule is the result of an amazing collaboration among all the involved parties. We know the outstanding technology, performance, multirole capabilities and complete services of the type will significantly boost national defence and emergency response, even more with today’s decision to rely on an even larger fleet in the future.” 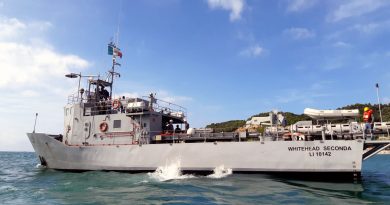