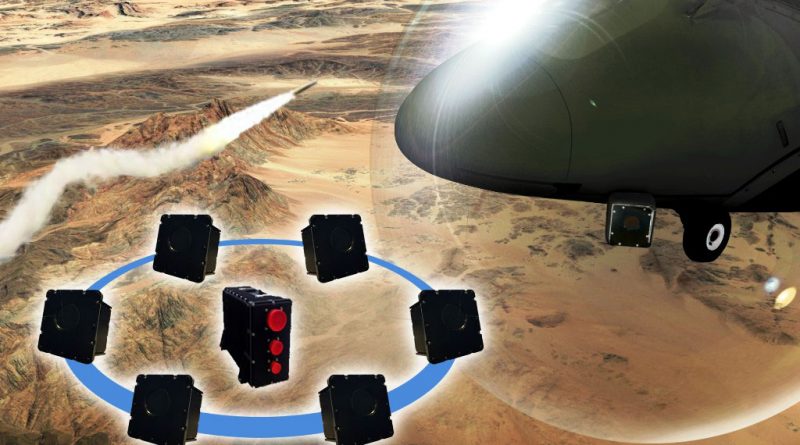 Rome, 14 June 2019 – At the Paris Air Show (17-23 June) Leonardo will, for the first time, exhibit its brand-new Multiple Aperture Infra-Red (MAIR) missile warning system, which offers enhanced situational awareness and survivability for aircraft crews. MAIR uses multiple distributed cameras for complete spherical coverage around an aircraft, providing a high probability of detection and early warning of incoming missiles with a very low false alarm rate, even in heavily cluttered airspace. The design of MAIR draws on Leonardo’s years of experience in providing infrared search and track (IRST) technology for fighter aircraft such as the Gripen E (which carries Leonardo’s Skyward-G IRST) and the Eurofighter Typhoon (which is equipped with the operationally-proven PIRATE IRST). As well as missile warning, MAIR provides Hostile Fire Indication (HFI), spherical day and night imaging and full IRST functionality.

The primary role of MAIR is to detect and warn of incoming missiles. As part of a defensive aids suite, MAIR can significantly improve the survivability of crews by detecting, tracking, classifying and declaring that an incoming missile is a threat and then rapidly cueing a countermeasure system (such as Leonardo’s Miysis Directed InfraRed CounterMeasure (DIRCM)) to track and defeat the threat. MAIR’s highly-sensitive IR technology detects threats at a very early stage, providing a longer timeframe in which to defeat them.

MAIR comprises a number of high-resolution infra-red (IR) cameras installed around the aircraft, which gather footage, and a processor which employs Leonardo’s proprietary processing algorithms to turn the raw IR pictures into useful detection and tracking data, while ignoring background clutter. This ability to discriminate clearly between threats and irrelevant noise is a unique strength of Leonardo, which has refined its IRST algorithms over years of operational service. The Company’s Skyward-G IRST was first successfully tested in 2013 and Leonardo has, over a number of years, continuously improved the target identification and tracking performance.

MAIR is lightweight and can be installed on a wide range of fixed and rotary-wing platforms such as combat aircraft, and helicopters, surveillance and transport platforms and business jets. The system was successfully tested during 2018’s Surface to Air Launch Trials (Salt III) and is expected to be ready for full production in 2020. 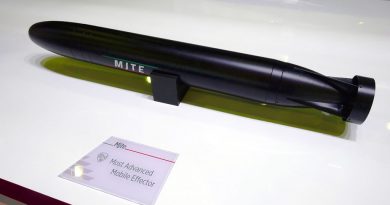 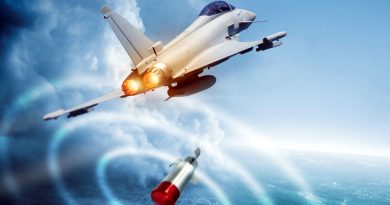