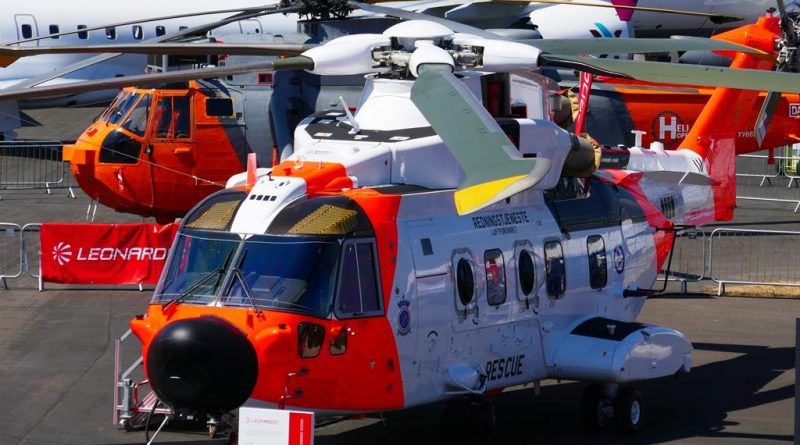 With a short preview tour around the static display area, Leonardo unveiled the latest capabilities in the aerial platforms and systems domain at Farnborough air show 2018.  Starting from the AW101 for the Norwegian all-weather SAR helicopter procurement and in-service life support program, of which four platforms are already in the country and two more will be delivered within year-end. 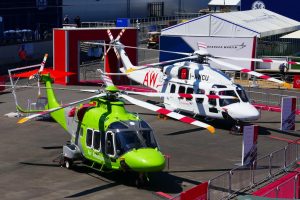 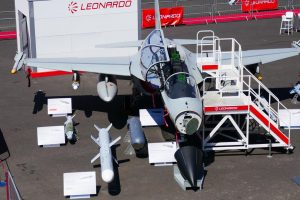 The 15t heaviest helicopter is sided by the widely sold AW169 and 189 multirole families, which helicopters are displayed in the air ambulance or emergency medical service configuration. Leonardo is also presenting the AW159 Wildcat naval helicopter with a range of new weapon systems including Thales LMM (Lightweight Multirole Missile) Martlet laser-guided small missiles, MBDA Sea Venom imaging IR-guided ASM and Rafael Spike NLOS air-to-surface missiles, in addition to lightweight torpedoes. The helicopter division was also displaying the upgraded Lynx for the Brazilian Navy, of which the first helicopters will be redelivered within 2018-end. 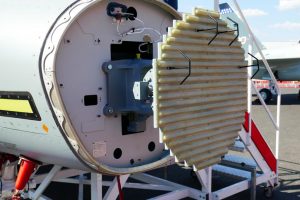 The division has also received a similar upgrade contract from Portuguese Navy. In the fixed-wing lightweight combat domain, for the first time the Leonardo aircraft division is displaying the M-346 FA (Fighter/Attack) equipped with the same-group developed Grifo-346 mechanical scan radar. The aircraft division of Leonardo is working to make available a baseline combat mission suite for the M-346 FA in 2020. Featuring a full range of advanced air-to-ground and air-to-air operating modes including SAR and ISAR together with integrated head-up display (HUD), helmet-mounted (HMD) and multifunction display (MFD) air-to-air modes, the Grifo-346 will be sided on the same timeframe on an active electronically scanned array version called Grifo-E. 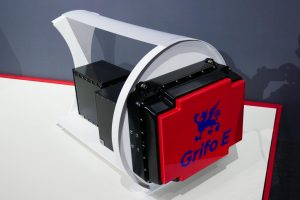 Developed by UK and Italian-based group industrial sites and based on the well-known X-band coherent pulse-Doppler Grifo-346 multirole, multimode fire-control radar M-scan version with over 450 units sold and more than 100,000 operational flight hours, the E-scan model can interval air-to-air and air-to-ground operating modes, providing the capability to track simultaneously 24 aerial targets. Just before the airshow, Leonardo was awarded by the Italian Custom Service Police (GdF, Guardia di Finanza) a contract for the supply of an ATR-72 MP in a customized version with a training and logistic package and options for an undisclosed number of additional aircraft. 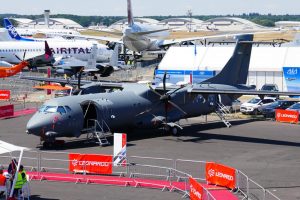 The deal could potentially reach an overall €250 million value with the first platform to be delivered in 2019. This follows the Italian MoD platform and support contract for a 4-platforms fleet in a military maritime surveillance and reconnaissance version and Turkish MoD’s ASuW/ASW aircraft fleet. The Italian group is also completing the development of the AWHero vertical take-off and landing unmanned air system which is going to play a key role in the Leonardo-lead Ocean 2020’s European Defence Fund initiative’s boosting technological research in the naval domain. 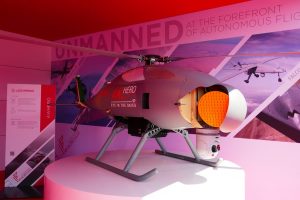 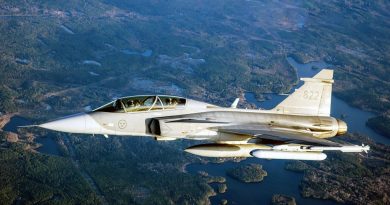 28/03/2020 Olga Ruzhelnyk Comments Off on Training and Support 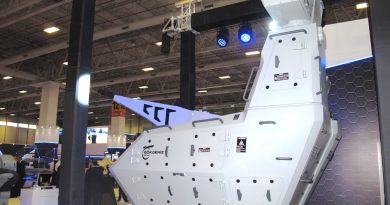