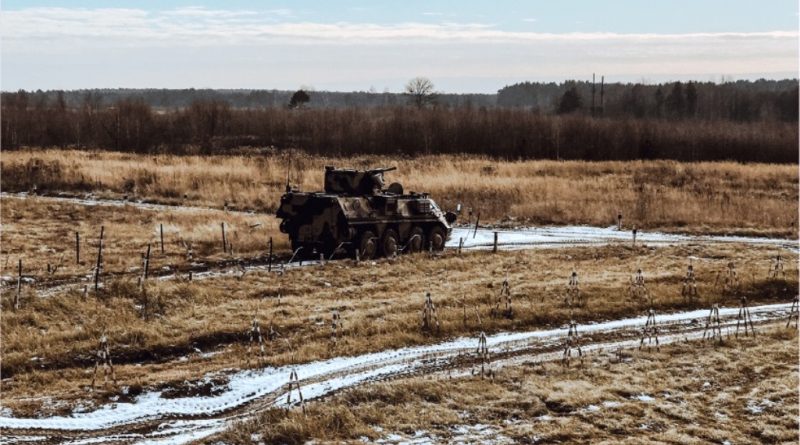 Kyiv, Ukraine, December 6, 2019 – On December 4, the trials of the Land Platform Modernization Kit (LPMK) integrated with the BTR-4E IFV took place at the proving ground of the Ukrainian Armed Forces, situated in the Lviv region.

According to the demonstration scenario, the driver was manning the BTR-4E IFV with the hatches closed, navigating purely with the help of Limpid Armor’s enhanced situational awareness system – LPMK. In 2020 additional trials will take place with five LPMK kits that will be transferred to the Armed Forces of Ukraine to test the system on multiple vehicles simultaneously.

“It was a huge success for us to get to this stage of trials. It is, indeed, an important step that highlights an increased interest to our technology from the Armed Forces of Ukraine. We expect the initial feedback after these trials and we will be transferring a few more units for further testing on BTR-4E IFVs.” – said Mykhailo Grechukhin, Limpid Armor’s CEO.

The Land Platform Modernization Kit is an enhanced situation awareness system that consists of several cameras, sensors, a server and a military-grade helmet with Microsoft Hololens integrated into it. The cameras installed on the perimeter of an armored vehicle provide the video feed that is “stitched” on the go into a “see-through armor” 360° panoramic view with different important information being overlaid on the glasses, such as position on a map, speed, other telemetry data as well as friend or foe identification.

The December 4 trials were only the first stage in the full transformation of the battle experience that Limpid Armor intends to bring to its customers. As of today, our system works as a tool that significantly enhances the manning of the vehicle by its crew, with two more stages of further development to follow.

As the company cherishes the human life, the idea behind the LPMK is to improve the efficiency and survivability of the armored units, therefore augmenting the chances for successful mission accomplishment and safe return of the crew back home unharmed. However, the ambitions of our company are higher than that and the development of the solution is being directed in the way to achieve fully robotized armoured vehicles in foreseeable future that would be adapted to the challenges and requirements of the information era and modern warfare. Limpid Armor is a high-tech company that specializes in Artificial intelligence, Computer Vision, Augmented Reality and Robotics. Limpid Armor is the sole Ukrainian company that participates in the NATO Science and Technology Organization AVT-290 Standardization of Augmented Reality for Land Platforms in Combat Environments Working Group.