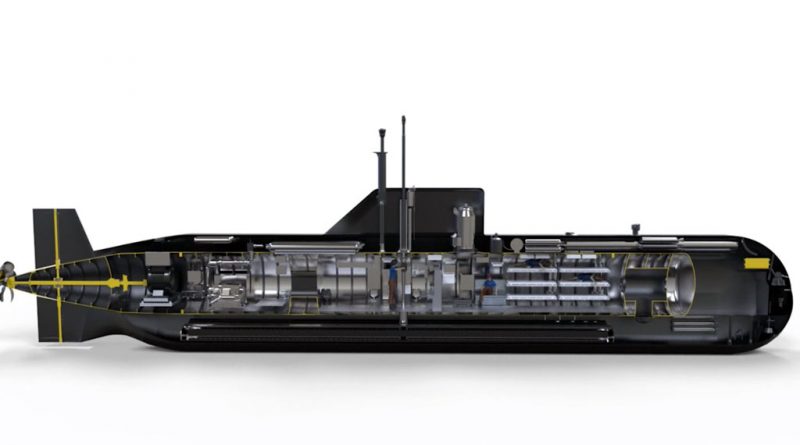 Following 15 years of investments in technology Drass, an Italian SMI based in Livorno, started working on the hull of its new DG160 midget submarine. While the company HQ, administrative offices and research and development offices are based in the Tuscany city, construction and welding activities are realized in Timisoara, Romania, due the high capabilities and works quality.

The company is also active in the Swimmer Delivery Vehicle (SDV) field, in hyperbaric chambers both for operational and medical purposes and in the submarines’ rescue systems. In the latter field Drass is proposing unmanned solutions in order to improve the speed of action as well as the number of personnel transported in each trip.

In the past the company sold its midget submarines to different nations. New technologies allow improving performances of the on board’s systems, maintaining the reduced dimensions, something that is highly appreciated when operating in coastal or shallow waters such as in the Gulf region, where depth goes rarely beyond 70 meters.

Not only, the crew of those submarines is highly reduced compared to conventional ones: the DG160 has a complement of only nine compared to the 40 people usually manning a standard diesel-electric submarine, something making affordable a sub fleet also to smaller navies where manpower is an issue.

The acquisition cost is also lower, with a 1:6 ratio being suggested by Drass. Submarines like the DG160 can be used for different missions, special forces infiltration – the DG160 can carry six of them – mine release, intelligence, as well as, of course, deterrence.

The DG160 can be armed with up to four 533 mm wire guided heavy torpedoes, the boat sailing with them already loaded in the launch tubes in order to spare space; these are located two in the bow while the two optional are in the flank. When a Special Forces Team is on board the usual load is of only two heavy torpedoes, one SDV being fitted on deck, while for mining operations the DG160 can carry up to six mines; to this end Drass developed a solution for maintaining a neutral asset when releasing the mines.

Drass considers that in nowadays warfare scenarios, a submarine might not always need to destroy its targets, therefore it is studying the installation of a launch tube for 324 mm light torpedoes that might be used to incapacitate rather than sinking the target ship.

It is 35.15 meters long, 6.45 meters high and 4.12 meters wide, the hull diameter being 2.50 meters; the Drass DG160 has a dry displacement of 141 tonnes and a ready to dive displacement of 169 tonnes. The propulsion system is made of four battery banks, two diesel generators, one electric motor and one snorkel system.

It can reach a maximum submerged speed of 10 knots, while the cruising speed (snorting and submerged) is 5 knots, with an endurance of 2.000 nautical miles, the range on batteries only propulsion being of 160 NM. The maximum operational depth is 150 meters.

The declared indiscretion rate, the ratio between the time of greater vulnerability and the total operating time, is of 17% at cruising speed. The DG160 leverages the 160 tonnes displacement previous submarine made by Drass, the first of class is being built at Timisoara, after the expressions of interest received from different customers.

A 1:1 mock-up is available in Livorno for measurements and subsystems integration tests. The new DG160 follows current NATO standards and is thus fitted with two hatches and an improved lock-out system for Special Forces release.

No dates were provided for the launch and the potential delivery of the DG160 first of class, while it is unclear when the DG450, a 40 meters long boat with a 3 meters hull diameter carrying a crew of nine plus 12 Special Forces operators, will eventually step from computer drawings to reality, the company probably waiting for a launch customer. 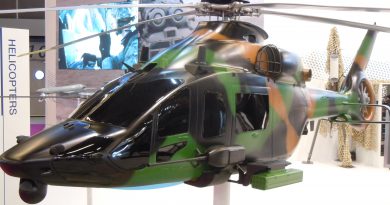 Airbus H160M, the one replacement for seven types

15/06/2018 Olga Ruzhelnyk Comments Off on Airbus H160M, the one replacement for seven types