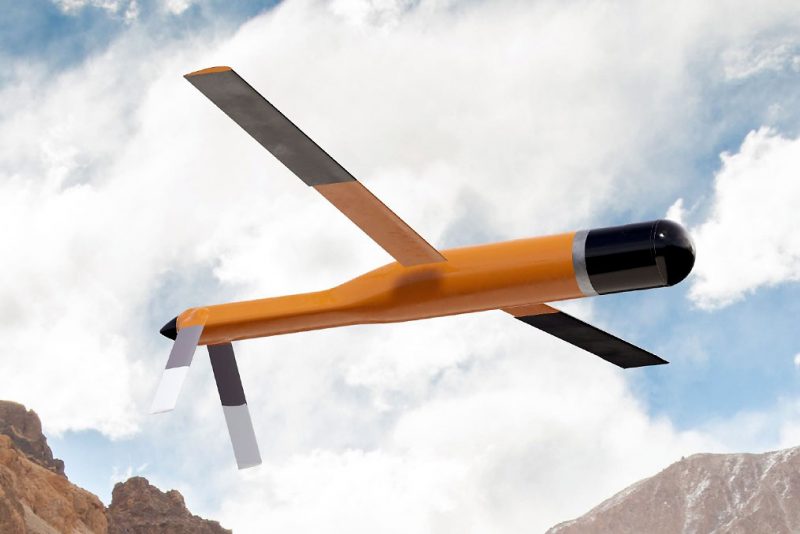 On January 7, 2021 the US Department of Defense issued the Counter-Small Unmanned Aircraft Systems (C-sUAS) Strategy document. The three main bullets are: ready the force, defend the force and build the team. The former aims at developing innovative solutions using a risk-based approach to guide investment in C-sUAS capabilities. According to the 38 pages document this level of effort  will guide the rapid development of a suite of solutions that addresses emerging requirements. The C-sUAS strategy also emphasizes the provision of mission-ready forces that are able to deter and defeat sUAS threats, through the development of operational concepts and doctrine, establishment of joint training standards and refinement of existing training content. The third objective is to ensure partnership with the national security innovation base, federal and non-federal entities, allies, and partners to facilitate rapid development and deployment of effective C-sUAS solutions

“Part of that evaluation may require us to improve current capabilities and add layered defences with new capabilities while maximizing interoperability,” the document states, the word “layered” being repeated many times along the strategy document. One of those layers is being proposed by Lockheed Martin in the form of the MoRFIUS, which stands for Mobile Radio Frequency-Integrated UAS Suppressor. Developed by Lockheed Martin Missiles and Fire Control, the MoRFIUS has been integrated on the Area-I Altius-600 UAS, a fixed wing unmanned system that can be launched from a tube and has been designed to support multi-domain operations. The air vehicle is 1.02 meters long, has a 2.54 meters wingspan, the fixed-cord wings being folded on top of the rear fuselage deploying forward after launch, the same being true for the rear empennage surfaces, folded alongside the fuselage tilted forward, which once the airframe leaves the tube rotate backward forming an inverted V-shape tail surface.

The payload bay diameter is 152 mm (6 ”), which corresponds to the fuselage maximum dimension, and is 178 mm (7 ”) long, maximum payload weight being up to 3.18 kg (7 lb). In its original form the Altius-600 has an endurance in excess of 4 hours, and a range of up to 440 km. Powered by an electric motor fitted with a two-blade pushing propeller, the UAS developed by the Georgia-based company can reach a dash speed of 90 knots, cruise speed being 60 knots. The UAV is ejected from the tube using the Pneumatically Integrated Launch System, and beside ground-based use the Altius-600 has been successfully integrated and launched from a number of air platforms such as C-130A, AC-130J, UH-60, and P-3, hence its definition of ALE (Air Launched Effects), carrying different types of payloads.

The MoRFIUS solution is the product of the Altius-600 fitted with a miniaturised High Power Microwave (HPM) payload, and has been the subject of a briefing at AUSA Global Force Next, the virtual meeting organised by the Association of the United States Army on March 16 to 18, the two speakers being Becca Schwartz, Lead Strategy and Business Development Counter-Unmanned Aerial Systems, and Brian Dunn, Director Strategy and Business Development Integrated Air and Missile Defense.

With the increasing threat coming from the air in the form of small unmanned air vehicles that can either acquires intelligence and targeting data, or be themselves a direct threat as purposely designed or “home-made” loitering munitions, and the advancing technologies allowing to use them in numbers at the same time, up to the swarm concept, Lockheed Martin looked at developing a C-sUAS system capable to deal with the current as well as the foreseeable threat.

“We at Lockheed Martin wanted to come up with something that could be enduring, so we developed the concept of a compact airborne HPM system,” Mrs. Schwartz explains. HPM technology allows to neutralise an electronic system generating currents with a voltage which is some orders of magnitude higher than those usually applied to those circuits, damaging or even melting them, thus obtaining a hard kill. The value of HPM technology is that it can be applied against UAS systems at different levels of technology, so against peers as well as non conventional adversaries.

The MoRFIUS is fitted with a seeker that allows it to operate in semi-autonomous or autonomous mode, depending on customers choice, Lockheed Martin not elaborating further on the type of seeker used and on how much Artificial Intelligence and Self Learning elements have eventually been used to search and classify targets, all functions that that must be available on-board to allow autonomous operations.

The company has been involved for years in the HPM technology, and has developed a series of land-based HPM systems dedicated to C-UAS use. The issue is the power versus range requirement, as to obtain the desired effect it is necessary to concentrate on the target a considerable amount of energy, while installing such a system on board an air platform allows to close the distance with the threat, and moreover to engage before it comes within its operational distance. “The operational commander needs the ability to defeat aerial threats before they can impact the assets he is defending, he has to engage targets before they get to the release line, if it’s a kinetic effect or an electronic attack, or to defeat it before it can employ its ISR capabilities,” Brian Dunn elaborates, adding “that’s why we are building this scaled-down version of an HPM system on an aerial platform that can get out and defeat the threats before they get to a position where they can impact the assets we are defending.” He stresses that the MoRFIUS is designed to be integrated into a layered defence, air defence always being a matter of subsequent layers in order to ensure maximum effectiveness and eliminate single points of failure, as no system is capable to ensure 100% success, especially against saturation attacks such as those carried out by swarms. The Lockheed Martin C-sUAS airborne solution aims at “getting out to the swarm before it goes into its final dispersal, which gives us the opportunity to potentially make multiple passes on that swarm and to do as much attrition as possible before its gets to our last line of defence, when other systems would take over,” Dunn adds.

The UAS payload bay hosts the Lockheed Martin effector, which includes the seeker and the HPM system, a directional antenna being probably used to concentrate microwaves on the target at the optimal distance, reducing to a minimum the power and time needed to neutralise the target, thus ensuring a maximum number of engagements. No details were provided about the number of potential engagements, which should depend on the type of target to be neutralised and the distance at which the HPM source is activated. Energy delivered on the target, which is what generates the disruptive effect, is the integral of the power curve along time, hence the higher the peak power the shorter the time-on-target needed, the simpler the engagement equation. According to Rebecca Schwartz the Lockheed Martin airborne HPM device “generates over one million times more power than a microwave oven,” the latter average power being around 1 kW, the high peak power reducing to a minimum the time needed to deliver sufficient energy to the target.

Energy is always the main headache for designers when dealing with direct energy weapons. No information where provided whether a trade-off was made between the airframe endurance and the number of engagements or not. The MoRFIUS is a re-useable system, as it comes back to base to be refitted for the next mission. No details were provided on the recovery system and the turn-around time, which might indicate that the final configuration is not yet frozen and that Lockheed Martin is still finalising the last details with the US potential customer, the company working closely with the Army Rapid Capabilities and Critical Technologies Office. What has certainly to be done before re-using the system is to swap batteries with an other pack, while potentially frangible items, such as i.e. the propeller, might also need replacement.

Being a re-usable system, the MoRFIUS needs to keep sufficient power for reaching the launch grid or another established location. How much a trade-off between the range and endurance of the original airframe, which might well be in excess considering the use envisioned in the C-sUAS mission, and the available power for the HPM system, was not mentioned. Exploiting part of the available power used for propulsion to add it to the one which is probably part of the payload would make sense. Lockheed Martin does not discuss performance or subcomponents details, but confirms that the current MORFIUS technology has been successfully demonstrated in single and multiple takedowns in laboratory and flight tests.

Although apparently still a developmental item, Lockheed Martin does not reveal its TRL, the company confirms that the MoRFIUS carried out over 15 test events since 2018, more being planned in the near future to demonstrate end-to-end capability. “Since then we overcame a lot of technical hurdles refining and optimised capabilities, and we are continuing to evaluate configurations,”  Becca Schwartz says, adding “we look forward providing it in the field to our warfighters, that will then be able to provide us some feedback.”

The absence of a sensor constraint, the system having autonomous capabilities, the re-usability, the inherent wide spectrum of capabilities of HPM systems, should allow the MoRFIUS to be capable to be subject to a smooth spiralling process permitting to adapt it to the evolving TTPs and technical assets used by opponents. Asked about a possible swarm against swarm capability Lockheed Martin refused to comment, however EDR On-Line understood that this might already be one of the evolving capabilities foreseen for the near- mid-term future. No details were provided about mission planning devices; asked about the Command and Control (C2) issue Lockheed Martin answered that “MoRFIUS has an open interface and has been demonstrated to work with a variety of planning/C2 systems, including Area-I’s native ReMAP system.” Among its various capacities the latter features a Multi-Vehicle Mission Coordination mode, which might be good starting point for a swarm mode employment.