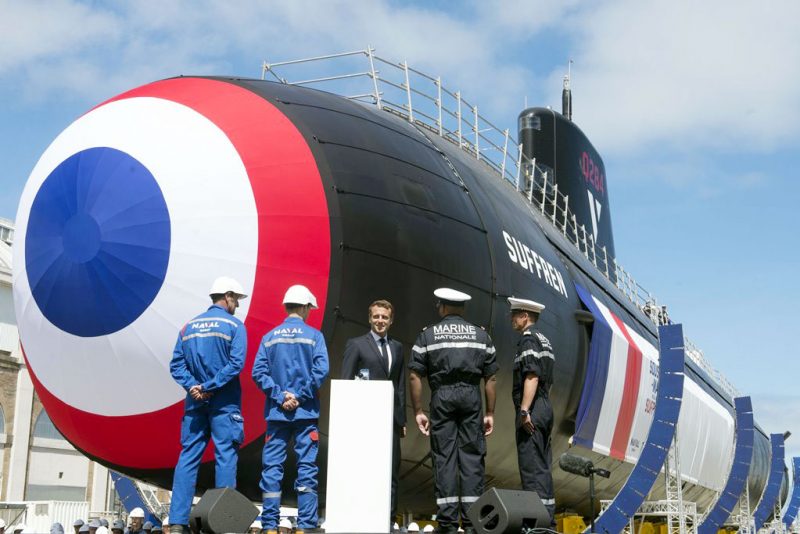 Despite a very difficult year 2020 due to the pandemic Naval Group of France demonstrated its resilience, especially during the first half, Pierre Eric Pommellet, the CEO and Chairman of Naval Group since March 2020, talking to journalists during a videoconference, underlined that thanks to the great efforts put together by the shipbuilder team, the second half results were in line with the expected objectives. The French shipbuilding group registered a €3.3 billion turnover, a 13% reduction compared to an extremely positive 2019, and will mark a profitability (EBIT) of 2.6%.

Last year marked a further optimization of the company organization, with the establishment of the operations and performances office under David Quancard, who will also be responsible for the group’s transformation programme called Naval 2025. Notwithstanding the pandemic, “the group was able to achieve important programmes milestones in 2020”, said Naval Group CEO. The company was able to deliver the first-of-class Suffren submarine and conducted the first sea trials of the Alsace (FREMM) frigate which will be delivered this year. On the international arena, the second OPV for the Argentinean Navy was launched, while the first Scorpene submarine for the Brazilian Navy began sea trials together with the launch of the fourth and last Gowind corvette to the Egyptian Navy, in both later cases carried out jointly with local companies. 2020 was however hit by the shocking Perle nuclear submarine accident, which required a review of the shipyard working procedures.

The first quarter of 2021 registered a bright beginning of activities and the success of the actions taken in the previous years, a remarkable start as anticipated by Naval Group CEO towards a forecasted year results with a profitability of over 7.5% of the turnover. In February, The French Minister announced the launch of the programme for the third generation of SSBN (SNLE 3G) for the French Navy, with Naval Group as prime contractor, system architect and integrator, together with TechnicAtome as prime for the nuclear boiler room. Later during the same month, the Commonwealth of Australia and Naval Group announced that at least 60% of the contract value for the 12 new Attack class submarines will be spent in Australia, and included their joint commitment in the programme’s Strategic Partnering Agreement. A contractual obligation which will see Naval Group footprint in Australia to expand significantly.

On 29 March, the French Minister of the Armed Forces inaugurated the design platform for the new generation aircraft carrier (PA NG) programme at the Lorient shipyard. It brings together teams from Naval Group, Chantiers de l’Atlantique and TechnicAtome, and announced the notification of the Avant-Project Sommaire (preliminary design) contract. The Minister also attended the signing by the Naval Group CEO and the Chantiers de l’Atlantique General Manager of the agreement creating a joint venture that will ensure the project management of the aircraft carrier (excluding the boiler rooms). “The new joint-venture of which 65% is owned by Naval Group and the rest by Chantiers de l’Atlantique is aimed at maximizing synergies and capitalizing on the strengths of each partner. Naval Group will be the overall architecture of the PA-NG and on-board systems, such as the combat, navigation and aviation systems, catapults and arresters, in addition to nuclear boiler subassemblies and integration, while Chantiers de l’Atlantique will be responsible for the construction and the integration site of the ship and will provide the architecture of the powered platform. They will interface their work with TechnicAtome”, he explained. The new joint-venture will make it possible to apply, thanks to the relations with TechnicAtome, the processes developed for the SNLE 3G programme and benefit from the feedback from this major programme. “The company will be headquartered initially in Lorient and then when construction will begin, it will move to Saint Nazaire”, he added.

The other major event celebrated on 29 March on Lorient site was the notification by the French Defense Procurement Agency (DGA) of the contract for two FDI (Frégates de Défense et d’Intervention) and the announcement of the acceleration by the Minister of the Armed Forces of the delivery of the two frigates. “Honored by the confidence of the Ministry of the Armed Forces, the contract is a strong message for local jobs and the preservation of our very unique skills, but also to international navies that could be interested in this frigate. We will mobilize all our industrial and technological excellence to meet the new deadlines,” said the Naval Group CEO. The two frigates – the second and third in a series of five – will both be delivered in 2025, whereas the original plan was to deliver them every 18 months. The first-of-class FDI, for which the construction work began in 2020, is scheduled for delivery in 2024, slightly postponed due to the pandemic. Moreover, the Naval Group CEO pointed out that the evolution and enhanced production activities at Lorient could support future programmes for the French Navy, in particular second rank warships, “should this be a European, French-Italian or national programme.”

The Naval Group CEO remarked how “the modernization and digitalization of the Lorient shipyard will accelerate the production timeline in favor not only of the French Navy but also the foreign customers which have shown interest in the new digital-by-design platform”. On parallel, Naval Group is paying particular attention to the personnel training, which is a must to obtain the mentioned results. In addition to the economical savings programme, which have generated in 2020 expenses reduction for €124 million, Naval Group is continuing to invest for an overall three-digit budget all over its facilities, starting with information systems not only for digital and 3D design, but also for support into service and maintenance activities.

Naval Group is focusing on the defence core business, selling the Naval Energies, the latter requiring important investments to be competitive, which the Group needs for new defence programmes. Currently Naval Group split between domestic and international sales is 70-30% , the latter expecting to increase in 2021 and in the future, Australia, playing a key role in the incoming years, thanks to the Attack-class submarine programme. This programme is expectec to increase not only the Group footprint in Australia but also that of other French companies which are establishing local subsidiaries.

Looking at industrial partnerships to compete on the domestic and international markets, the Naval Group CEO pointed out the aforementioned cooperation with Chantiers de l’Atlantique, as well as the Kership joint-venture with Piriou on patrol vessels and specialized platforms such as the Belgium-Dutch programme for the MCMVs with autonomous vehicles, and the internationally established Naviris joint-venture with Fincantieri. Based on a French-Italian Government partnership, Naviris started to operate and gained important research and development contracts together with the feasibility study for the midlife upgrade of the Horizon class frigates/destroyers. With Naviris, Naval Group and Fincantieri are working together on important R&D for the future of military naval platform which could find applications on future shipbuilding programmes such as the European Patrol Corvette, which is being carried out by Italy, France and Spain and which could see a wider participation at European level, catalyzing and expanding the cooperation in the EU and outside. 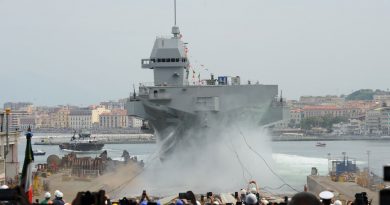 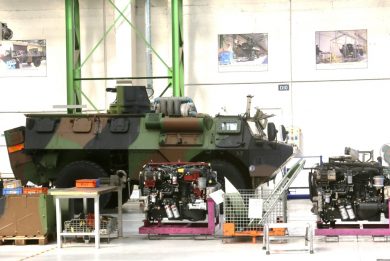 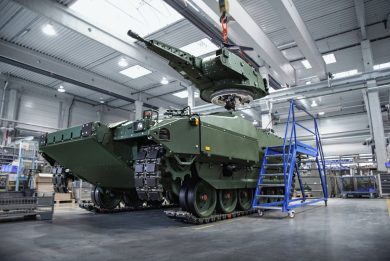 Krauss-Maffei Wegmann: increasing the group industrial base and designing a new IFV

01/07/2021 Olga Ruzhelnyk Comments Off on Krauss-Maffei Wegmann: increasing the group industrial base and designing a new IFV