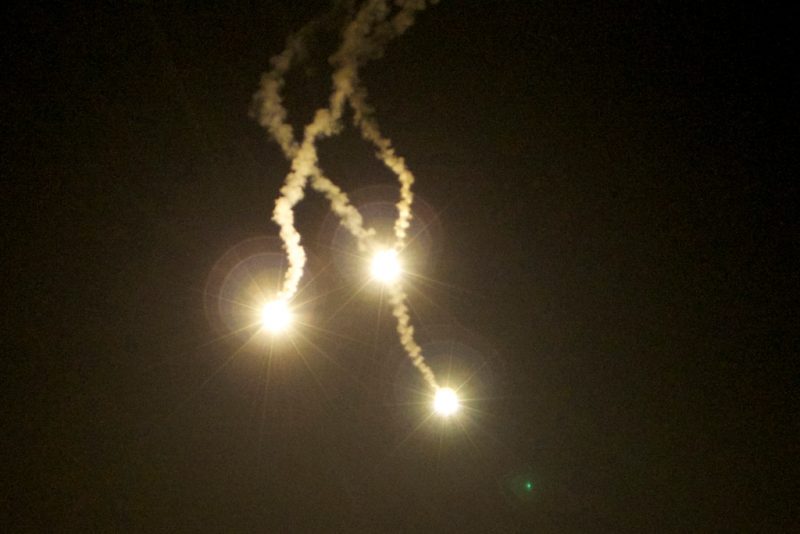 In November 2021 the Nexter Group, part of KNDS, announced the re-branding of its ammunition business, which is now known as Nexter Arrowtech. The three entities forming the group ammunition business have been accordingly renamed Nexter Harrowtech France, Belgium and Italy.

The French branch of Nexter Arrowtech has been working for some time in order to satisfy the requirements of the Armée de Terre, the French land component, which experienced the limitations of ammunition designed to be used in 39 cal howitzers rather than in 52 cal ones. Long time ago then Nexter Munitions developed the High Explosive round specifically designed to cope with the Caesar truck-mounted howitzer that features a 52 cal ordnance; known as LU 211, it comes in four different versions, Hollow Base (HB) or Base Bleed (BB) for extended range, the 8.8 kg explosive filling being either Comp B or the specific insensitive explosive XF 13 333 developed by Nexter itself. All versions have a weight of 43.9 kg and are 867 mm long, HB rounds having a 939 m/s muzzle velocity and a 30 km range while BB ones leave the barrel at 346 m/s and can reach up to 45 km.

According to data provided by the company, the LU 211 HE blast and fragmentation effect is over twice that of the standard M107 155 mm US round, and slightly superior to that of the ERB (Extended Range Full Bore) round. In the last decade Nexter delivered more than 150,000 LU 211, mostly to the Armée de Terre, which successfully used them in operation in Afghanistan, Iraq and Mali. “Lessons learned from ‘Operation Chammal’ in Iraq, which started in fall 2014, showed that while the Caesar characteristics could be fully exploited with HE rounds, cargo rounds designed for 39 cal artillery systems were not ensuring the same edge over the opponents as they could not be used with the full charge,” Dominique Bouchaud, head of the development programmes for Arrowtech France tells EDR On-Line.

Developing an illuminating round capable to fully exploit the 52 calibre gun barrel became therefore a must. In fact saying “illuminating” is not correct, as Nexter developed a cargo munition system, based on the M864 shell shape used also for the BONUS round, that will provide different types of ammunition to its main customer, the visible spectrum illuminating round known as LU 215 being only the first of a family. Being a cargo munition the aerodynamic shape is less favourable to that of the LU 211, hence the maximum range is around 35 km, well beyond the 17 km of the legacy M485A2. Not only, the illuminating intensity is 20% higher, 1.2 million Candela compared to 1 million, the illumination persistency increase being even higher with plus 74%, 80 seconds compared to 46 seconds of the older ammunition. Operationally speaking when the round opens over the established area and the parachute deploys, at a height of 400 meters above ground the LU 215 illuminates a circular area with a 400 meters radius compared to the 280 meters radius of the legacy munition, which in terms of surface means over the double, according to specifications. “In 2021 we carried out firing tests together with the French Army at the Bofors Test Centre in Karlskoga, Sweden, over 200 km west of Stockholm, and real results proved to be well ahead of the specs,” Mr. Bouchaud tells us. The LU 215 was qualified in 2020, the delivery to the Armée de Terre of a third production batch being expected in 2022.

However, as previously stated, Nexter Arrowtech France is working on complementing the LU 211 with a whole family of cargo rounds providing different effects. The second in the row is the smoke round, the LU 217 MS-SMK, which finished company qualification in December 2020 and is awaiting military qualification in 2022. Beside the increased range, the other key difference between the new round and legacy ammunition used by the French Army is that this one employs red phosphorous to generate a cloud of multispectral smoke, which is generated in a very short time and lasts longer, up to 2-3 minutes, compared to the smoke generated by white phosphorous. Moreover use of the latter is not accepted anymore by the Armée de Terre as well as by other western armies, due to its incendiary properties as well as to its toxicity. Each LU 217 contains six smoke canisters, that ensure the screening of an area with an 80-100 meters radius for a duration of 120-150 seconds, against observation in the visible and infrared spectrum, in the 0.7-12 μm band.

First deliveries to the French Army should take place in late 2023, EDR On-Line understanding that an order for over 1,000 such rounds was already filed.

Nexter Arrowtech maintains in its portfolio the fully qualified and in-service LU 214 SMK-WP, the two last letters indicating that its canisters are filled with white phosphorous, which is still proposed on the export market. This can reach a longer range, as it has the same ballistic standard of the LU 211, however it contains a lesser quantity of phosphorous hence a reduced duration of the screening effect.

Last but not least, another illuminating munition is currently under development, the LU 216, which is similar to the aforementioned LU 215 but operates in the infrared spectrum, with a luminosity of less than 2,500 Candela. While the LU 215 working in the visible spectrum can be used for warning shots and for detecting opponent’s assets in the open, the LU 216 is aimed at more subtle fire missions, aimed i.e. at disrupting a night attack especially against opponents that are not equipped with night vision systems. “The French Army awaits anxiously the LU 216, and we plan first deliveries for late 2014 or early 2015,” Dominique Bouchaud concludes. 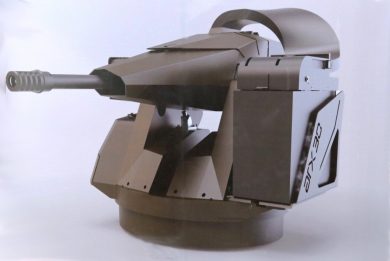 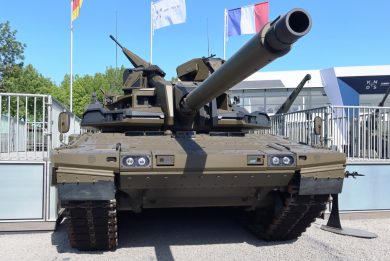