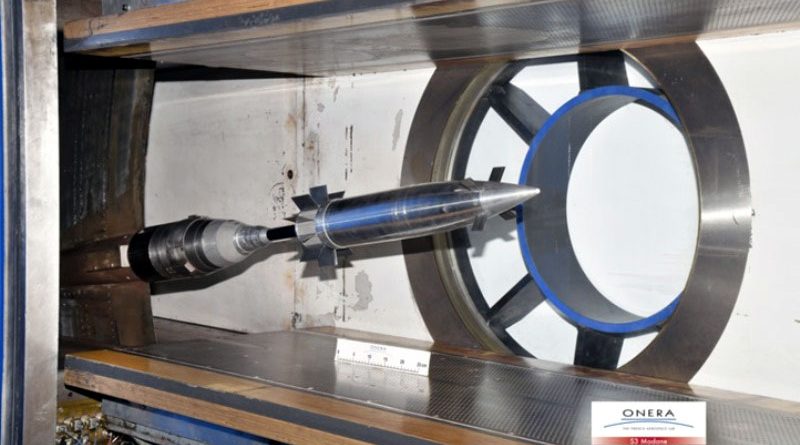 20/07/2020 – From 25 May to 8 June 2020, Nexter Munitions carried out two major test campaigns of the KATANA ammunition in the S3MA wind tunnel at ONERA’s Modane site. The 155mm KATANA technical team successfully tested the guidance function and ballistic behavior of the ammunition in this wind tunnel capable of covering speeds ranging from Mach 0.1 to 6.05. Despite the particular conditions imposed by the Covid-19, the two campaigns took place in excellent conditions thanks to ONERA’s professionalism and excellent cooperation between the both teams.

The trials could not take place during the containment period. Nevertheless, ONERA’s work on this program did not stop there: test technicians, instrument technicians, wind tunnel fitters and installation managers maintained dialogue with their customer and partner, Nexter. The projectile demonstrator was mounted on a stinger line (equipped with a roll head) on the stinger-holder sector of the wind tunnel.

The first campaign focused on the guided part of the flight, from the opening of the CAS (Control Actuation System – set of control surfaces), a device enabling trajectory control, until target arrival (see diagram). It made it possible to refine the digital models and test different ammunition configurations throughout the planned flight range.

The second part of the campaign in the Variable Mach Nozzle vein focused on the ballistic part of the firing from the gun exit to the CAS opening. It obviously also made it possible to confirm the numerical models, but also to check the constraints on the ammunition in these phases at very high speed. This campaign is a major milestone in validating the in-flight stability of the ammunition over the entire speed range. It was the last milestone before the first manned firings planned for this year.

The KATANA 155mm guided artillery ammunition is a priority program of the Nexter Group that meets the needs of modern artillery and is compatible with all types of 155mm guns of the JBMoU (Joint Ballistic Memorandum of Understanding) standard. By combining a very high-efficiency warhead with decametric accuracy, KATANA can handle all types of targets and reduce the risk of collateral damage, perfectly meeting the requirements for use in urban areas or asymmetric contexts. 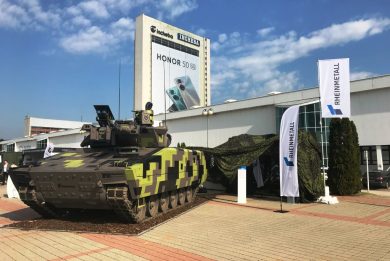 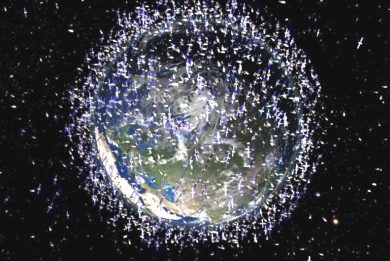 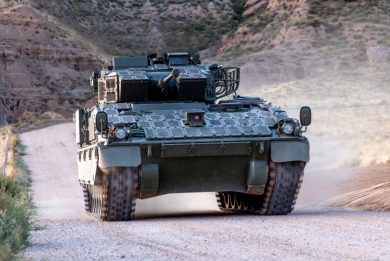