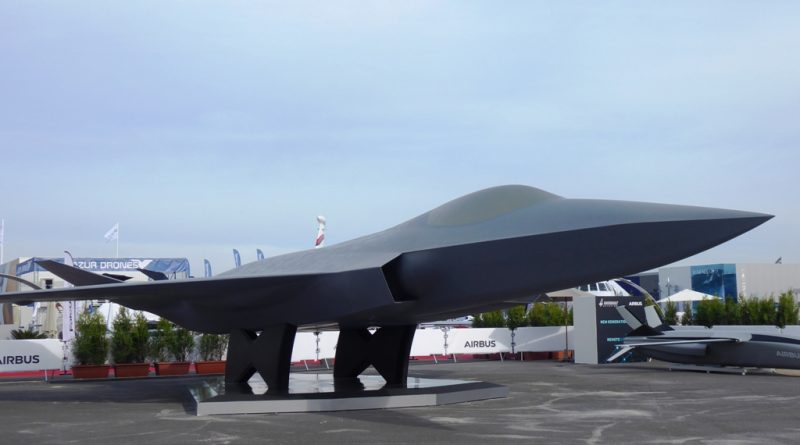 The unveiling of a full scale mock up of the FCAS and Remote Carriers models was attended by the French Defence Minister Florence Parly, the German Defence Minister Ursula von der Leyen, and the Spanish Defence Minister Margarita Robles, in the presence of French President Emmanuel Macron. The three Airbus home nations form the core partner in the development of a European NGF.

Spain, the latest team member, was officially welcomed at Le Bourget 2019 by the Governments of France and Germany as a partner nation in the sixth-generation Future Combat Air System (FCAS) programme although the agreement was announced earlier this year. 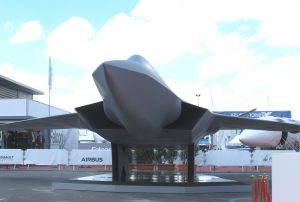 At the unveiling ceremony Alberto Gutiérrez, Head of Military Aircraft at Airbus Defence and Space, said: “Starting FCAS on a bilateral basis between France and Germany was important to kick-start the programme and to get it on track. The integration of Spain now is a credible step forward towards the envisioned Europeanisation of FCAS. Not only is Spain one of Airbus’ founding countries but it’s also an industrial stronghold for military aircraft in our company. The country is a key contributor to Europe’s defence capabilities as well as an experienced and trusted partner in joint defence programmes. So we’re not only glad to see Spain join FCAS, we also believe it is a natural evolution for the programme.” 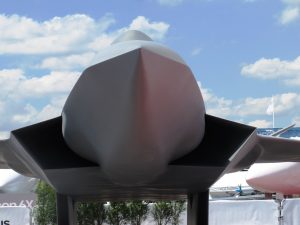 Dassault Aviation and Airbus SE delivered a joint industrial proposal to the governments of France and Germany for the first Demonstrator Phase of the FCAS. This next major milestone achievement in the programme was showcased by the reveal of the models by Eric Trappier, Chairman and Chief Executive Officer (CEO) of Dassault Aviation and Dirk Hoke, CEO of Airbus Defence and Space.

This Demonstrator Phase will cover the period between 2019 and mid-2021 and will serve as a starting point for demonstrators and technology development for a New Generation Fighter (NGF), Remote Carriers (RC) and an Air Combat Cloud (ACC) to fly by 2026. The teaming agreements, that also include MBDA Systems and Thales, contain a defined scope of planning of the first Demonstrator Phase, ways of working and commercial agreements. In parallel, Safran and MTU are in charge of developing the NGF Engine.

“The Joint Concept Study awarded to Dassault Aviation and Airbus in January 2019 was the first step in a fruitful cooperation between both companies. The first Demonstrator Phase marks another decisive step in the Next Generation Weapon System industrial organisation in which the New Generation Fighter, to be built by Dassault and Airbus, with Dassault Aviation as prime contractor, as well as the Remote Carriers and Air Combat Cloud with Airbus as prime contractor, will be the corner stone of the Future Combat Air System”, said Eric Trappier, Chairman and Chief Executive Officer of Dassault Aviation. “The progress we have achieved on the FCAS in recent months is remarkable. It will shape Europe’s most decisive military air combat programme for the decades to come and turn out a strong move in constructing Europe’s sovereignty.”

Dirk Hoke, Chief Executive Officer of Airbus Defence and Space, said: “I am very satisfied with the level of trust and partnership we have built with Dassault already in the execution of the Joint Concept Study, and now with the industrial proposal we’ve submitted to both governments. The principles of our industrial cooperation include joint decision making, a clear governance set-up, transparent ways of working, and a common preparation and negotiation of this first phase of the demonstrator activities.” 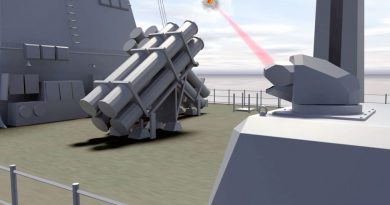 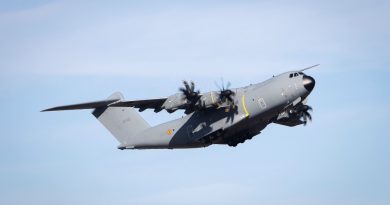